First hands-on with these HD’d RPGs

I keep saying that I’m tired of all of the HD-upgraded game collections coming to market for the PS3 and Xbox 360, but I’m still okay with the two that Square Enix have slated for this year. Both Kingdom Hearts HD 1.5 Remixand Final Fantasy X and X-2 HD contain games that any RPG fan would happily put at the top of their to-be-replayed list, but an HD upgrade to the titles within would make the replay experience even sweeter.

While no self-respecting RPG fan out there would have missed these titles, these re-releases give younger gamers a chance to play them on current systems, and that’s a great thing.

First up is Kingdom Hearts. Though the work on all titles previewed here continues, at the time of testing, Kingdom Hearts looked a bit better. Maybe it’s the punchy colors or the incorporated Disney designs, but running around in Halloween Town, I thought this game edged out Final Fantasy X visually for what was shown at the time. Jack Skellington looked awesome in his introduction scene, for example.

Cutscenes seemed to be slightly smoother than gameplay, but things were sufficiently smooth overall. Battles looked great, but they lacked the sharp looking set pieces that would catch your eye while exploring. Really, outside of some odd bits of background art having lower resolution textures, everything I saw of this upgraded Kingdom Hearts looked fantastic. This release will be a treat for series fans for sure, but should also open the door to new players with its fancy new look. 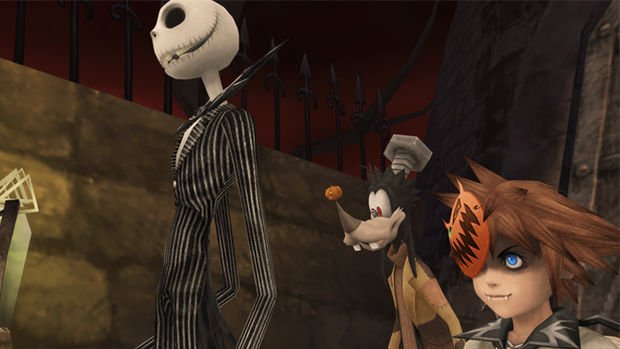 I spent more time with the PS3 version of Final Fantasy X than I did with Kingdom Hearts, though I was stuck playing through the game’s lengthy opening section, so it was a bit less rewarding to see the HD upgrade work.

That’s not to say that the game didn’t look great — it definitely did, with a new level of detail that makes the game feel fresh. The in-engine cutscenes early on use a lot of tight face closeups, and in each scene the facial textures were very clean and smooth, though you might find they lack detail when compared with current-day games. 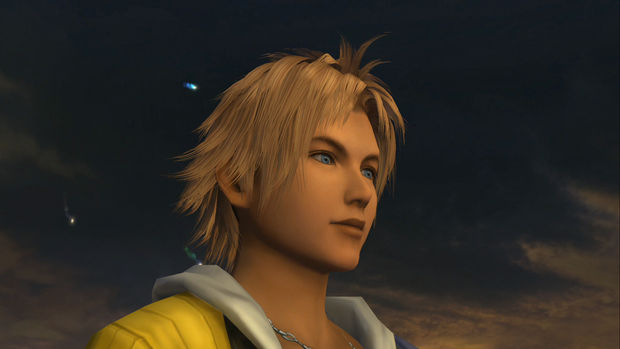 While it’s not fair to compare this PS2 RPG with current titles, it does manage to hold up nicely. This could have passed for an early Xbox 360 or PS3 JRPG, really. It looks old, but nice. Lighting, texture detail, and backdrops all seem to stand out more. The opening’s dark heavy use of blues and blacks meant that it lacked the pop we saw with Kingdom Hearts, but the water in the game’s opening looks really nice for PS2-era water!

Battles from early in the game were pretty cinematic for the time, and they hold up nicely even today with the HD upgrade work in place. The experience isn’t different in any way, but fans of the game will appreciate the small things: enemies show much more detail, the menu text font is sharp, and so on. 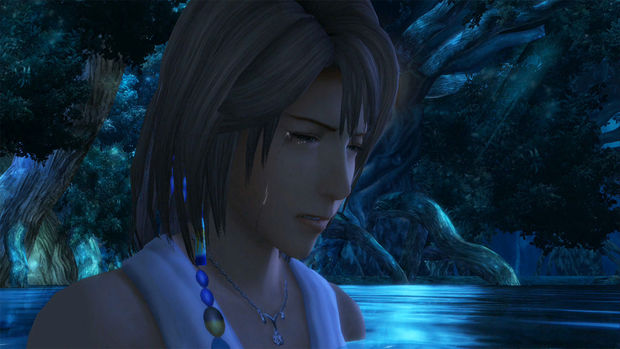 I did notice that when things turned busy graphically, camera panning turned a bit wavy and stuttered. Square Enix reminded that they’re still a bit of work left on these ports, so this could be fixed before release. Outside of this, Final Fantasy X has never looked better. I’m betting it’ll come off even better on the Vita’s screen.

You’ve probably heard this by now, but this HD upgrade is a straight port of the western release, meaning that we’re not getting that International Version that some series fans were hoping for.

These were the only two games available for testing, meaning that I didn’t get a chance to witness the magic of Final Fantasy X-2‘s Dresssphere transformations in HD. I can’t wait for that.