Surprise: not all scruffy white men

Earlier in the week we asked you to sound off on your favorite new videogame characters in 2013. Here are the results!

From cartoon characters to muscular senators to a young woman who just will not stop dancing, a wide range of new characters were represented from just about every genre imaginable (no farming simulators this time, sadly). Hell, most of them weren’t even unshaven white men with gruff voices!

Most of them, anyway. 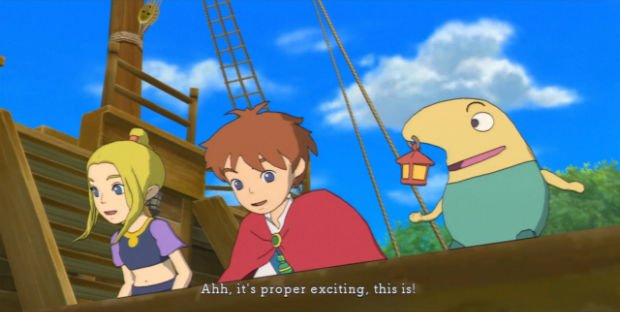 Mr Drippy makes me proud to be Welsh. At least, as proud as you can be of being Welsh.

For me that is definitely Mr Torgue. Meeting him in his own DLC and then really seeing the character fleshed out personality-wise in Tiny Tina’s DLC has made him easily my favorite character this year. I bought his Thanksgiving-themed mini-DLC (no achievements!) because of him and him alone. 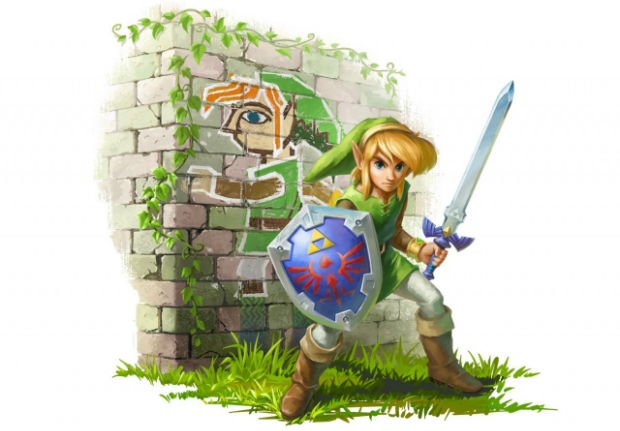 Link from A Link Between Worlds.

Since Zelda fans are split between Toon Link and adult/realistic Link (I’m for the adult Link myself, but don’t mind the toon one as much), A Link Between Worlds is just that: the best of both worlds. He’s got the cuteness of Toon Link, but the style of adult Link. Even his grunts and sounds are a mix.

My favorite character is most definitely Simon Blackquill in the new Ace Attorney game. Didn’t think I would end up liking him so much before I got the game.

He’s like a samurai criminal/prosecutor that speaks in old English. Yeah. He’s not your average character from the get-go. He’s also a psychological genius, using the power of suggestion to manipulate the judge and witnesses. Oh, and this guy’s got some interesting mannerisms, to boot. He’s strong enough to rip apart his prison chains and he can slice through stuff by flicking his fingers, as if he were swinging a sword. No lie.

I could go on, but I won’t bother giving away his whole character. He’s a brilliant prosecutor. Never dull or annoying, great design, fun mannerisms, manipulative yet never too much of a douche to hate, this guy’s pretty awesome. Not that we haven’t had awesome prosecutor characters in the past, but this guy really surprised me. I honestly didn’t think I’d like him. But here we are. Best character. 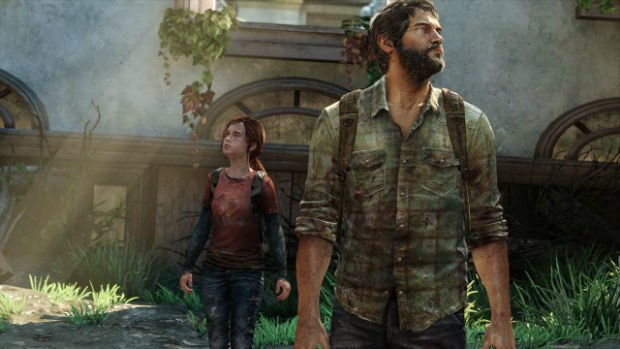 Joel from The Last of Us for me. His development as a character was really great in that game. You understand the choices he makes and what drove him to the person he becomes in the end.

Joel. There has never been a better representation of the savagery and kindness that can exist within a single human being in our most beloved industry. Troy Baker’s performance and Naughty Dog’s writing were spot on.

Honestly? Joel from The Last of Us. Never has a game made me feel so much for such an inherently flawed character. TLoU was quite frankly the best story told this generation. I was pretty taken aback by Naughty Dog’s choice to tell the story they wanted instead of giving the players a choice in the end. Also one of a very select few games that has me wanting to play through it again and again and really get everything out of it.

Ellie, from The Last of Us, was my absolute favorite character this year.Why?Well, when the game started, I found her insanely annoying. She wouldn’t shut up and I just could not stand her. Then, as the game progressed, I found that she was endearing and I grew to really enjoy her character. Of all the female characters this year, she was definitely the best written one, but also was one of the best written characters this year. That arch of “annoying to endearing to celebrated”, for me, was what made me appreciate her as a character. 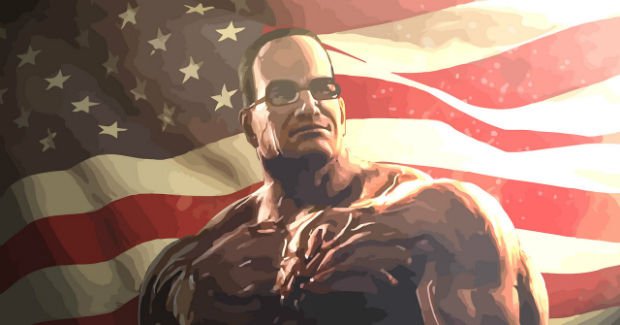 The guy shows up to be the final boss of the game, and pretty much steals the show with all of the ham and cheese he injects into every scene. He’s pretty much the perfect late 80s WWF villain. He’s like Sgt Slaughter meets Big Boss Man meets Mike Haggar meets Dick Cheney. And he has the best (and shortest) explanation for his superpowers, which still fits in pretty well withMetal Gearlore.

Senator Armstong may be the most Metal Gear part about MGR, but my favorite character was Jetstream Sam. He was Raiden, but so much better. His boss fight was a highlight of my year, his DLC was a fucking blast, and in a game with an amazing soundtrack Sam had the best music. I played through that game probably three times this year and Sams was always the best part.

If I had to pick one, I’d just say the children from Rogue Legacy. The way the game draws a lineage between your deaths makes it feel very personal.

Every moment with the Luteces. It’s like they are the set up and the punchline of some joke that’s forever being told at that bar where Sam from Quantum Leap ends up in the last episode and God is the bartender.

Wonder Red from Wonderful 101.Not the deepest, most complex guy around. But sometimes I just wanna play as some crazy hero guy. That’s all it takes to be my “favorite.”

Wonder Red was one of those rare cases of main protagonist being my favorite. He really brings the team together and he’s the one who brought the most hilarious moments.

I know I’m probably cheating by saying this, but my favorite characters were the cast of Fire Emblem Awakening. On their own, they aren’t all that deep, but as whole they each add something new to my multiple playthroughs. From the Knight Kellam who no one can see, to the no-nonsense Sully, each of the characters in Awakening were entertaining to interact with and use, and made each new battle all the more engaging.

I’ve kind of become a JRPG cynic in recent years like most folks, but the team in Tales of Xillia are the first cast in a JRPG I’ve genuinely liked in years. Leia and Elize/Teepo could be rather irritating, but they definitely were useful in battle, and they felt right at home in the skits. It’s surprisingly rare to see an old character among heroes in games these days, but Rowen is greatly capable in the adventure and is absolutely full with personality. Alvin should be almost unlikable, but he embodies the lovable rogue archetype so well that I just loved his wisecracking and flirtatious moments. Jude is a pretty nice guy and very determined. He had a cool design and I liked seeing a protagonist who was a medic/martial artist as opposed to the cliche knight with a sword. If I had to pick one who was the stand-out, I’d definitely say Milla. She’s a fish-out-of-water that still manages to pull through losing her powers, injury and a horrible fact about her life, to be a truly strong female protagonist who makes some intense decisions. Lightning who? 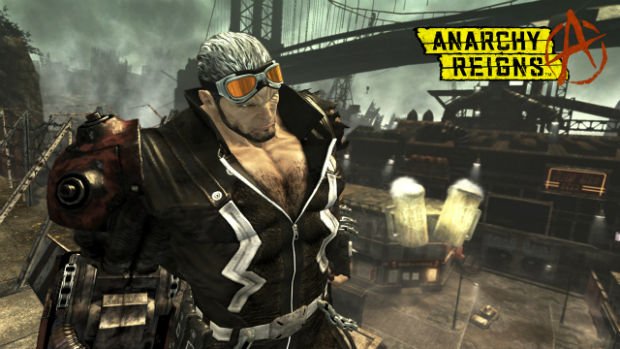 Jack Cayman fromAnarchy Reigns.I know he isn’t “new”, but technically, this isn’t the “same” Jack Cayman from Madworld (they both take place in different universes).

Anyway, why him? First of all, he is voiced by badass, legendary voice actor Steve Blum, and that gruff voice suits him so well (Troy Baker’s Joel is a very close second).

Second, I liked his character design: he comes across as a biker, which I didn’t like, but he’s a VERY muscular guy with a frickin’ chainsaw attached to his arm! With the DLC in Japan, it can even be gold! Plus, we don’t see too many older characters in Japanese games, the genre saturated with teenage boys (Nier Gestalt >Nier Replicant).

Third, I really loved his character development. While he was a badass inMadworld(winner of multiple tournaments, plus slayer of equally badass bosses), he was essentially a generic, single dimensional character that didn’t have an ounce of character development. At least inAnarchy Reigns, we see him as initially someone just trying to survive without his daughter, and when he is asked by the killer’s daughter to retrieve her father, I like how it eventually became less about the job proper and more about wanting personal vengeance.

His two fights against Maximillion were the stood out moments in the game.

Sorry, even with well-written psychopaths, avengers, soldiers, and survivors, there’s ONE true stand-out for me:

That guy who keeps trying to pass off the dodgy passports in Papers, Please.

Thanks to everyone who participated!

Did your character not get included? Tell us about him or her (or it) in the comments!