Elder Scrolls: Legends is still laying down expansions, and they’ve been pretty great. The next one is the Khajiit-centric (!) Moons of Elsweyr, which is arriving later this month and sort of meshes Voltronstyle with the Elder Scrolls OnlineElsweyrupdate. Before it gets here, Bethesda has given us a look at a new card in the set: the Cygnus Standard Bearer.

The standard bearer is a mid-costed card (4) that has a modest attack stat of three and a defense of two. However, in true bearer fashion, it summons an entire army with it based on each friendly support (and keeps summoning them). It’s really easy to slap this down in an uneventful lane and suddenly start a full-on war.

Moons of Elsweyr will arrive on June 27 on all platforms, and will add “over 75 cards” to Legends.The big mechanics this time are wax and wane (which grant you different bonuses based on the phase of the moon) and consume (“eat” a discarded card for bonuses, necromancer style). While that all sounds good, the theme is what I dig the most. GoKhajiit! 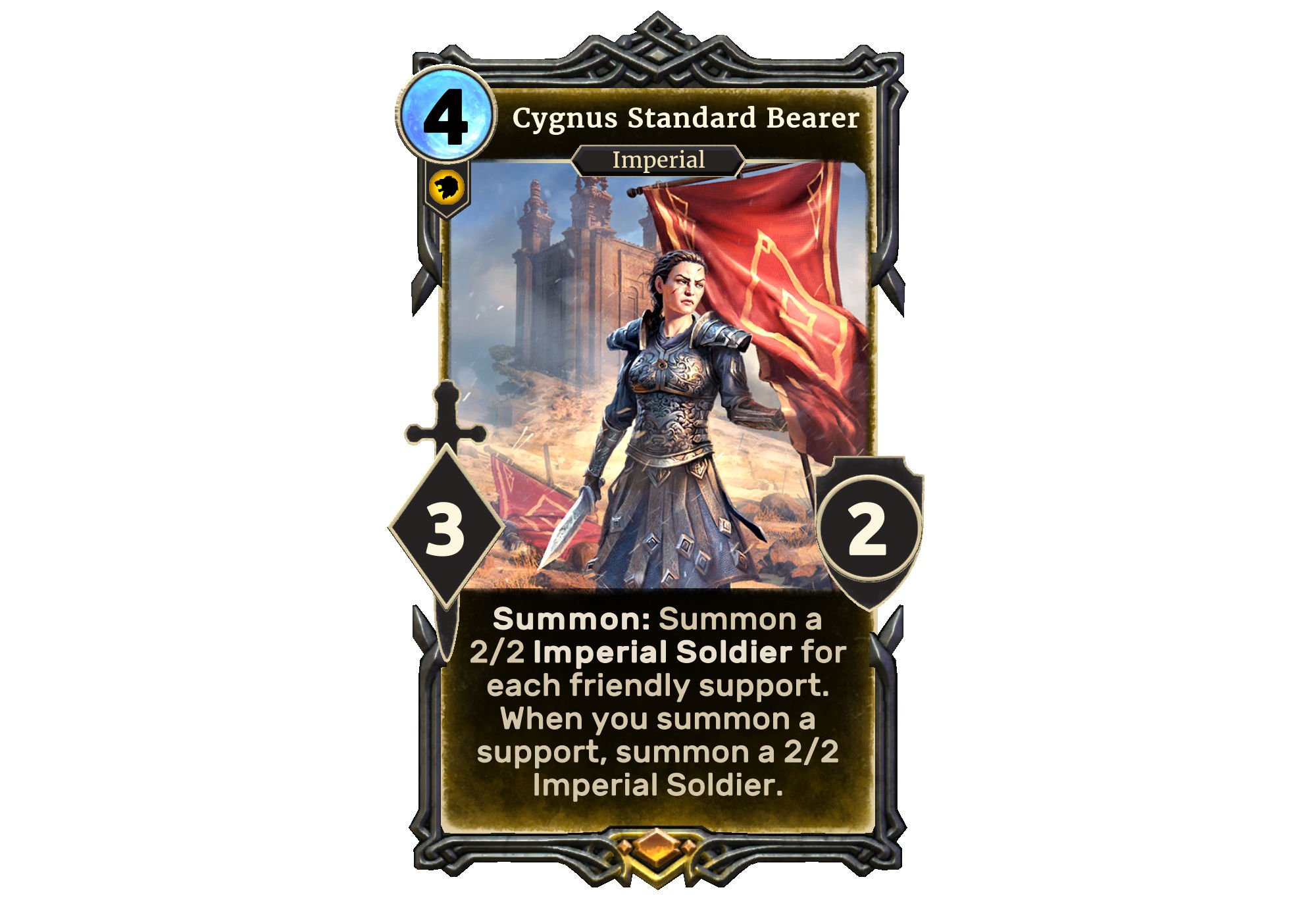 Many Imperials in The Elder Scrolls: Legends summon have effects that summon additional creatures, or “tokens,” and Cygnus Standard Bearer continues that trend – with a twist! Cygnus Standard Bearer also cares about the number of Support cards you have in play, and that you play later. This works perfectly with a card like Divine Fervor, a staple inclusion in aggressive Token decks. If you’re able to assemble a board of one or two supports, you’ll be filling up your lanes very quickly using this one card. If it survives for a few turns, you might even get some more free 2/2 Imperial Soldiers for your trouble.