Here's how Pokemon Shuffle Mobile stacks up to the 3DS version

After about my 50th hour into Pokémon Shuffle for the 3DS, I regretted getting into it late. When it released, I did what most people do when they hear “free-to-play;” I tuned it out without giving it a second thought. It wasn’t until a few months into the run I heard some of the fine commenters on this very website say that it’s pretty good that I gave it a shot. I’ve been hooked since.

But I had already missed out on so much. I don’t have Mew. I don’t have Mega Banette or Mega Blastoise. I’m at a disadvantage during the competitive events. The special stuff does recur, but it is still sporadic. So I was intrigued by the idea of playing Shuffle on my phone from the beginning. As it stands, I’m not so sure I’ll stick with it. 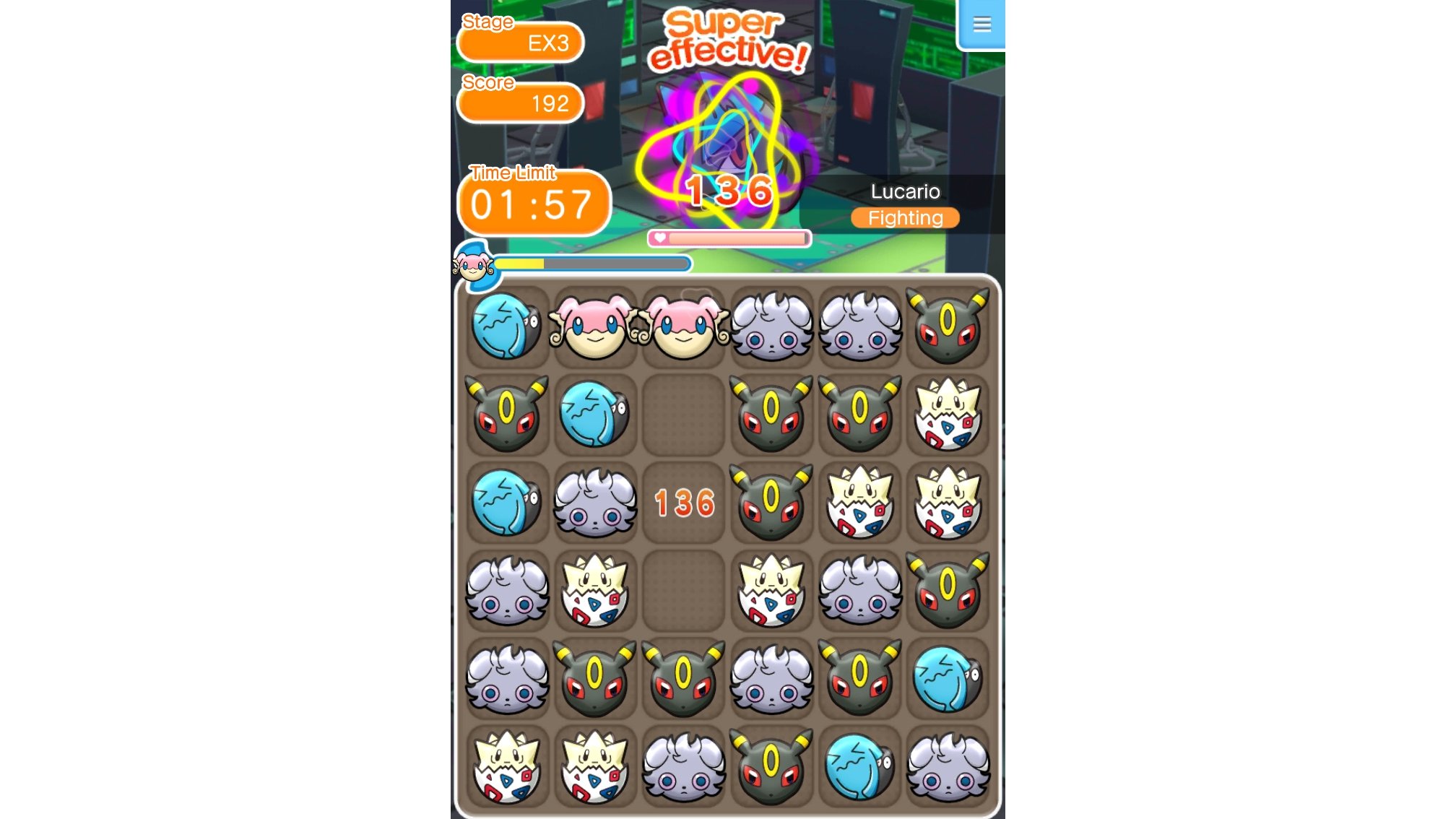 For the most part, Pokémon Shuffle Mobile is the same game as it is on the 3DS. It features the same match-three mechanics. It follows the same set of main and expert levels, and is currently featuring familiar special events (Meet Mew and The Daily Pokémon #1). Most of the differences between the versions stem from the hardware capabilities.

Most strikingly, the mobile version looks much nicer than the 3DS version. With higher resolution screens, the artwork is much crisper now. Those little Pokémon heads never looked cuter. That said, I have experienced some slowdown during big combos due to the increased graphical fidelity. I’m on a fairly old phone now (LG Nexus 4), so more powerful units might not suffer from this.

A big difference behind the scenes has to do with connectivity. Since modern phones are always online, there’s no need to be near wi-fi in order to check in for daily coins and updates. It’s a nice convenience, but there’s a double-edged sword here. Spending a heart to play a level requires an Internet connection, so there’s no playing on planes (or for me at work, where I get no reception in the basement laboratory).

Even with a connection, the requirement adds some loading time between screens. It’s not huge, but it’s noticeable.

The big worry I had about Pokémon Shuffle Mobile was with the control, but it turned out to be mostly unfounded. I figured my fat fingers would get in the way and maybe hit the wrong tiles, but the play area size is increased enough that it hasn’t been an issue. It took a bit of getting used to the timed expert stages, but I feel like I might actually be quicker with two fingers than with one stylus.

The biggest change between versions that some might not even notice is the tweak to the pricing structure. Jewels cost more, but they net more coins and hearts, but the items cost more coins. I’ve done the math (analysis forthcoming), and Mobile players get the raw deal. Briefly, the result of the price changes make playing without paying less viable.

The price hikes are exacerbated by the fact that one of my favorite 3DS features is missing on the mobile version; there’s no StreetPass. Where players could rack up hearts at conventions on 3DS through StreetPass, Mobile instead wants players to connect and send hearts to friends via Facebook. I personally don’t like bugging people on Facebook, so for me it’s either pay or wait. 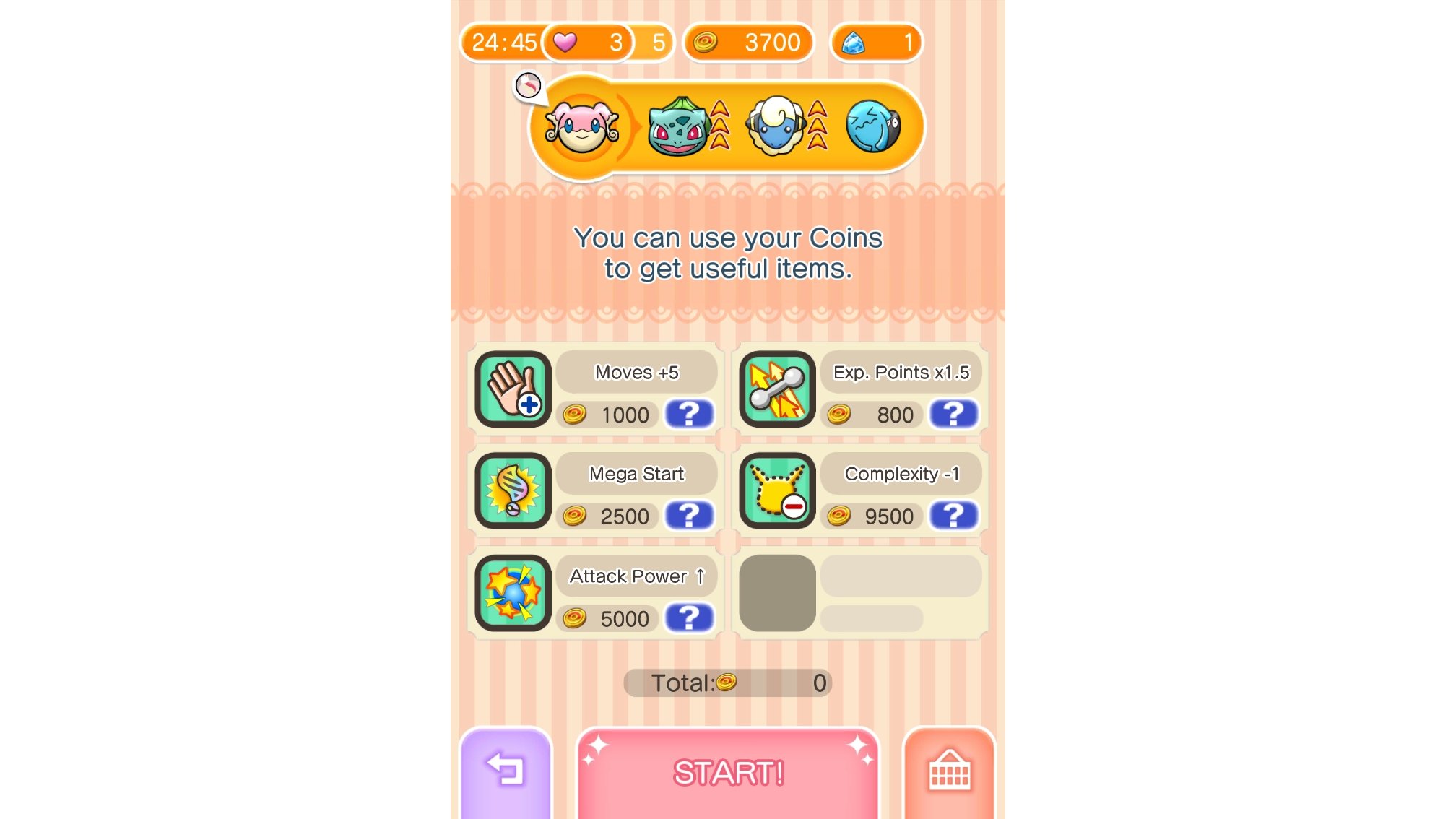 I’m torn. In a lot of ways, Pokémon Shuffle Mobile is a step above the original release. But then, in some ways that have a huge impact (the ability to play without an Internet connection, the viability of playing without spending money), it’s clearly inferior.

I haven’t made my final decision on which version to stick with. I’ve got about a hundred hours and 278 Pokémon out of the original, but I’m still enticed by the idea of seeing the whole set of special events through from the start. Those who missed out on the 3DS version have a much easier choice; if you think you might be interested, download Mobile now and check it out. If you don’t like it, you don’t like it, but that’s still better than finding out you like it four months late and having to play catch up.