This is why I love football, hate anime, and why both are the same

Late Saturday night and Sunday morning, I did a 101-block long, 7-8 mile walk horizontally through San Francisco, like a scalping of the city’s northern districts. It started downtown on the bay at AT&T Park, where the Giants went to play baseball after abandoning Candlestick.

Candlestick was walking distance from where I grew up. My mom worked there for a while. Only baseball games. She often brought home practiced and played balls stained with grass and infield dirt. Years ago, driving home from Candlestick, from a 49ers dismantling of Seattle, I was flipped over on the freeway by a drunk driver, trying to figure out if the blood on my jeans was mine (it wasn’t). I haven’t been back there since. Football tickets got too expensive.

The team is now in Silicon Valley and closer to a higher economic class (not out in “scary” — minority-packed — Visitacion Valley/Hunter’s Point). My landlord hasn’t missed a 49ers game in over 40 years, but he almost lost his season tickets in the move because of how much the organization has jacked up the prices. My rent wasn’t enough to keep him on the 50 yard line, in the middle of the action. Now he’s in an endzone corner. The stadium is sold out, of course, with the $110-$479 single seats now being resold for around $600 a ticket. Dropping over $100 in the second hand market gets you standing room only in the nosebleeds. 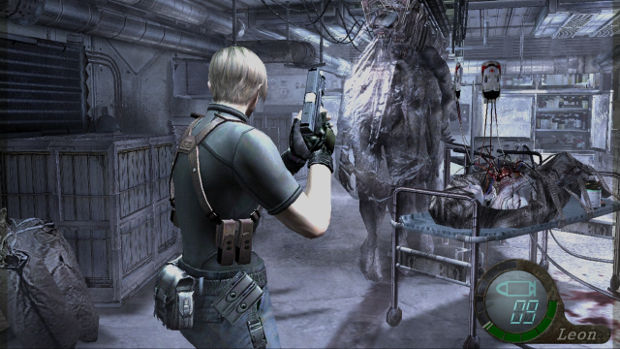 I love football, but I hate Football. That big “F” is the one in the middle of “NFL,” the most lucrative sports league in the world. It pulled in over $9 billion in revenue last year and wants to be at $25 billion by 2027. Jeb Lund sums it up in a recent Guardian article, “Does watching the NFL make you evil?“

The NFL is run by Commissioner Roger Goodell, an optics-obsessed water carrier for 32 chair-moistening, check-cashing aristocrats who leverage economic (and social) resentments to turn their own fans against the labor that creates the game, all while praising themselves as market players in a market that is rigged by law. They filch public funds and flush the effluent from their own monuments into the same local infrastructure they beggar with tax breaks and bond issues. They seem wholly indifferent to the treatment of people who compose half the globe. They let known frauds run teams and don’t care if team names are undisputed racial slurs. And they may have achieved all this shameless excess while suppressing knowledge that their profit engine was literally annihilating the minds of their employees.

Lund loves football and the NFL is football (outside of an equally corrupt, unsavory college game). I love football, too, for as much as I hate it.

Despite my ribbing insistence that videogames are not a sport, (team) sports and videogames have some similarities, from the corporate billionaire backing to the cog-in-a-machine system that sees few superstar individuals develop a name, a persona, or a place in an interested public’s consciousness. Most players’ names are unknown, from the woman who rendered all the trees in that one Tolkien-esque forest to the 34-year old pitcher retiring never having been called up to the major league. Or the practice squad player who blows out his knee at 23 and becomes a used car salesman. Often, they are tools. Ground to a nub, discarded, forgotten.

The more popular sports happen by the grace of teams, like the AAA teams that develop the biggest games. It’s a legacy that goes beyond individual staff members. The Bulls are still the Bulls post Jordan and Square Enix is still Square Enix. That these commercial entities produce something akin to art is cool; wisps of humanity escaping ventures enacted with capitalistic intent by puppeteers, but we love the show because the actors put everything into it.

It is the transcendence of the humaninteracting in an arcane, self-imposed system of rules, along with the earnest surprise that comes with divergence in those systems. Sports are a series of narratives (though, isn’t everything?) within a commodified, closed system. Anything that strikes a human cord and reverberates out is interesting and that din is what draws me to sports more than numbers, wins, or my favorite #brand on a stadium.

Losing is as interesting as winning. In the midst of an improbably good season, chubby, fastball throwing, 41 year old Bartolo Colon is “too fun to trade.” It’s why a hopelessly bad team is almost better than a middling team. It’s why the perfunctory Peyton Manning Colts — the Call of Dutyof football (or maybe the Pats?) — were so boring outside of Manning’s jazz hands and the occasional sick Reggie Wayne grab.It’s the same reason why our best stories about games, things we share with friends, are unique moments that happened to you (or your unique response to shared moments).

Because of my cross city walk, I woke up at 2 in the afternoon on Sunday. I got out of bed, made some chamomile tea, and started thinking about breakfast. Then, there was that Sunday snap in my mind: “Football.” I rushed to turn on my computer, to play catch up, to see how badly the Rams lost (34-6).

Scrolling through Twitter and sports sites, highlights and GIFs — oh, lord, the GIF was inventedfor sports— I saw, in this first morning and a half of football, things I’ve never seen in a long life of watching, playing.

I never did make it to breakfast.

I’d like to share some of these moments with you, through the artform of the GIF, mainly via SB Nation. The sense of — after all these years — wonder and surprise, the slack-jawed smiles, the deep inquisition into physical feasibility. These are some of the reasons I like sports, videogames, and anything else I like (red shoes, trees, sitting upside down on couches).

Plus, a punter takes aLiu Kang bicycle kick to the fucking face.