It’s not as new as I would have liked, but it keeps me going

Hyrule Warriorsis a massive game. If you want to 100% everything, get every weapon, and max out every character, it could last you roughly 200 hours or more. I’m hitting the 100-hour mark myself, due in part to the new Master QuestDLC pack that dropped yesterday.

The pack comes side-by-side with a free update that brings three new characters to the mix, and on its own delivers a new weapon (Epona), five new campaign maps, and a newer, tougher Adventure Mode map. 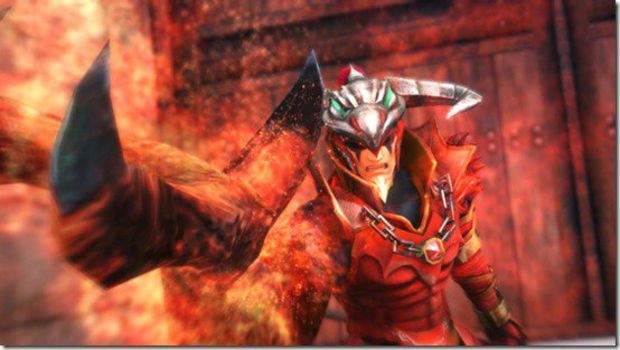 Let’s start with the additional campaign. Put simply, it’s a prequel and a side-story to the events that unfold over the course of the narrative. You’ll see Cia’s rise to power, how she recruited Wizzro and Volga, and her interactions with the denizens of each of the “portal” worlds like Skyward SwordandTwilight Princess. It takes place over five missions, all of which re-use maps from the story mode but offer new scenarios.

Where these maps really shine are with the game’s Hero difficulty. They’re some of the most challenging ones on offer, and you’ll have to employ some actual tactical thinking to best them without a few retries. The first map in particular is really cool in that it features three armies, all of which are constantly warring as the battle rages on. It also gives you a great look into the character of Volga, who is easily the star of the new update.

Link’s new Epona weapon is surprisingly one of the best parts of the package. It functions very similarly to horses in the Warriorsseries — outside of the fact that you can’t actually get off said horse. Attacks range from charges (with the classic carrot icons from past Zeldagames) and area-of-effect abilities. In other words, Epona can be used in every map without an issue and kicks a lot of ass. I really liked the added touch of the shadow aesthetic when using the Dark Link skin.

The new map is titled the “Master Quest,” and gives you another board to work through in Adventure Mode from square one. Although hardcore fans probably breezed through the first map without too much difficulty, Master Quest is going to put your skills to the test. Every piece of the map features a certain challenge requirement, like “no healing of any kind,” or a time limit on your objective.

This is on top of the fact that a lot of the levels are just harder in general, and some require the use and mastery of the new characters.In my mind this is a great way to do DLC, as it’s a natural progression from the first map. I would have liked to have seen something drastically different like a monochrome or Game Boy Color-themed Link’s Awakeningmap, but the missions speak for themselves. Having said that, if you didn’t dig the first map, you probably won’t bother to complete this one, and you should wait for the next DLC pack to hit — unless you like the idea of costumes and 8-bit weapons for your troubles.

Finally, the last part of the paidMaster Questadd-on is two costumes for Cia and Lana. These are essentially holy-themed getups, and while Lana’s isn’t all that special, it drastically changes Cia’s appearance from evil to good, which is something. Still, it’s not nearly as enticing as a Fierce Deity or Toon Link skin, per se.While the three free extra characters aren’t technically part of the DLC, buying Master Questunlocks a few perks, like their higher-level weapons and the ability to use heart containers on them. They’re also some of the most fun characters in the game by far. 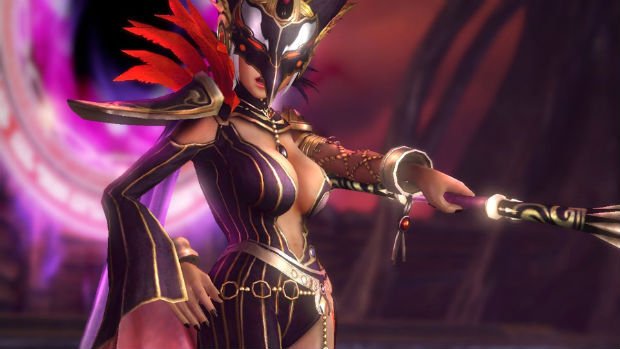 Cia’s badassery speaks for itself. As one of the core villains of the game, she uses her magic abilities and her whip as weapons. She can throw energy balls, summon flying discs to attack groups of enemies, and even summon a small army of Dark Links to lay waste to the battlefield. She’s an AOE-oriented character but still holds her own in one-on-one situations. She also feels completely unique, even from Lana. As a neat bonus you’ll also get two extra costumes right off the bat, including a hatless skin and a skin without her mask.

Volga took me completely by surprise, and ended up being one of my new favorite characters. He plays similarly to a polearm character from the Warriorsgames, which should make more than a few fans happy. His “dragon” aspects are also well done to the point where it doesn’t feel like they’re overdoing it, and wings and claws will sprout during specific attacks. In terms of raw power he’s one of the stronger characters in the game, giving you an extra viable roster option if you’re the min-max type.

Wizzro on the other hand feels weaker at first, but he’s a highly technical character that shines in co-op. What’s cool about him is that the vast majority of his attacks are ranged, putting him in a class of his own. He’s adept at juggling and has a very useful beam attack that can be aimed at single enemies or even groups. I really like how the developers allowed him to use some of the basic moves of the Poe enemies but keep his own style. 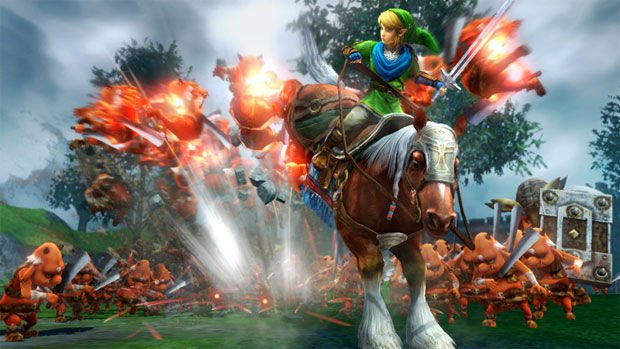 Hyrule Warriorsis on a roll. Not only does the base game have more gameplay than nearly anything released in 2014, but the DLC does a decent job of augmenting the experience. While I’d like to see a little more original content in future DLCs, the three characters alone will add hours of entertainment.