One of my favorite parts of the SNES Classic (aside from the system’s all-too-important rewind feature) is that it has Nintendo bringing up old behind-the-scenes tidbits. The mini console gives us a focused opportunity to collectively reminisce and also learn new or little-known details from some of our favorite video games ever. With that in mind, there’s something you’ve got to see.

Nintendo has posted a translated interview covering the production of Super Mario World and Yoshi’s Island. If nothing else, make a beeline for the section titled “I Want Mario to Ride a Horse!”

“When we were making Super Mario Bros. 3, [Shigeru Miyamoto] had drawn a picture of Mario on a horse, and hung it on a wall near where he used to sit. I would look at that and think, ‘I think he wants Mario to ride something.’ When we started making Super Mario World, we were working with the concept of a dinosaur land, so I had [character designer Shigefumi Hino] do art for a kind of reptile,” recalls director Takashi Tezuka. “It was like a crocodile,” which ended up feeling “out of place.”

“Tezuka had done a rough sketch and it was cute and pretty good, so I polished up Yoshi into his current form based on that,” Hino explained, before dropping this bombshell of an image: 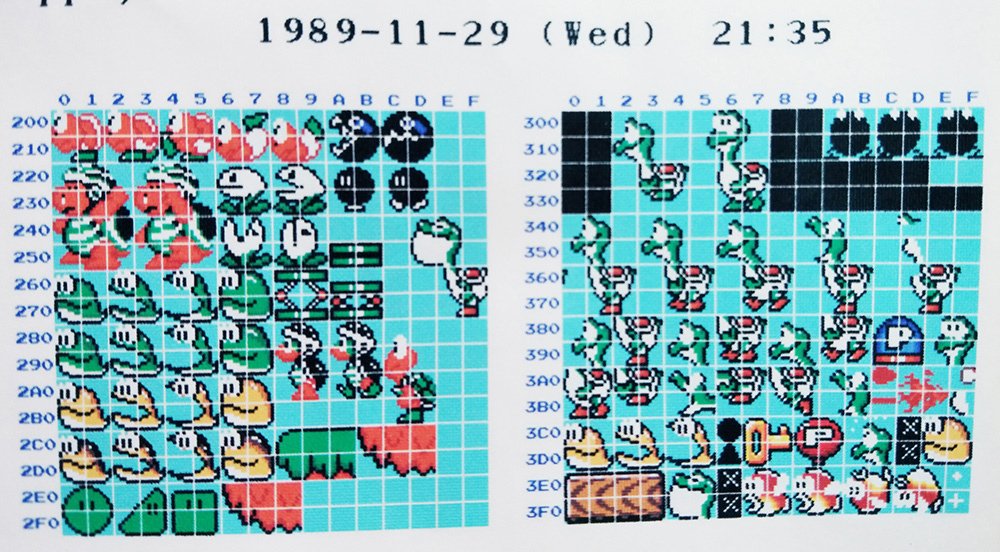 I don’t know where to look, folks. There’s so much going on!

But Yoshi. Dear, sweet Yoshi… I’ve seen too much.

Twitter user @Programancer ran with this concept and did what needed to be done:

Oh yeah I updated that pic of Yoshi pic.twitter.com/eAausueWTE

The interview also notes that Yoshi has a “shell,” not a saddle, and yeah, Mario’s punching him.