King of the Road

The Forza Motorsport series has somehow become Microsoft’s flagship franchise for the Xbox brand. Regardless of how Halo launched the console into prominence in 2001 or how Gears of War blazed a whole new trail of third-person, cover-based shooters, Forza is the game that has stuck around for three consecutive generations while other attempts to galvanize the Xbox brand have come and gone.

When the Xbox One launched back in 2013, people were expecting the next-generation version of Forza to be a real treat, but it mostly came out undercooked. Lacking features and cars that the phenomenal Forza Motorsport 4 contained, 5 felt like a rushed effort to meet a launch for a console that was rushed to combat Sony’s impending launch of the PS4.

It wasn’t until Forza Horizon 2 that Turn 10 and Playground Games nailed what a next-gen entry in the seminal series should look and play like. Thankfully, Forza 7 gets basically everything right, including its PC port. 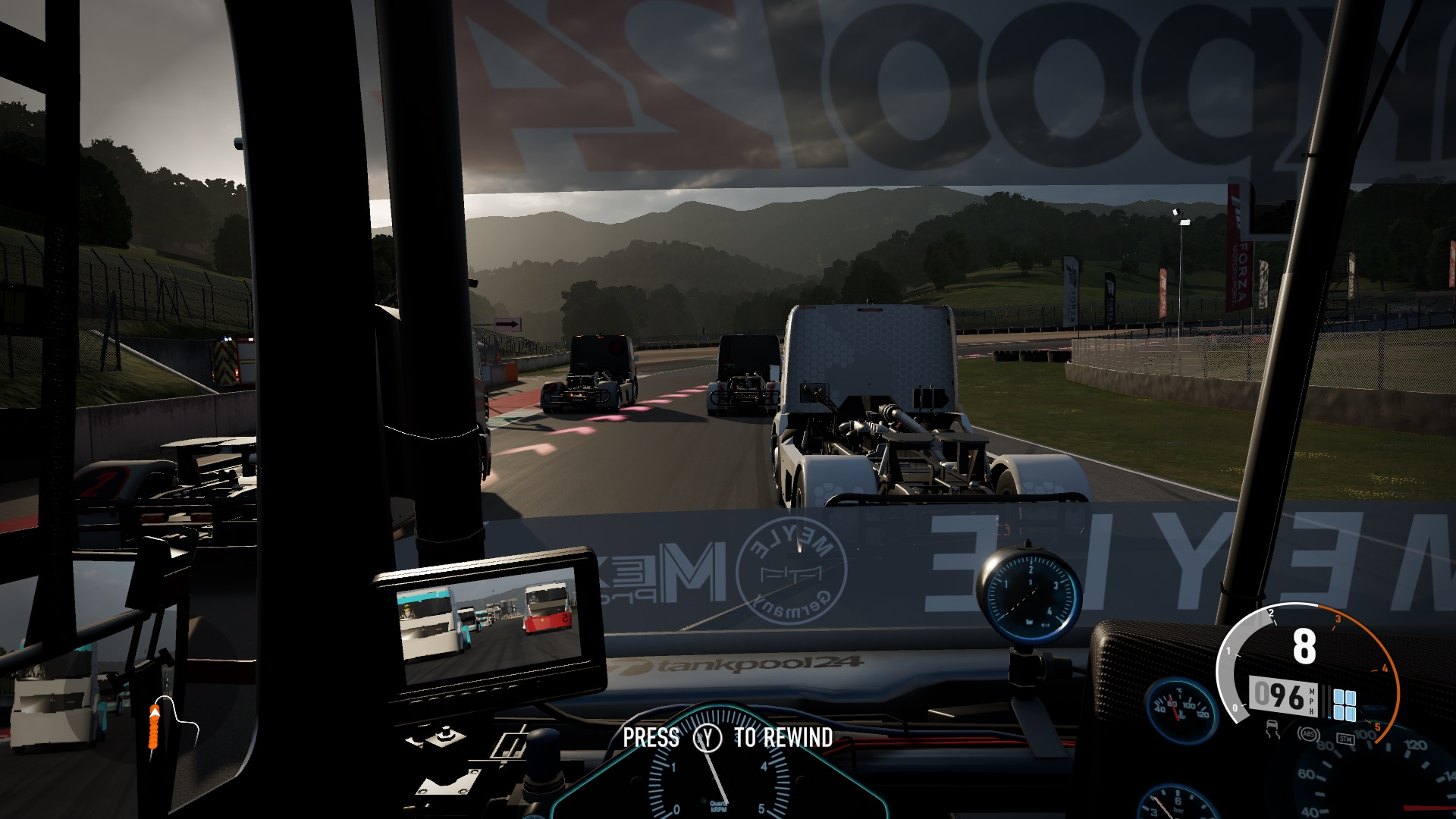 Similar to how Forza 6 starts off, Forza 7 pits you in a series of introductory races to get you acquainted with the feel of the updated handling model. You’ll take the role of three legendary racers and recreate the most pivotal moments of their career (which you can oddly fail and still proceed on). It at least introduces the fact that the roster of available cars for 7 is insane.

My biggest gripe with Forza’s next-gen debut was that Turn 10 seemingly forgot the massive collection of vehicles they included in Forza 4. I know next-gen development is expensive and car manufacturers tend to be incredibly stingy with the models they want on display (hence why Gran Turismo didn’t have damage modeling for nearly a decade), but dropping the count from nearly 500 down to 200 just felt odd. It was like Turn 10 wasn’t given enough time to properly develop the game, which also came off in the visual presentation side of things.

Forza 7 corrects those errors and even tops the last entry in the series by including a little over 700 cars at launch. Just browsing through the “My Collection” screen is intimidating. Where do you even begin? I suppose it pales in comparison to Gran Turismo 6’s 1197 cars, but you also don’t get a lot of repeats or novelty vehicles (like a Moon Rover) and the sponsored Fast and Furious cars are kept to DLC to help limit copied vehicles. It makes for a vehicle selection that offers a wide range of options and styles to accommodate every kind of racing fan.

The technology powering these newer Forza titles is just as insane as the car selection. There are moments of such graphical fidelity that I honestly forgot I was playing a video game. If you were to put your TV or monitor on a wall, you would be forgiven for mistaking it as a window. Forza 7 looks absolutely gorgeous and even has support for resolutions beyond my measly 1080p (which I will be looking at on my friend’s beefy rig).

As for the handling model, this definitely feels reminiscent of past Forza titles. This isn’t exactly a realistic sim, nor is it a straight arcade racer. Forza has always straddled the line between hardcore and casual racing and 7 continues that. The full range of assists and difficulty options that have become standard are present and accounted for while the excellent Drivatar system makes a return. I love having my friend’s driving patterns get interpreted into an AI that I can race when he’s busy.

The campaign mode on offer this time is very extensive. Offering six different categories that are progressively unlocked, you’ll have various events strewn across a multitude of tracks that offer up challenges such as standard circuits, car bowling, model showdown (racing a newer make of a car against older ones) and even Gymkhana representation (which I’m sure everyone was screaming for). 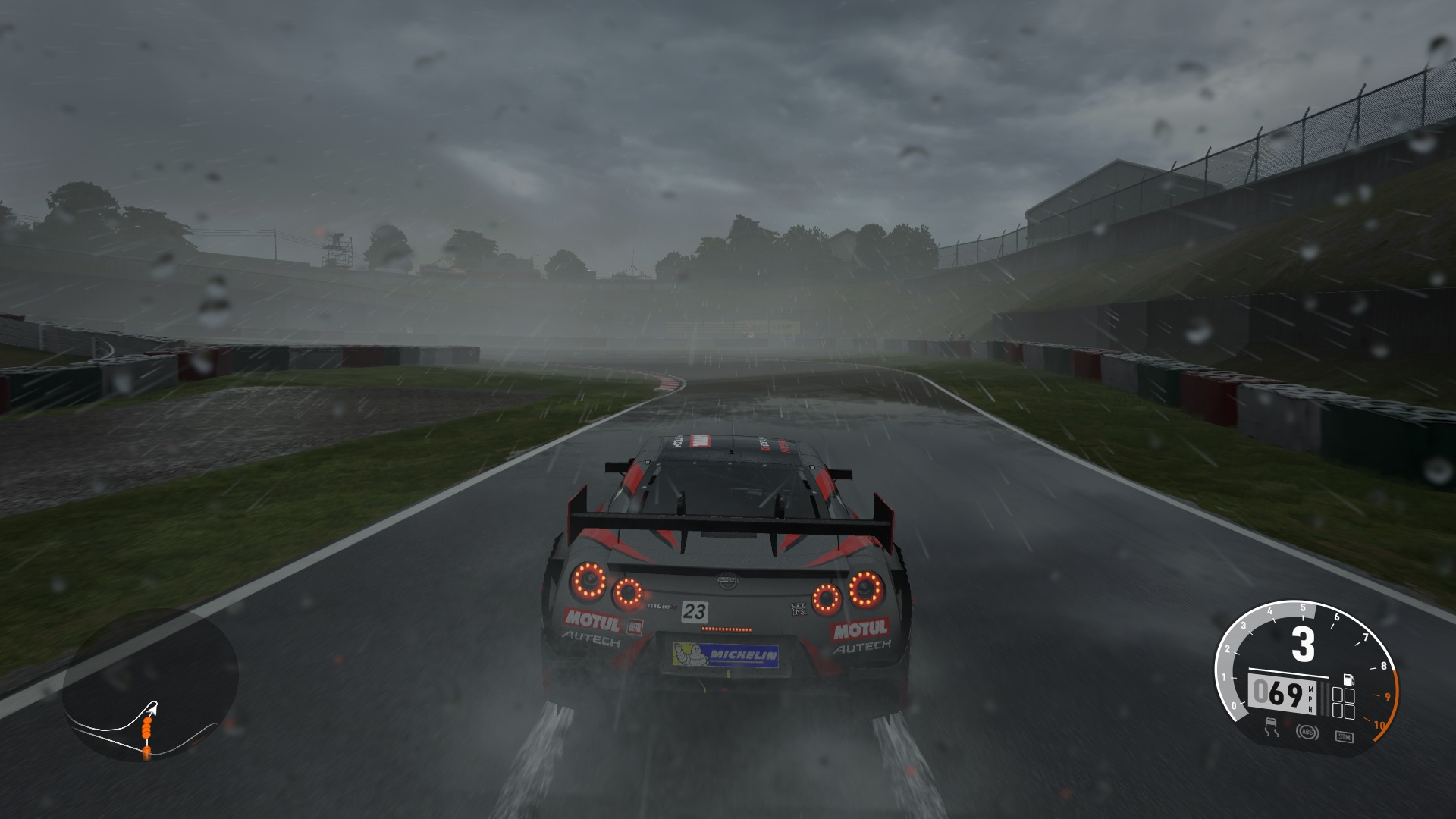 What I love is the ability to tweak parameters of each race. If you truly wanted to, you could turn every event into an endurance race and circle around your favorite track for 45 laps. Why anyone would want to start the campaign with such a parameter is beyond me, but Forza 7 lets you customize your experience as little or as much as you want.

This also boils over into your driver, though with very limited options. Through the introduction of prize boxes (a.k.a. loot crates), you can acquire different uniforms to put on your driver and show off online. It is completely basic and doesn’t even factor into the actual racing, but it’s nice to finally have something other than liveries to look forward to.

What does strike me as odd is how multiplayer seems to be cut down. Maybe this is due to me testing it on PC, but there is no split-screen whatsoever. Despite having multiple controllers and even a keyboard plugged in, the only multiplayer option available was online lobbies. Those work without a hitch (due to Xbox Live being pretty solid), but it feels weird that a more powerful machine isn’t given the option to offer simultaneous multiplayer. 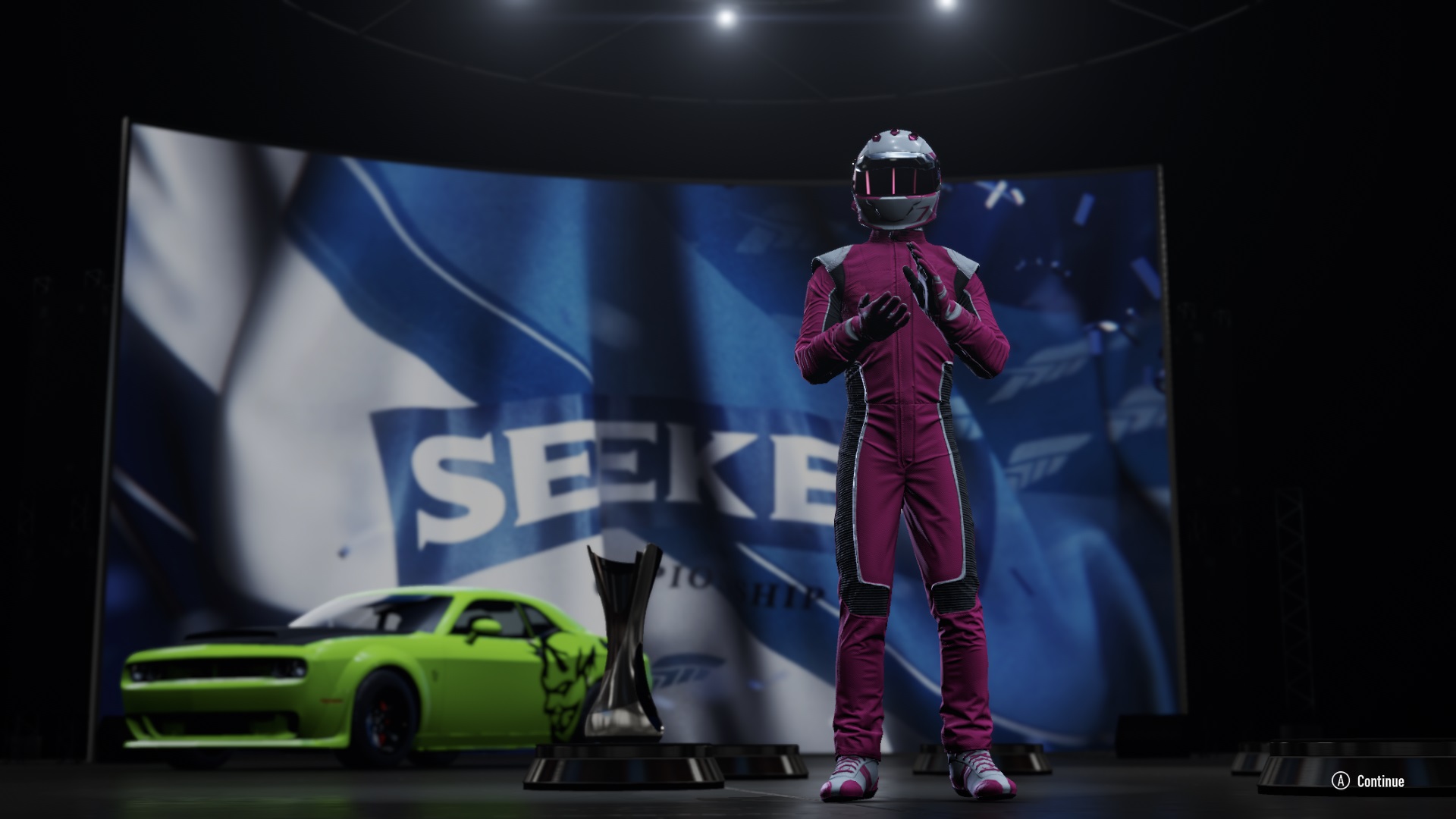 Finally, I’ll address the performance of this PC port, which is nearly flawless. There are some stuttering issues due to the way the Windows Store compresses files, but even on my meager setup of a Core i7-3770K and GTX 1060, I was able to max out the visual settings for 1080p and even enable some super sampling while maintaining a solid 60 FPS. Forza 7 is a dream to play on PC and having the ability to enable a dynamic quality option will basically ensure that a wide range of configurations maintain solid performance.

Even only a few hours in, I can tell that I’m in for quite the experience. Forza 7 doesn’t necessarily rewrite the playbook on how racing games should play, but it provides the most content of any game in the series while also looking like an absolute wonder. This feels like the game that should have launched alongside the Xbox One all those years ago, but at least we’ve finally gotten there.

Now we’ll just have to see if the campaign holds up after extensive play. Still, even if it doesn’t, the choice offered to the player in how to experience this latest iteration of the franchise separates it from most racing games. You’re given the keys to the castle from the get go and you can explore as slowly or as quickly as you want. Choice is king and nearly every aspect of Forza 7 has an option that you can tweak. That customization is what excites me the most.