Dosh! Grab it while it’s hot!

It’s been a good while since the release of the original Killing Floor back in 2008. Over the years, its been sitting on the Steam best-sellers list for quite some time, and built a loyal and dedicated following. While hoard-based zombie action games with heavy co-op focus are certainly not in short supply, Killing Floor was among the cream of the crop for its tight and focused gameplay. And now, after so much time, Tripwire Interactive is finally ready to give fans a taste of the upcoming sequel on Steam Early Access later this month.

At a special event showing off Killing Floor 2‘s upcoming build for PC, the folks at Tripwire started their presentation by stating that they wanted to do “Early Access right.” Over the years, Early Access has been, for better or worse, a common practice for many PC developers. Allowing players to pony up cash for an unfinished version of the game, creators are able to earn income from sales well before a game’s official release. And while there are many success stories, there are others that have not turned out so well.

Evidently, the developers at Tripwire Interactive are well aware of the pitfalls.In order to ensure that a true sequel would be something that the fans would be proud of, they want them to be able to have a deep and thorough look at their follow-up. 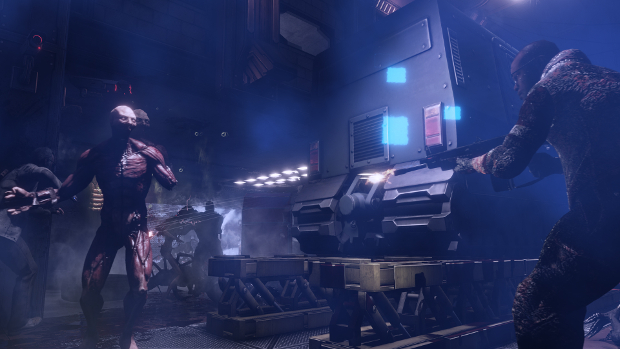 Set sometime after the zombie pandemic that swept England, the virus has now crossed over to Europe, creating chaos and destruction in its wake. Returning from their exploits in England, the survivors travel to Europe in order to continue their fight against the swarms of the undead and the mutated scientists that gave rise to such horrid creations. As you battle waves of foes, you’ll acquire the cash to expand your arsenal and skills to take on greater challenges that await.

For those unfamiliar, Killing Floor 2 continues with its predecessor’s focus on fast-paced cooperative action set on several maps across zombie- and monster-infested locales. Starting off with the basics — pistols, knives, and healing and welding tools — each kill earns you dosh (in-game currency), which can be spent at stores in between waves. As you clear waves, the challenges become far more difficult, as common zeds will be in greater numbers, and special elite monsters will also come into the mix (beware the Sirens and Flesh Pounds!). You’ll have to learn the layout of the levels to know certain choke-points to take out the hoard, and which doors to keep welded shut in order to slow their movement throughout the map.

With the announcement of Early Access, the devs wanted players to get their hands on KF2 to not only experience a sizable taste of the eventual final release, but to also allow for hardcore fans to give their thoughts and feedback, which they hope to implement into future updates. At launch on April 21, players will have four classes to choose from — such as the melee-focused Berserker, the assault class Commando, the back-up unit Support class, and also the Field Medic. Each class focuses on the core functions of the team, and ranking them up will unlock special perks and upgrades that can be chosen to create builds. Though keep in mind, there will be another six classes to choose from in the final release. 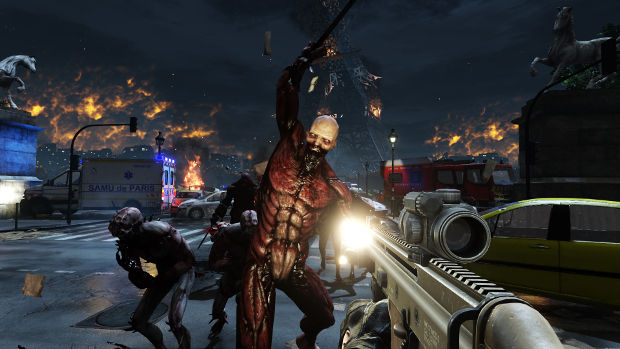 Many of the characters from the original game, such as Mr. Foster, DJ Skully, and Reverend Alberts have returned, along with a new set of characters joining the struggle. Not only is there a stronger focus on diverse characters of different genders and nationalities, they’re each far more fleshed out and given more presence. Instead of just flavor text accompanying their character art like in the original, each character has detailed dialog in-game, which sees the survivors have banter with one another during battles.

I stuck with the gas mask wearing Mr. Foster for most of my session, and I was pleased to see that there any many different clothing and accessory options for him. Which is reassuring, as he’s one of the most popular characters and the different options will be sure to help players differentiate.

“For the characters in this game, we wanted to give each of them their own unique personality,” said art director David Hensley while discussing the roster. “We also wanted to add in female characters from the start, so every character has their own unique voice and script. We put a lot of time into concept art, developing their character and back-stories.”

Unfortunately the one character than many loved to hate, The Trader, didn’t make it over the course of the epidemic. After realizing how reckless it was to have traders keep shops open in heavily infested battle zones, weapon manufacturers have sent several 3D printing pods down to the warzones, which allow for easy and quick access to their merchandise. The shop menu feels much more refined. Not only that, the selection of gear feels way more diverse. Of course, you have your selection of pistols, shotguns, rifles, and melee weapons. But the arms dealers have some new toys to show off to the humans battling the horde, such as a medic machine gun that will heal allies and kill zeds with the same rounds, and a heavy weapon that fires off buzzsaws. 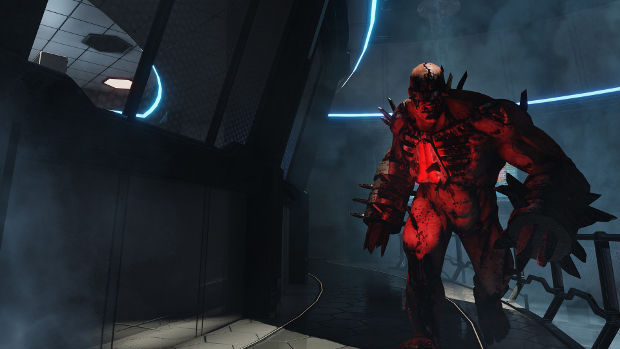 The developers took a lot of notes over the years from the KF community, which they applied to its sequel. In many ways, this is a culmination of years of work from Killing Floor and even the Red Orchestra series. Many tweaks and upgrades made to the game and its engine are from direct feedback they’ve gotten, and with the Early Access build, they plan on adding another layer of refinement. For instance, the difficulty modes have been tweaked. Beginner mode has been removed, placing Normal as the lowest setting, while a brand new mode called Hell on Earth is now the highest difficulty to choose from. In the latter, swarms are increased and they take more damage.

While the gameplay is very much the same, it feels far more polished than in the original title. For instance, the visuals on display are a massive upgrade. Not only is combat chaotic, and incredibly gory — seriously, the levels were caked with blood and guts during the later waves — the pace feels much faster and to the point. No more having to travel great distances to the battles, as the layout feels tighter.Moreover, the super stylish but somewhat jarring slow-mo Zed Time (which triggers when players get a critical hit) has been slightly reworked, and only comes into effect when you trigger it or are within range. Furthermore, the melee attacks have be upgraded somewhat. Not only are there new melee weapons to use, there are also situations where your character will be grabbed by enemies, either boss characters or common zeds, and you’ll have to use your melee moves to free yourself.

In addition to these upgrades, server browsing has been upgraded, allowing for easier searches through the browser, and will even work with the brand-new Party feature. This was in response to the original’s server listing, which the devs admittedly said wasn’t all that great, and they also wanted to stick together instead of coordinating outside the game to find a place to play. With the party option, a group of six can join as a party, which will keep you together while looking for servers to play your next game. 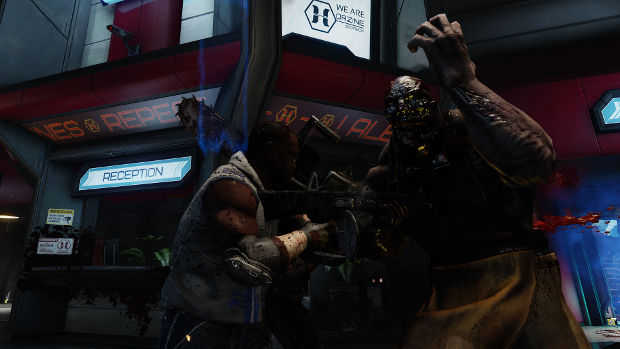 During our session, we played on several maps on a variety of different difficulties. On the Burning Paris map, we took to the streets of France’s capital city to fight off zeds from a number of semi-secure locations. With the Support class, I was able to help weld doors much quicker than other players, which only served as a temporary solution to an overarching zed problem. I was cleaning house with the AA-12 shotgun, which allowed me to mow down foes quickly. And yes, activating Zed Time with it was super satisfying.

After surviving the final wave, we managed to make it to the final round against the boss monster. Though the Patriarch was the recurring boss monster in the previous title, Killing Floor 2 aims to switch it up with several randomly-chosen boss characters to battle against. This new one, which unfortunately I am unable to describe specifically due to the developers wanting to keep it as a surprise, was certainly different than the Patriarch. The fight was brutal and rough, and I’m sure many fans who’ve longed for a new boss to fight will enjoy it. But as you could probably guess, we didn’t make it. The new boss overpowered us easily, and we only got him whittled down to half health before he took us all out.

We had quite a bit of time with the Early Access build, and I’m inclined to think that many fans are in for something special once this is out on the market. Thankfully, the folks at Tripwire listened to the community and didn’t stray too far from what the made the original such a blast to play. And not only that, the developers have been keeping an eye on modded content from the original game, which prompted them to incorporate official Steam Workshop support for Killing Floor 2. So go nuts, modders! 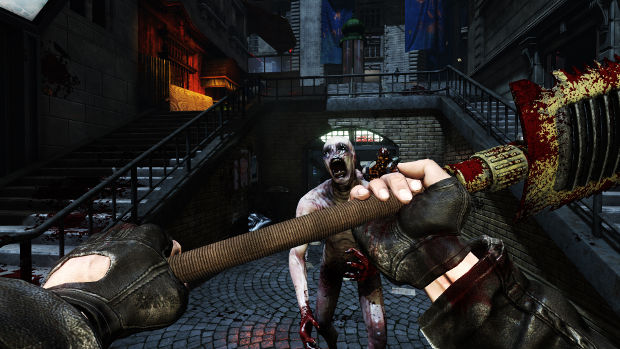 I’ve played quite a bit of the original Killing Floor, and I had a blast experiencing what the developers have in store for the next installment. Initially, I was pretty worried that it would be exactly the same game with just a fresh coat of paint, and while that’s true to an extent, it truly doesn’t need all that much change to make it a solid follow-up. At its core, it’s a game about shooting stuff up and working with a group to take down impossible hoards in gory over-the-top fashion. And Killing Floor 2 definitely succeeds in that.

With Early Access, there will be three maps, four classes, eleven unique monsters, eight playable characters, a new boss monster, and also mod support for custom levels and the like. With their “Early Access done right” mantra, Tripwire feels that giving players a good chunk of the game along with the tools to reconfigure and customize it to their liking is what fans want. I’m definitely excited to see what’s next for Killing Floor 2 in the coming months.