Our disdain for season passes is well-documented around here. Too many publishers look to turn $60 worth of revenue into $100 by way of a $40 mystery season pass. We rarely know how the base game will end up, but consumers are routinely asked to double down on their excitement and blind faith by almost doubling their investment ahead of release.

Lego Star Wars: The Force Awakensis an offender in that it has a season pass, but it’s a relatively minor offender. Today, Warner Bros. officially revealed the game’s $10 season pass. Included are three level packs and five character packs. Individually, the level packs are said to sell for $3 each; there’s no mention of how much the character packs will cost.

While it still treads that line of slight savings for an upfront commitment to all the content, at least the scale is reasonable. Ten dollars? Yeah, that’s an amount I’d be comfortable paying if I enjoyed the game and wanted more of it. It’s a far more sensible proposition than being asked to plop down $50 for more Battlefrontmaps and then ending up bored of the whole thing after two weeks. 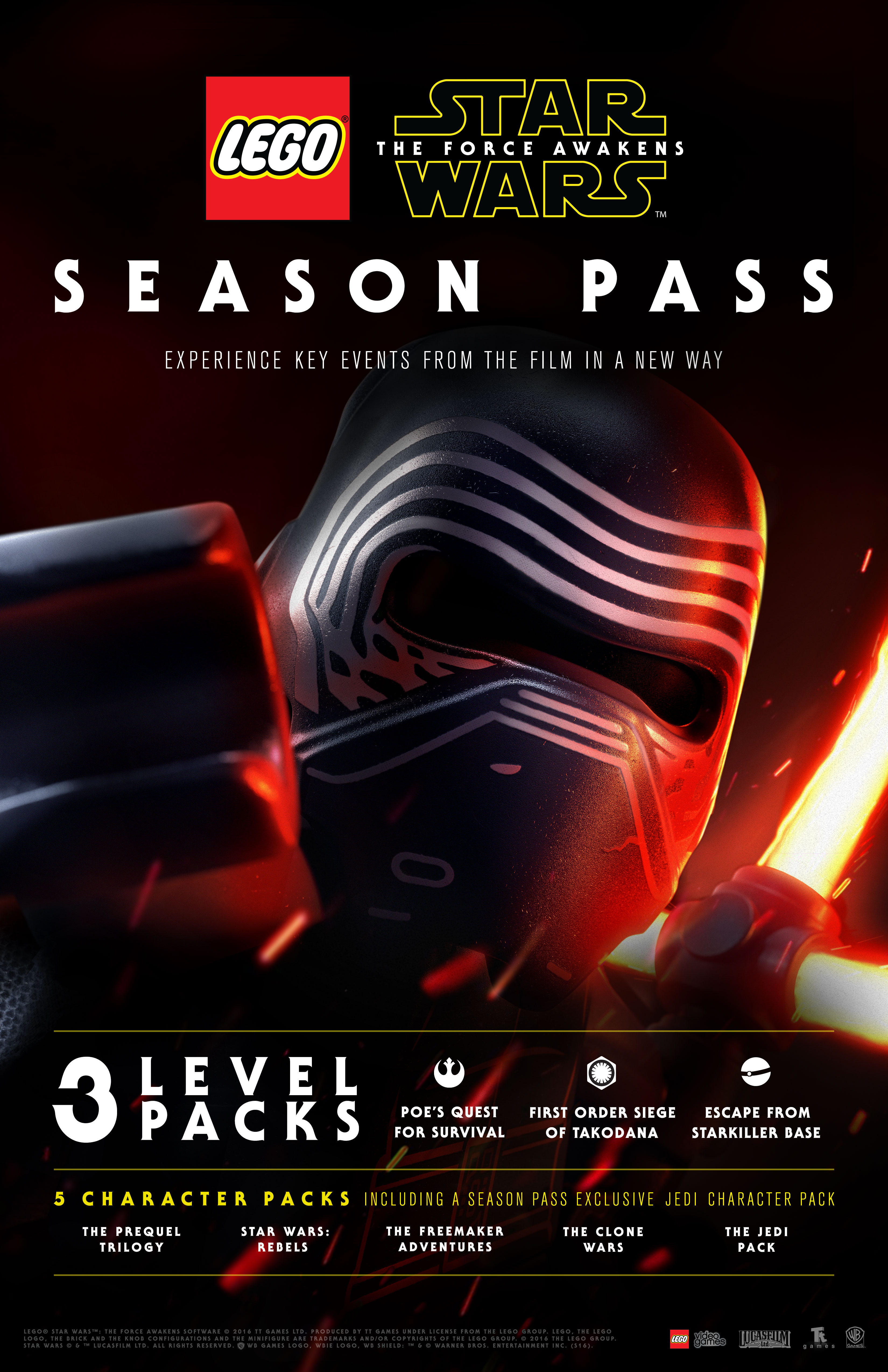 Escape from Starkiller Base Level Pack