If baseball mascots are furries does that mean Ballhead is Raptor’s fursona?

Like a deconstruction of a shonen protagonist, I admire the spirit of competition, but I’m much more of a casual than a hardcore player. I get a thrill from trying to climb up leaderboards and learning new things about the online versus games I enjoy.But I’m always too intimidated to, for example, attempt to reach a silver rank inStreet Fighter V. I never thought to invest that much time and energy into traditional competitivegames when I had it.

I generally prefer competing in party games even though they don’t have the same edge to them because my losses aren’t so discouraging. There’s something about most competitive games that makes me feel like it’s not worth playing them unless I’m as dedicated as the players who keep curb-stomping me. It’d be fun to develop those skills, but my interests and passions are already spread across so many games, I doubt that trade-off is worth it for someone like me.

These conflicting interests are a big reason why I want fighting games to have better single-player modes alongside robust online competitive scenes. But I’ve never found a game that satisfies both with just its online play…until Lethal League Blaze’s Switch launch two weeks ago. It ain’t a perfect port (I will keep beating the Switch Online dead horse even though I just bought three months of Switch Online for this game) yet it’s a thrilling game with a high skill ceiling that always leaves me excited for another go. Technical flaws aside, it’s the closest thing I’ve ever played to my dream online experience as a competitive casual. 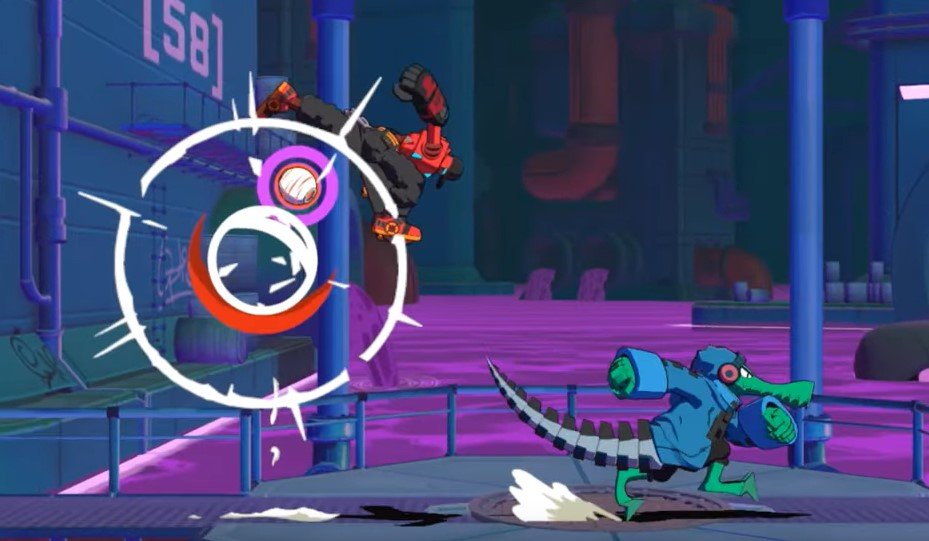 It’d be hard for any game to cater to both casual and competitive play without an easy-to-learn, hard-to-master learning curve. Even though you are fighting other players, your attacks only interact with the ball. Once you hit the ball, it deals damage to anyone else it touches unless they hit it back. Thus you remain focused on the ball throughout the entire match, which is much less demanding than, say, memorizing frame data and planning out fighting moves like real-time chess.

The bare essentials of Lethal League are almost as simple as Pong. You hit the ball, aim it to surprise your opponents, and avoid taking a 200+ MPH gravity drive to the face. Blaze’s advanced techniques are similarly straightforward, adding different ways to manipulate the ball’s movement or punish hasty opponents.

As the ball reaches higher speeds, timing your hits becomes less a dexterity game and more of a rhythm game but with more explosions. If you don’t hit that supersonic ball back quickly enough, it could ricochet in a half-dozen different directions, and it becomes much more difficult to time your counterattack. If you try to hit that supersonic ball back too quickly, its holder can easily parry your hit and smash your face.

The longer a volley continues, the more precise timing and positioning the ball demands, and the more damage it inflicts. Once the ball reaches maximum speed, each subsequent hit becomes an impressive feat in itself, punctuated by deafening rumbles and violent tremors. Those explosions are only interrupted by bunts, throws, and special attacks that can toss your rhythm into the dumpster if you don’t keep your wits sharp. Snatching victory from these intense moments is exciting, but I won’t win a Nobel Peace Prize for telling you that consistently winning feels great.

And yet my losses somehow leave me just as delighted. Even losing at other party games usually leaves me feeling indifferent rather than consistently enthusiastic for another shot at victory. At the end of a high-speed volley, even if I got ended, I feel bewilderment and awe. How did they hit the ball back while it was bouncing everywhere at blinding speeds? How did they pull off that bunt-smash combo? I applaud after my biggest losses, which would be a much more meaningful gesture if I didn’t always play alone in my living room without a mic. 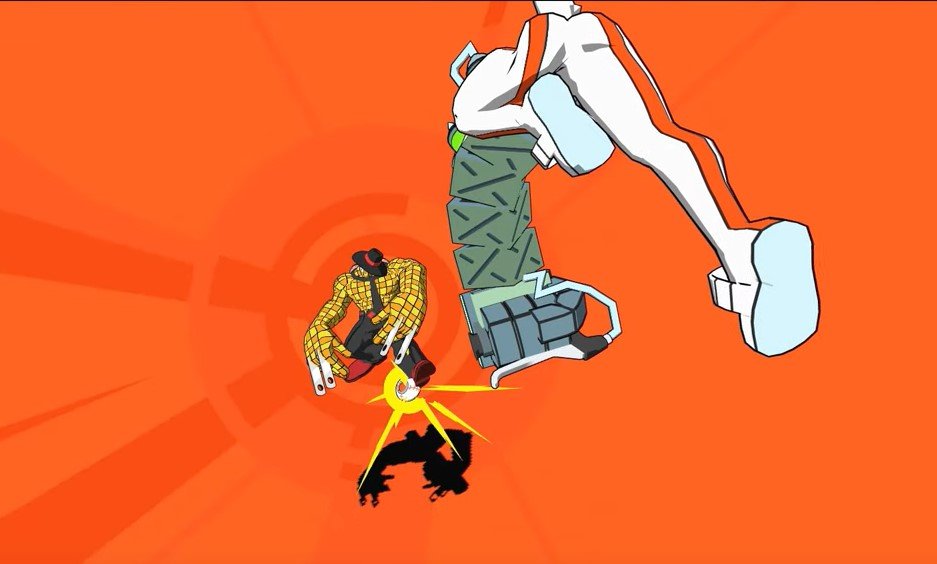 What frustrates me most about losing in traditional fighting games is feeling like I can’t play at all. Not just being stuck in a long combo, but the notion that I cannot advance, be still, or even retreat and recollect my thoughts without my every decision being severely punished and immobilized by my opponent. To be fair, this looming threat of punishment makes high-level fighting gameplay especially intense. But from a casual’s perspective, unless I can play with friends at a similar skill level, that extremely harsh online environment bars casual prospects from playing the same game.

In Blaze, nothing immobilizes you except for losing a stock and waiting for the round to end so you can respawn. Not only is Blaze simple enough that I can easily understand what my mistake was when I get KO’d, waiting for my respawn gives me the time to reflect instead of panicking, button-mashing to escape, and getting frustrated at myself as a result.

Blaze’s fights get me so pumped regardless of their outcomes that I’m hungrier than I’ve ever been to rise in the rankings. Unfortunately, I’m still hungry because Blaze doesn’t have ranked matches; only quick matches and lobbies. Like many online versus games, players gain arbitrary EXP and level up for playing and winning matches. I’m still uncertain whether this affects matchmaking, but my opponents consistently demonstrated similarly advanced techniques as what I was using and learning.At the very least, whatever matchmaking algorithms are in place push me against gradually harder opponents.

Despite how I can tell my skills have improved over time, I’d be arrogant to claim that my victories were 100% my own. Random power-ups spawn during every match, and while most of them can be stolen and turned back on whoever first gets them, many can easily give the round to whoever calls dibs first.Even so, they spawn infrequently enough that they’ve only impacted about 10 % to 20% of my online matches. I’m down with the variety they add, but I do wish I had the option to turn them off for random matchmaking. 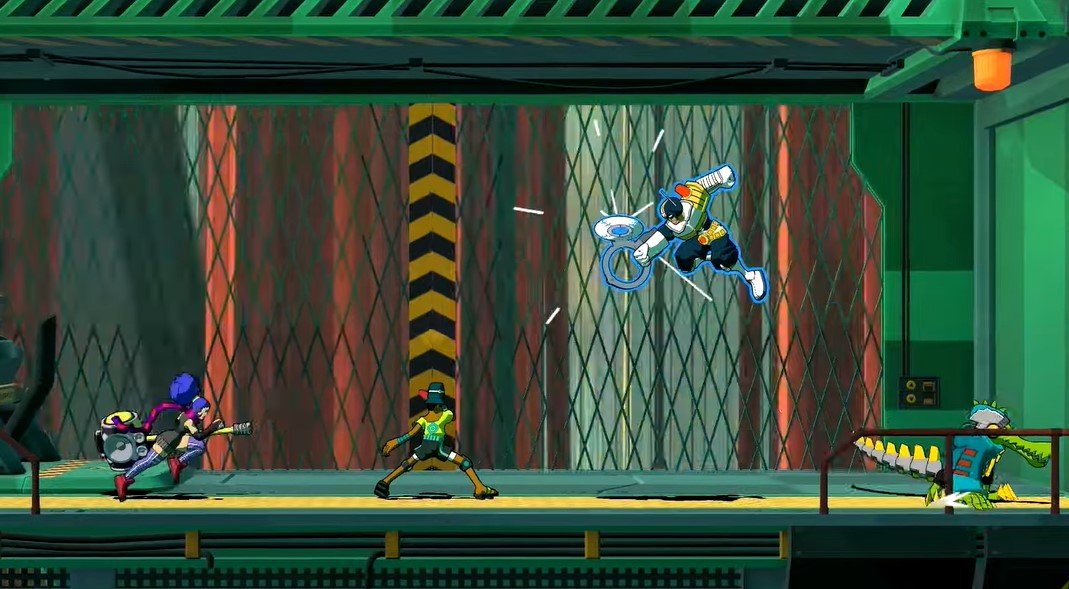 Multiplayer free-for-alls are considered another common culprit of Party Game Shenanigans™, but even though most of my online matches were 3-to-4 player matches, I felt they were just as fair as duels. Because you primarily interact with the ball or whoever’s touching it, playing with additional players doesn’t make everyone gang up on the biggest threat. That ball doesn’t discriminate. Once it activates The World, it can take down three opponents about as easily as one.

The most confusing that free-for-alls get is when players dogpile on a slow-moving ball, which deals chip damage at its worst.By the time its speed becomes dangerous, hits have so much wind-up that I never have to ask what’s happening. Rather, these pauses enable me to think about what is going to happen and what I will do in response. Blaze’smost critical moments eliminate the frustration of not knowing why I’m losing, always inviting me to do better next time. And then I do better next time, and tradeNICEs and BRING ITs with my opponents before I smash their faces in again.

Lethal League Blaze might be much simpler than the likes of the high-level competitive play I’ve long admired. But its low barrier to entry, boisterous gameplay mechanics, and high-stakes showdowns make both my wins and my losses feel as rewarding as I’ve always wanted out of such games. If you’re in the same very weirdly specific niche as I where you love to compete, but only in the friendly way like current generation Pokémon rival characters, I strongly recommend Lethal League Blaze.

Oh, and if you’re reading this, Inquisitive Ravenclaw? I’m waiting for our match. Bring it.