Learn from our past to inform our future

Twenty nineteen was truly the year Capcom took it back. It’s hard to believe I’ve been playing games from this company since back when I was a kid in the ’90s, back with Mega Man X, Super Ghouls ‘n Ghosts, and Street Fighter II. I didn’t play many new games this year. My choices were very select and deliberate. So instead of trying to pad out more entries on this list, I wanted to reflect on the past decade of games like a lot of our community members are on the community blogs. I like to think that with every game on my list, I was led there by a very specific game from the last 10 years. 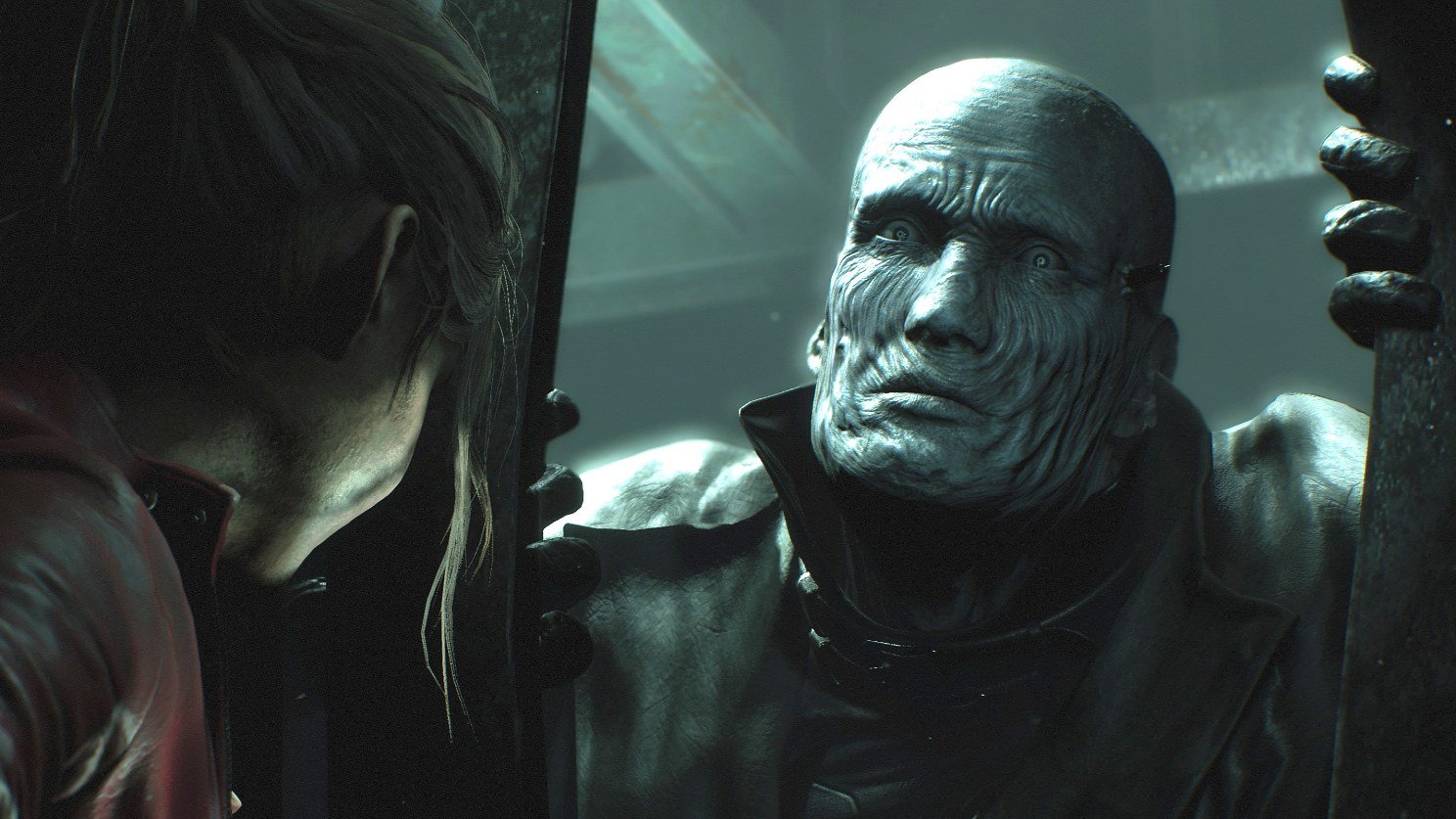 I don’t really play survival horror very much. Resident Evil wasn’t on my radar much until I played Resident Evil 4, but who hasn’t played that game? I guess you could say Resident Evil 4 still influenced my choice to play Resident Evil 2 from beyond the decade because Dead Space 2 is most certainly cut from the same mold that made RE4.

I never thought of myself as a fan of survival horror. I associate horror with jump scares, which are cheap and disposable. Games like Dead Space 2 or Resident Evil 2 are all about an atmosphere that crushes you with a sense of dread. They’re also games that know when to release the dread in favor of other feelings like panic from a sudden swarm of enemies or adrenaline from dipping into your more limited power weapons for last-ditch survival. In Dead Space, I could save my bacon with a massive line gun bisecting everything in my path, and Resident Evil 2, oftentimes as Claire, I would decide I didn’t want to deal with a zombie encounter by firing an acid round from her grenade launcher. 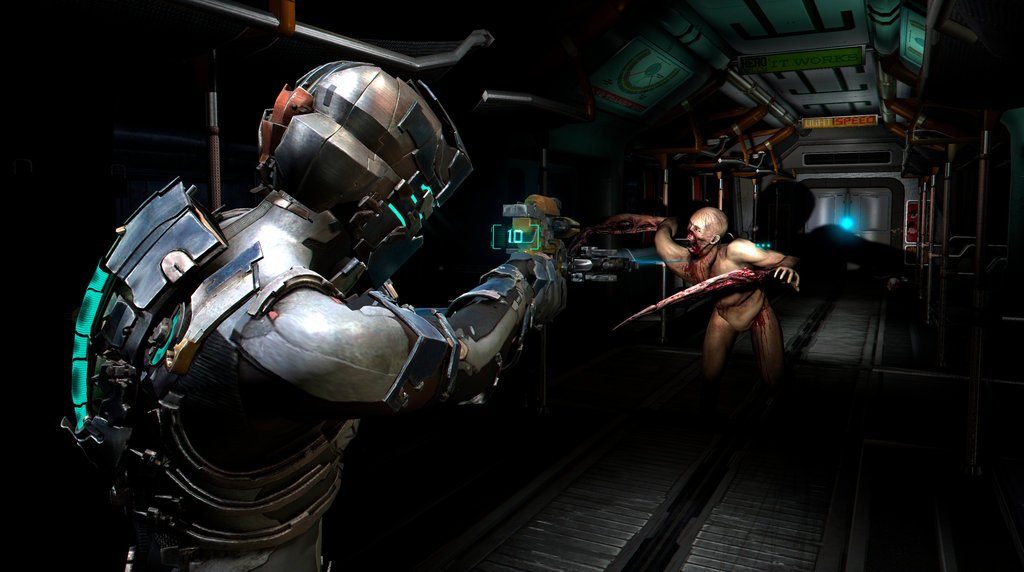 These little micro-decisions are one of my favorite things about survival horror. It’s not like other shooters where unloading a whole clip of automatic fire is just nothing. Deciding if dealing with a dog in RE2 with hopefully one shotgun shell is a polarizing decision between dedicated players. Do I use my knife in self-defense or take the damage because I know I have herbs to heal with?

Once you’re past the oppressive tension and reach into playing the game for speed, it still becomes a battle decided by inches in the ground. 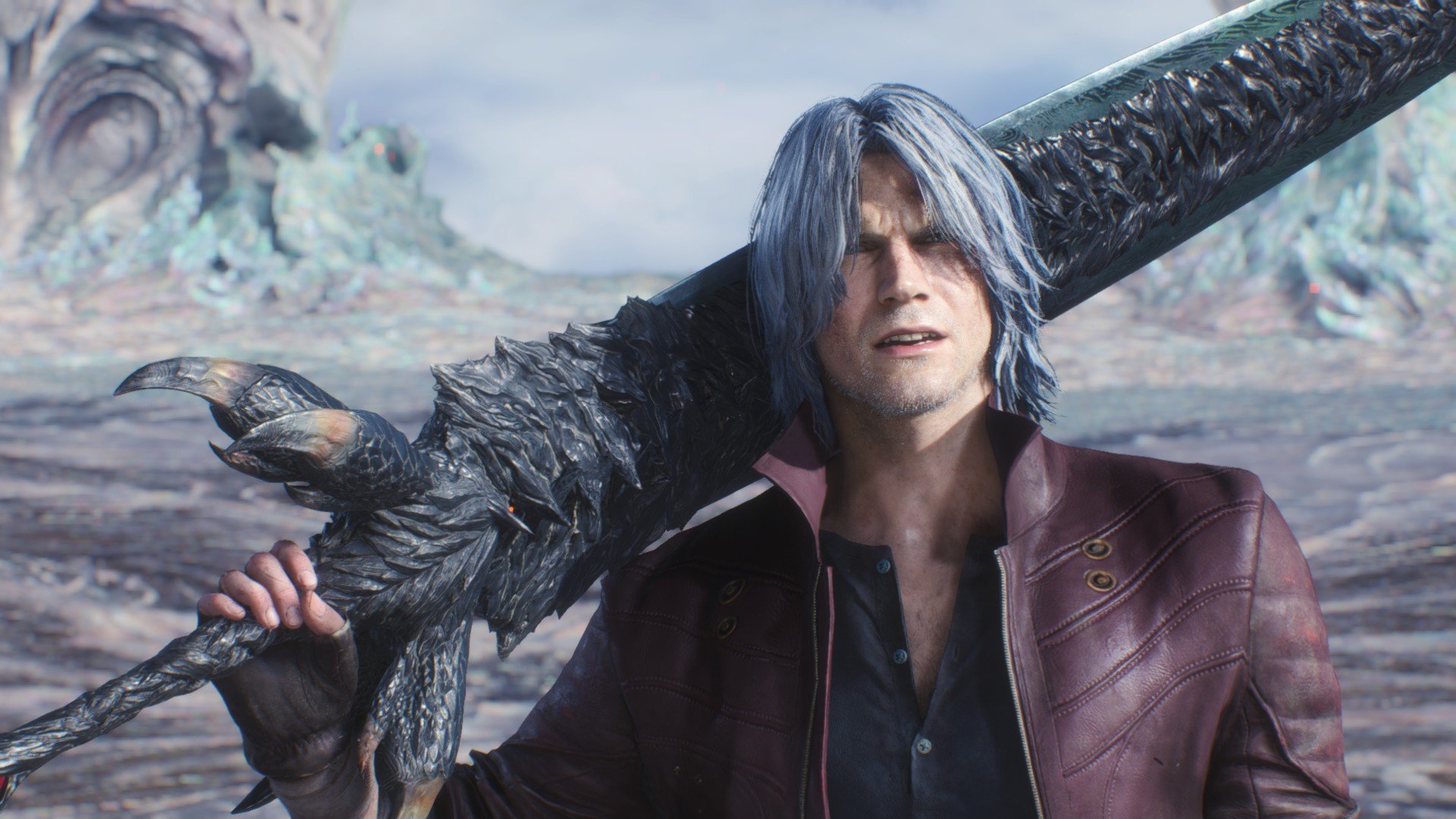 Devil May Cry is the series I feel like I should’ve known my entire life but didn’t. Only really getting into character action games after listening to the now-defunct Super Best Friends, I got started in this genre in particular with Bayonetta 2. Despite the abnormality of moving backward, playing Bayonetta after its sequelwasn’t too jarring, especially after spicing it up with Nintendo exclusive glamour like Bowser firsts and a Samus costume.

It was after my immense enjoyment of Bayonetta that I decided to try out the cousin of the Bayonetta games, Devil May Cry. Of course, the rest is history, which leads up to Devil May Cry 5. 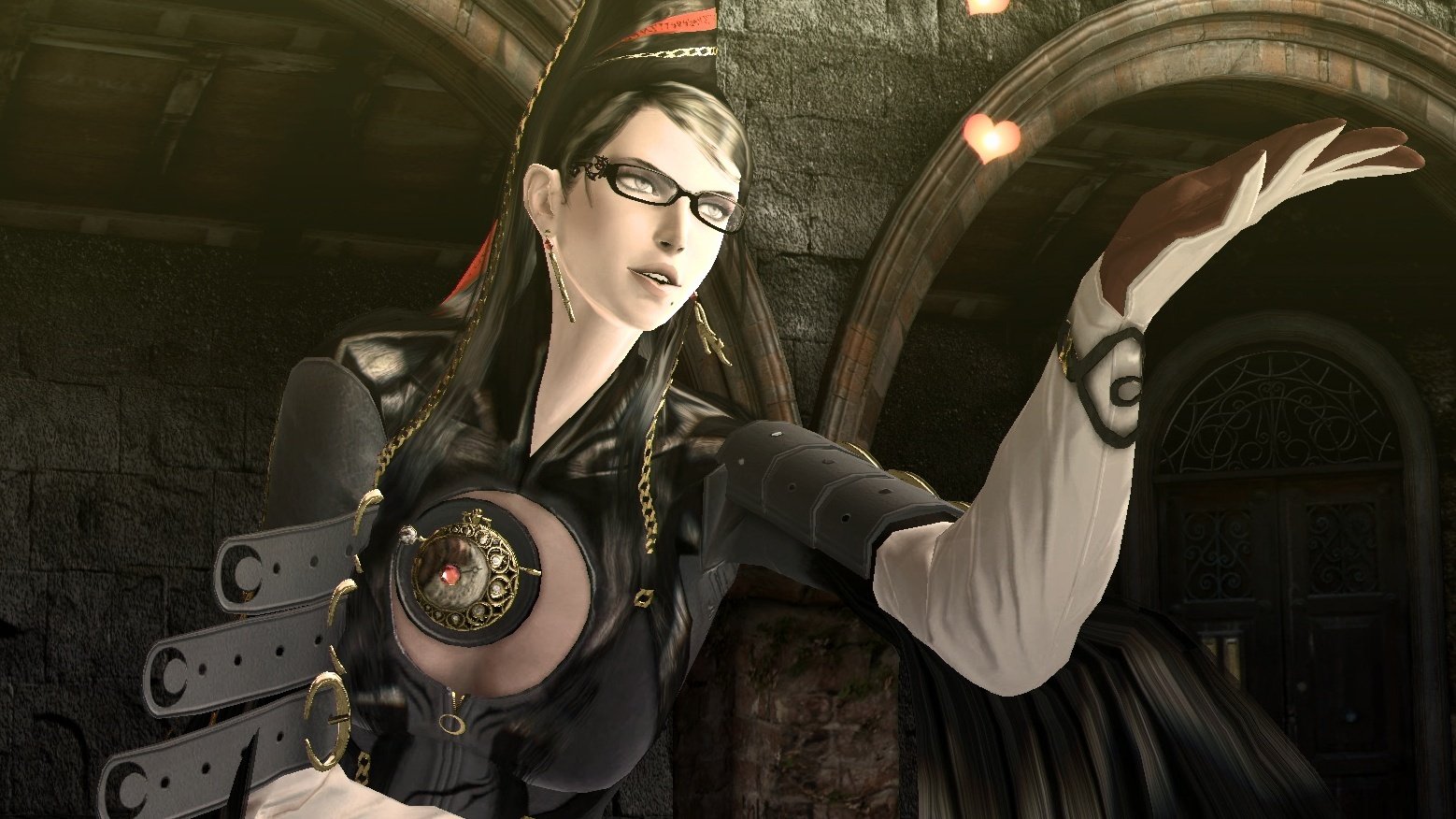 If Bayonetta was a pair of comfortable sneakers I got used to, DMC became cleats where I really dug into the genre. Nero, who got through Devil May Cry 4 with some bumps and bruises, came out into DMC5 as a fully realized character with the new Devil Breaker system. Dante was as crazy as ever with chainsaw motorcycle blades and the intact and even deeper Styles Switch. And V became a breakout hit spouting barely sensical poetry lines to burn demons with. All amongst the usual nonsensical Devil May Cry plot which had me invested to see the end of the broad character arcs between Nero and Dante. 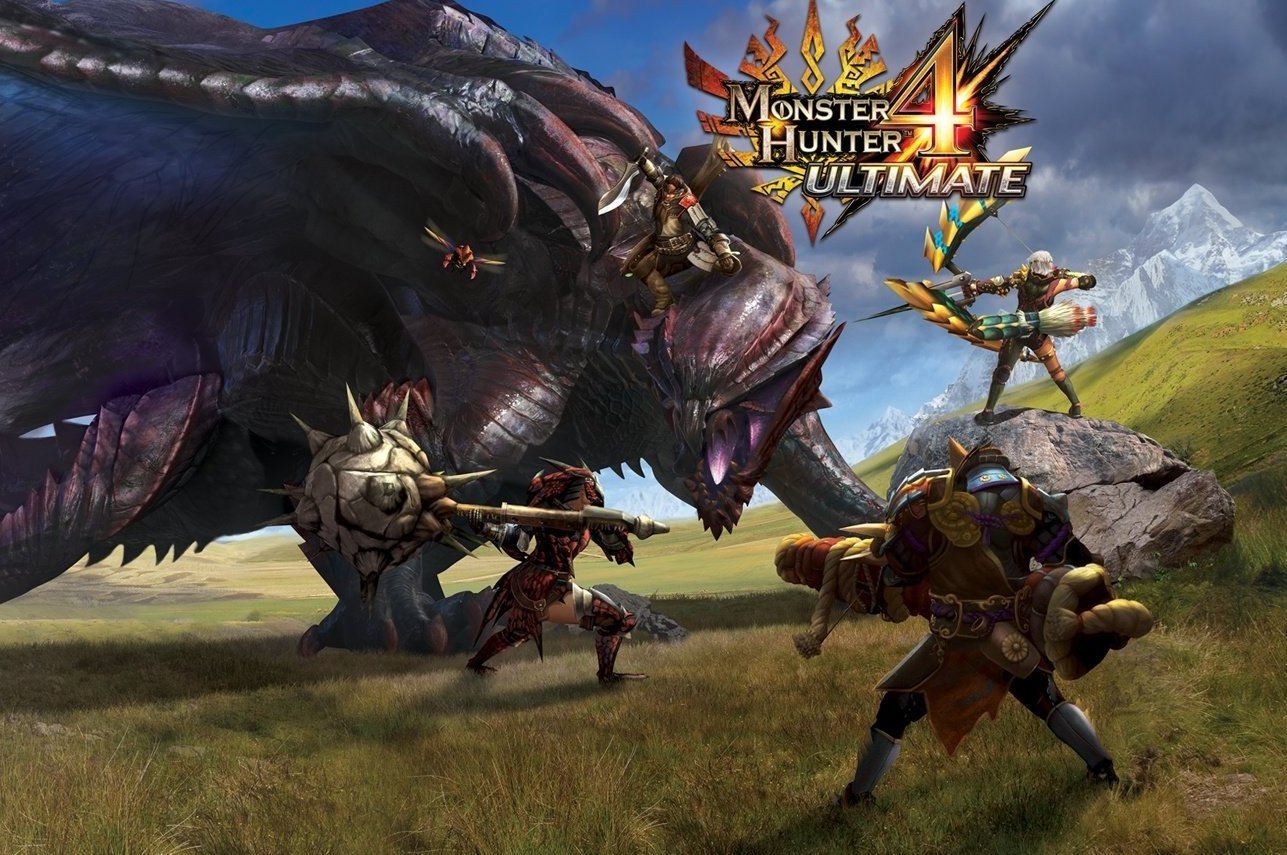 I would not be deep into Iceborne, farming Namielle and crafting armor for hundreds of hours, if it weren’t for Monster Hunter 4 Ultimate, a game I probably wouldn’t have bothered with if not for the wise words ofmy friend, ShadeofLight. I barely remember what he said to sell me on it, but I still remember him bringing up the bow and how most arrows from the bow make it look like you’re shooting spears and javelins at monsters, not arrows.

But MH4U is quite the entry to get hooked on a series. Despite being a 3DS title, it ran at an incredible resolution, making the transition from 4U to Generations very noticeable. MH4Uwas also the tipping point where map designs moved away from flat arena rooms and turned into more believably natural areas, with high ledges and sloping hills.

It almost unbelievable everything I fell in love with on 4U translated well to World and the formula got perfected in Iceborne. I especially like how everyone has one monster they particularly hate and consider difficult but somebody else will think that monster is easy and that one of their hated monsters should be considered difficult. I cannot deal with Rajang but I’m appalled some people consider Rajang easy. I’ve never had much trouble with Kushala Daora but many people swear that elder dragon is evil incarnate. 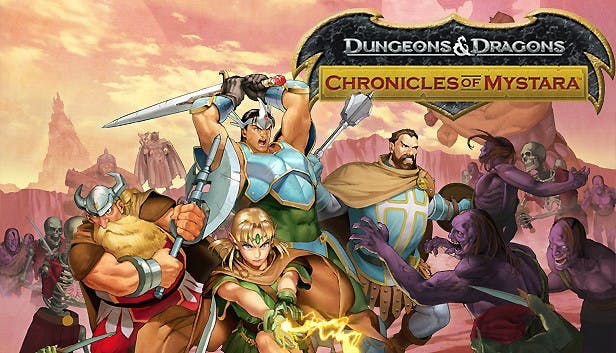 My Star Wars itch has reached an all-time high now, though not because of TheRise of Skywalker but The Mandalorian. I’ve lived a lifetime consuming Star Wars media in the context of galaxy-spanning wars, watching a story of one man with one child and what he goes through just to protect it was an intimately fun romp. I’ve been listening to a Star Wars RPG podcast for the past year, but after seeing so much lore explored about The Mandalorian, I finally decided to take the jump into a new RPG game system, after playing D&D for years. It’s only after playing and DMing D&D for the past year that I felt comfortable leaving the familiar and venturing out into the unknown.

Throughout 2019, I’ve been perusing weird ideas from places like r/dndbehindthescreen for crazy new settings and encounters for my player characters, from the quasi-elemental plane of ice to the demi-plane of alcohol, and the plane of water, nothing is off the table with an approach to take on every request as, “Yes, but…”

So far in D&D, I’ve had a rogue buy a mule carrying gunpowder, a bard who has gone to fantasy DMV for a flying license, a cleric who has been swallowed every time there was a monster that could, and war crimes committed by my party. If I get my friends into Star Wars, who knows what’ll happen?