‘Multiverse Edition’ coming to PS4, Vita, and Wii U

2015’s Axiom Vergewas a love letter to the original Metroid, a throwback to the early days of 2D platform exploration games. It took designer and programmer Tom Happ five years to finish the title, and it’s been ported to several systems since its original release on PS4 and Steam. Up until now, though, it’s only been available digitally. 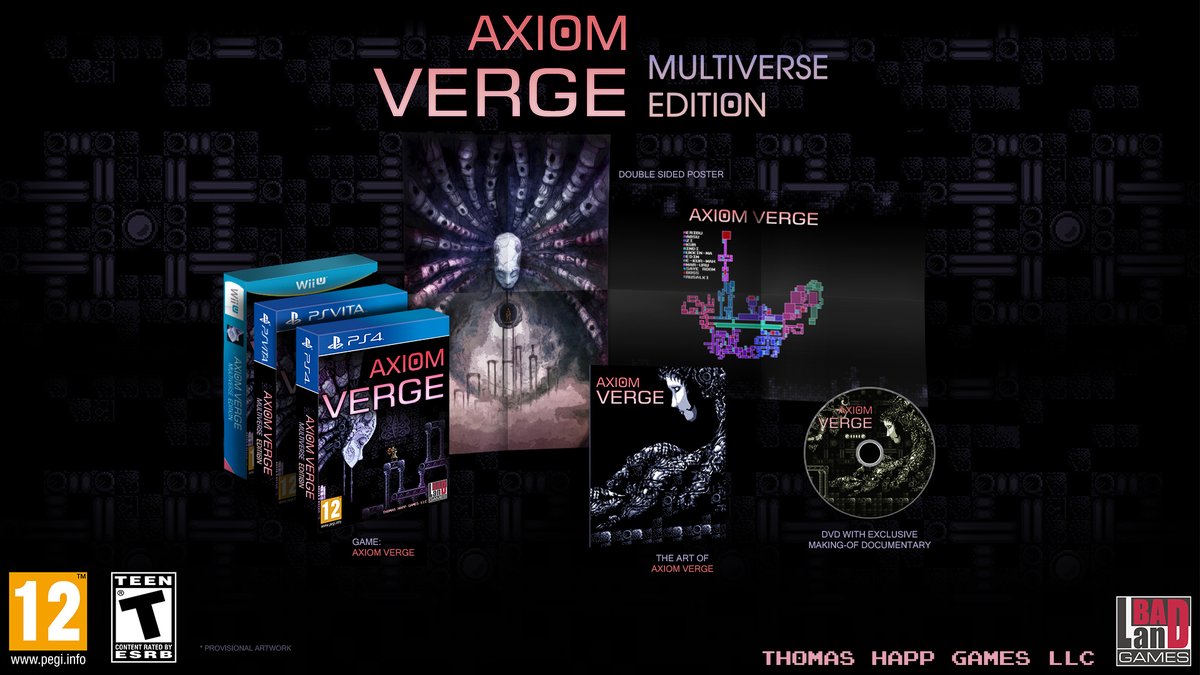 Earlier today, BadLand games announced that the title will be receiving a physical version later this year. Although the date has yet to be finalized, BadLand said that the release should be sometime within the next four months. There will be two versions of the physical packaging. The Standard edition will only be released for the PS4, and will contain nothing more than the game disc. The “Multiverse Edition”will include a copy of the game, a deluxe booklet with developer commentary and art, a double-sided poster, and a making-of documentary on DVD. This special edition will be available on PlayStation 4, PlayStation Vita, and Wii U, and other formats are yet to be confirmed.

Axiom Verge was a labor of love for its creator, who had this to say about the impending physical release.

“Fans have been asking for a physical retail version of Axiom Verge since the game originally launched. I’m extremely excited that the Multiverse Edition will be coming to retail soon. As a solo developer, it’s always been a dream of mine to see a game that I made end up on the store shelves!”

I contacted BadLand to find out if the boxed copies will incorporate the speedrun leaderboards added to the Wii U version, but had not received a response at the time the article was posted. I’ll update this article when and if I get a reply.The Multiverse edition is set to retail for $29.99 when it hits store shelves, and the Standard edition will cost $19.99.

[Update: the representative I contacted let me know that “We have “Speedrun mode” listed in the Key Features, so I assume all SKUs share the same feature set!” They also said they may need to wait until their contacts in the U.K. are active to confirm that the leaderboards will be available in all versions. ]