Tencent’s Honor of Kings, known stateside as Arena of Valor, is arguably the biggest video game in the world. Last year, it grossed $1.9 billion according to SuperData Research. It has an estimated 200 million monthly users. It has Batman. It has a battle royale mode because it’s 2018 and I’m pretty sure that’s a law now. It has everything a game needs to succeed in the F2P marketplace, but will it be able to replicate that success on consoles?

The Switch port of Arena of Valorwas announced last year during a Nintendo Direct and since then, there’s been very little information on it. Europe got a closed beta earlier this year. Later this Summer, Switch owners in North America will get their turn to try it out.

If you have a Switch and you want to see what it’s all about for yourself, you canregister todayfor a chance to test the game during its upcoming closed beta. Exact dates haven’t been announced, but once it’s live, those selected will get access to the game for as much as they want during the test period. 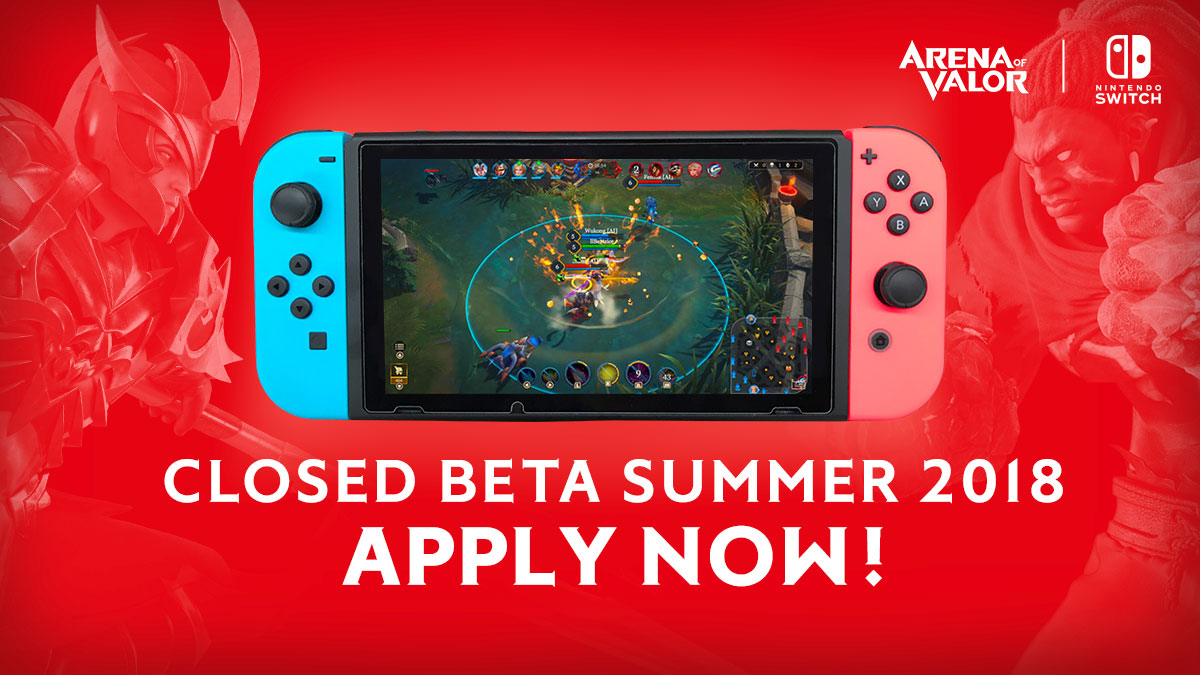 Arena of Valoris actually the only MOBA for me and I fully understand why it’s as popular as it is. Despite a touchscreen interface,AoVis remarkably playable on every phone I’ve installed it on. Big or small screen, cheap Android or my current powerful Motorola, I’ve always been able to run the game and run it well. It hasn’t made me a thirsty fan of the MOBA genre –I’m not running off to download League of Legendsor anything — but hot damn if it isn’t the perfect commute killer for these dreary Bay Area mornings.