Maybe the strongest praise for Middle-earth: Shadow of Mordornecessitates pointing out its most glaring flaw. The game was a darling, managing to please fans and earn critical acclaim. All of that in spite of the fact that the final boss encounter with Sauron suuuuucccccckkkkked.

The climax, the moment the whole game had been working toward, was incredibly anticlimactic. The battle was a quick-time event sequence (and a short one, at that). None of Shadow of Mordor‘s systems were implemented in any way. No sign of the lauded Nemesis system, no Arkham-like combat, no Assassin’s Creed-like climbing around. Instead, Mordor’s biggest threat was dismissed with just a few button presses.

It was such a ridiculous letdown that it could really only be chalked up to the realities and constraints of video game development. Anyone who played that whole game had to know that wasn’t the end that Monolith envisioned. The studio must’ve run out of time or money or both.

Monolith assures us this won’t be a problem in the upcomingMiddle-earth: Shadow of War. We sat down with design director Bob Roberts during a hands-on demo at PAX West, and he expresses a similar defeated attitude when talking about the predecessor’s ending. He makes a point of mentioning that the developer doesn’t go down that same route again. “I think people will be really happy with this ending,” he says. “Well, maybe they’ll hate it for being too epic.”

There’s something inherently funny about fans of high fantasy being put off by “too epic,” and, let’s be honest, it’s probably not going to happen. There’s evidence that everything will skew toward more grand this time,just like we suspected upon reveal. With an hour to prep for and launch a fortress attack, we saw the ways thatShadow of War‘s expanded sandbox heaps variable after variable into the equation.

One of the more notable moments came when we attempted to simply assassinate a warchief’s bodyguard. Upon arriving in his area, we found an elemental Graug. Roberts perked up. Apparently this was quite rare. On one hand, he got to see the sandbox play out differently than the countless other demos he had hosted throughout the months. On the other, he expressed slight disappointment that the Graug’s appearance would make this section entirely too easy in a way that’s not necessarily representative of the game. 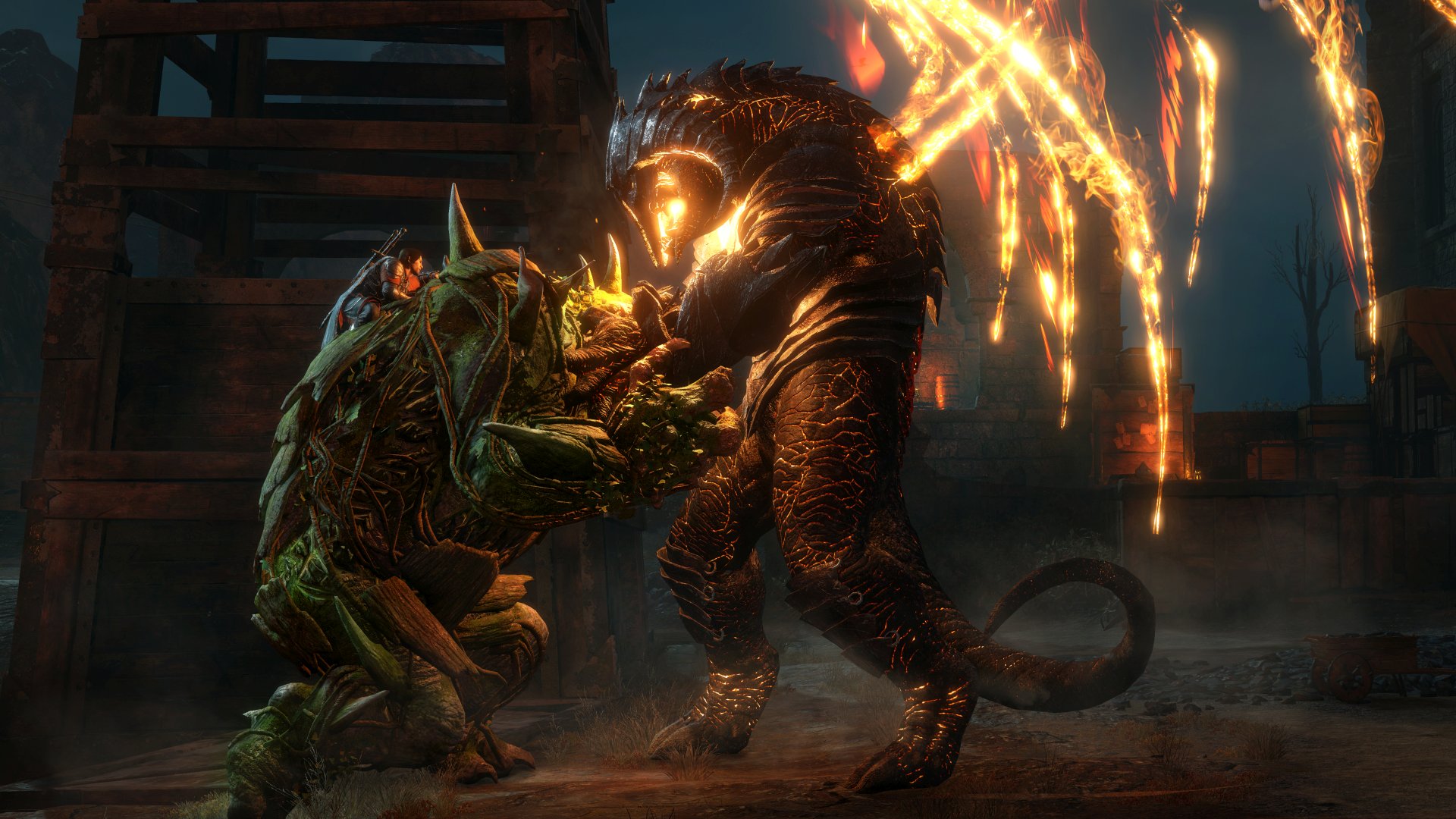 He was right. I killed that bodyguard and another captain entirely by accident. The fire-breathing Graug just kinda kicked everyone’s ass.

Shadow of Waris a tough game to play competently in a preview setting. There are so many skills, so many approaches, and so many external factors. Without the benefit of knowing your character and knowing the environment, you kind of just bumble around until you’re successful. It’s never really indicative of how encounters will play out for someone who has the benefit of learning as they play the full game. It’s more about gauging whether it seems like all these things can complement each other in a way that makes for a balanced game.

That’s probably the most important obstacle forShadow of Warto overcome: That it doesn’t let bulk become bloat. That it doesn’t aspire to be bigger at the expense of being focused. It’s impossible to know now where that balance will end up. Just know that Monolith is aiming for “epic” and that’s from beginning all the way through to the end.