The Pan European Game Information board (PEGI) has announced plans to incorporate information labels on video game packaging to make it clear that said title contains in-game purchases. The new content descriptor will go alongside currently-implemented icons for content related to drugs, bad language, or violence.

“Purchase offers within games has become a broad phenomenon, and it is necessary to provide the same level of consumer information on both physical and digital releases,” says PEGI MD Simon Little. “Considering that physical releases are an important part of the market, this was an important gap to fill… It’s basic information, but that’s what parents sometimes feel they are lacking.”

The move comes at a time when aggression toward in-game purchases is starting to have an affect on some aspects of the gaming industry. EA’s Star Wars Battlefront II controversy caused Walt Disney to step in themselves. While in Belgium, paid loot has been banned in popular titles such as Blizzard’s Overwatch and Heroes of the Storm, as well the NBA2K series.

The new packaging icons are expected to be adapted towards the end of 2018. It is a positive motion, but whether the symbol will have any major effect on the stories of excessive in-game spending, or will lead to any changes in the practice itself, remains to be seen.PEGI adds in-game warning to boxed titles [Gamesindustry.biz] 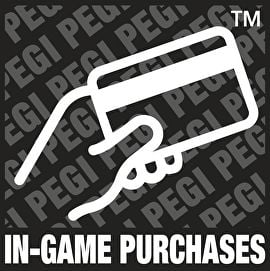