GungHo Online Entertainment has raised the curtain on the incoming collaboration between arena battler Ninjala and Sega’s legendary franchise Sonic the Hedgehog. Going live in-game September 23, the limited time event will offer up a selection of specially themed Sonic gear for purchase.

Said gear includes costumes for your favourite Ninjala characters, which feature shirts, shoes, and cool headpieces stylised around Sonic favourites Tails, Knuckles, Dr. Robotnik and, of course, the blue blur himself. A selection of themed Ippon decorations, Gum Utsusemis, and stickers will also be available from the in-game store. 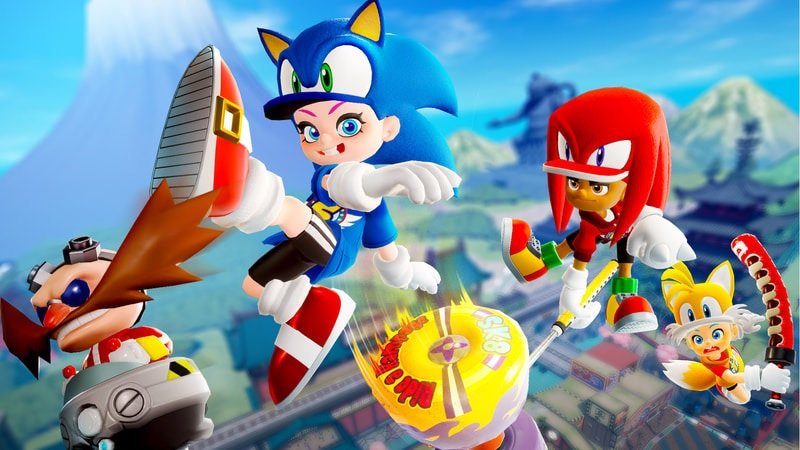 Alongside the Sonic the Hedgehog collaboration, season two will bring with it a brand new battleground and will also add four new weapons to the game’s arsenal. From October, Ninjala will also begin introducing limited time events – known as “Feature Battles”. The first Feature Battle is “Beast Attack” and will see one player in the role of a creepy creature, while others must do all they can to stay out of its clutches, lest they become a monster themselves. You can check out all the new content in the new developer diary below.

Ninjala is available now as a a free-to-play title on Nintendo Switch.