Nintendo's mobile games have racked up $1 billion in revenue

With a mere six mobile games, Nintendo has managed to accumulate a total of over $1 billion USD in lifetime revenue, according to figures from the number-crunchers over at Sensor Tower.

Of the six titles, fantasy battler Fire Emblem Heroes is the most successful by a country mile, racking up $656 million – over 60% of all revenue – since its original release back in 2017. Second place goes to habitat sim Animal Crossing: Pocket Camp, which pulled in a still ridiculously impressive $131 million. Dragalia Lost, Mario Kart Tour, Super Mario Run, and Dr. Mario World bring up the rear, as demonstrated in Sensor Tower’s graph below. 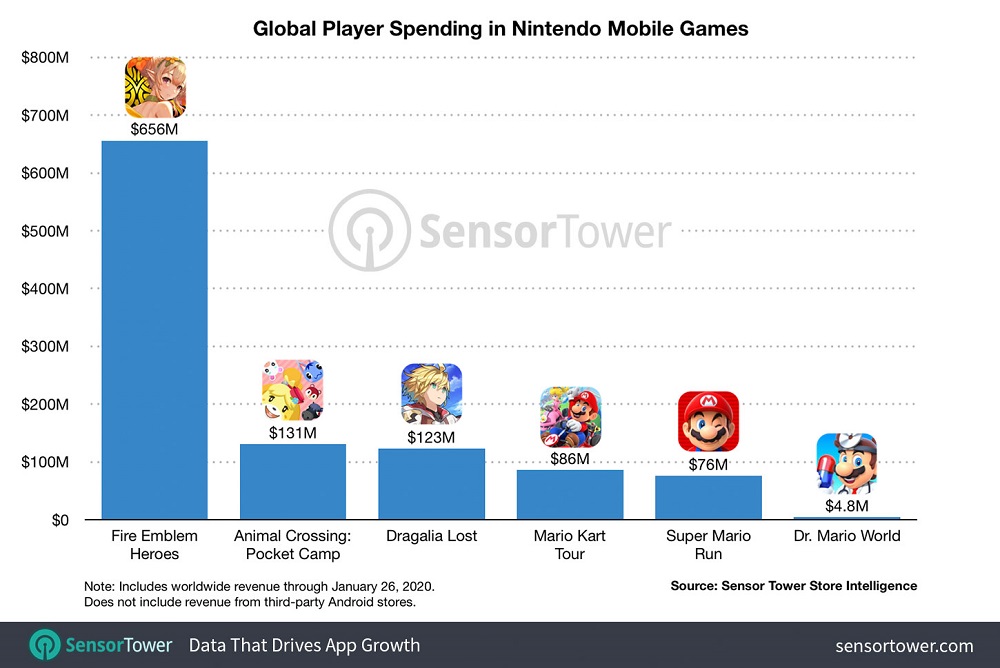 Late last year, Niantic revealed that its successful AR title Pokemon GO had raked in a cool $3 billion in just four years, with 2019 being its most successful year to date. With this kind of revenue attainable for a successful title, it’s hardly any wonder why publishers seem so hell-bent on conquering the mobile market, and will likely continue the chase for some time to come.