I’ve made no secret of my love for The Chinese Room’s Everybody’s Gone to the Rapture.

Steven wasn’t a huge fan of it in his review, but I gave it my personal game of the year award last year. I’ve also been following pretty closely the various leaks and hints that this former PS4 exclusive would be making its way to PC, and was incredibly excited when the announcement was finally made earlier this month.

So now that it has, was it worth the wait?

Well… yes and no. It was worth the wait for PC gamers because I genuinely think this is a game worth experiencing, but it’s just impossible for me to deny that the port currently has problems. 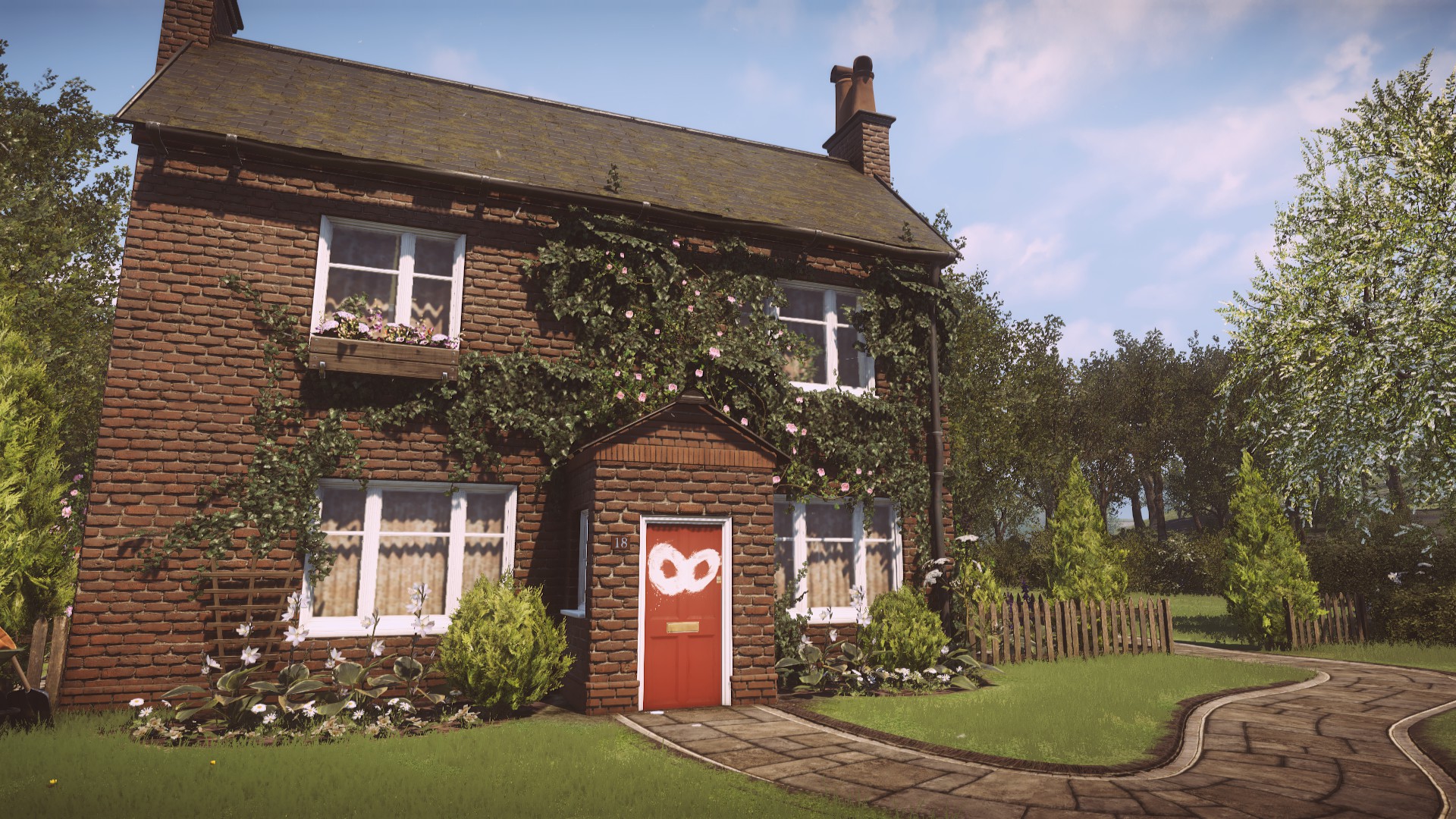 First up, the options menu is very basic. While it has all the essentials such as resolution, anti-aliasing (only binary on/off options, unfortunately), and shadow and object quality, it doesn’t include a lot of the features we’ve seen in other CryEngine games. Things like lighting and foliage quality would’ve been nice, but the biggest absence here is the lack of FOV options.

While The Chinese Room has introduced an optional reticule to help combat motion sickness, for me it didn’t make much difference. The default FOV feels incredibly narrow, and while this wasn’t a problem on my TV on PS4, playing closer to the monitor on PC made me very sick after a while. If you tend to suffer from simulation sickness, you might have some problems with Rapture.

While the graphical options are rather austere, the other options are detailed. There’s full key remapping (for the few keys you’ll need) and controller support and numerous languages for both the voice acting and subtitles. Most impressive of all, however, are the brand new accessibility options currently not found in the PS4 version.

The accessibility options include the ability to make a lot of the audio cues visual, for those with hearing impairments, and the light bit of traditional gameplay that triggers some narrative events can be almost entirely disabled for people with mobility problems. It’s always really nice to see developers look at how they can make their game more accessible. Especially when the game’s already technically been out for the better part of a year. 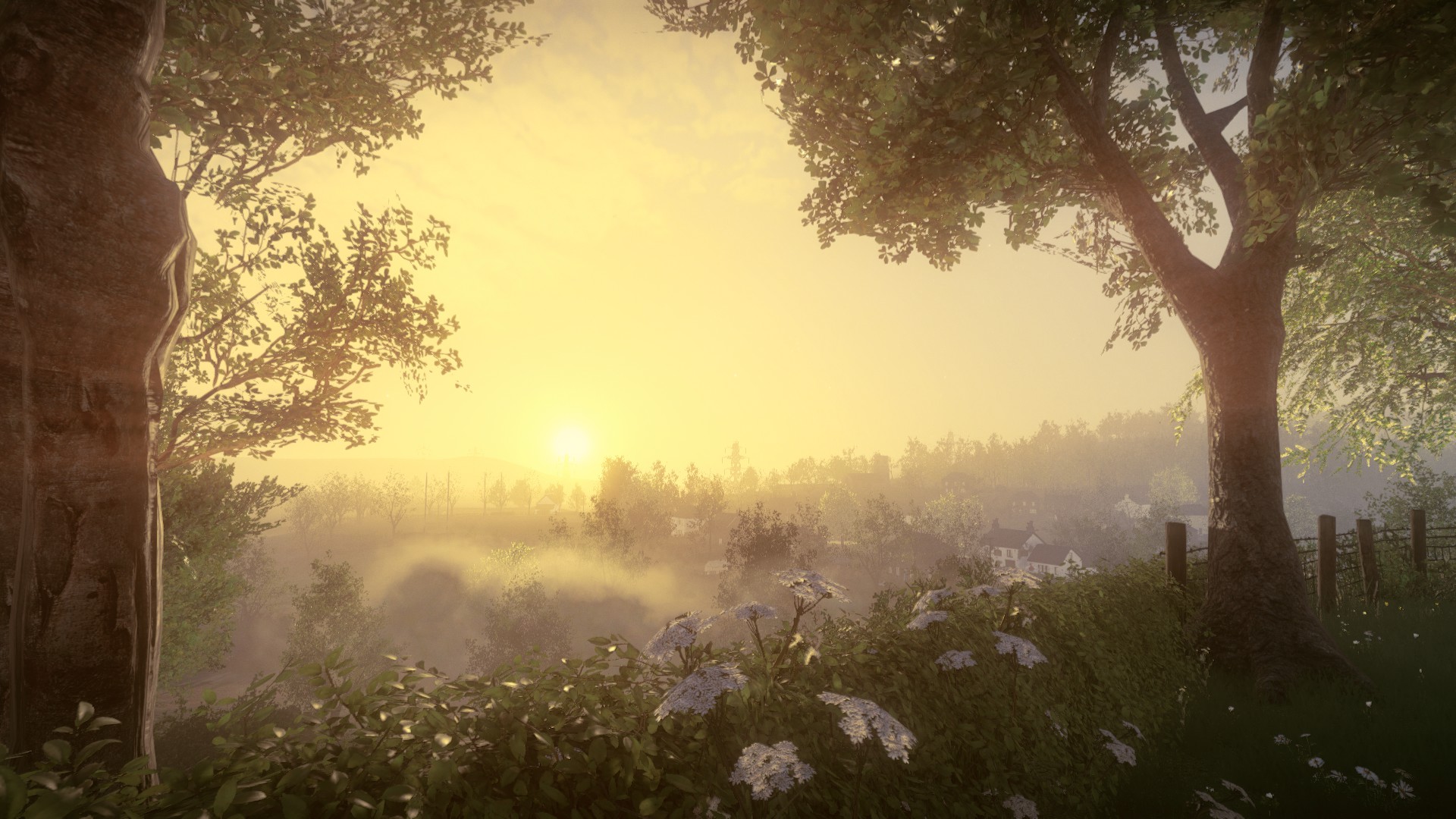 The biggest problem with the PC port of Everybody’s Gone to the Rapture is in its performance. Testing it on all four presets, I can conclude that the game could really do with more optimisation. My PC massively outclasses the recommended specs and the CryEngine is fairly standard these days, so struggling to get a locked 60FPS on my system is disappointing.

The problem isn’t a constant one but seeing my framerate drop to 40FPS when looking in certain directions – even inside a small house – was distracting. When it gets to 60FPS it’s, on the whole, a smooth and pleasant experience with no sign of microstutters or frame pacing issues. But some areas of the map are definitely better optimised than others, which means those smooth 60FPS moments are far and few between.

Cranking it down to the low or medium preset did achieve better performance, and the game still looks pretty, even on low, but it was a shame to have to skimp on visuals in something as beautiful as Rapture just to get the sort of framerate I’d be expecting from a rig like mine. 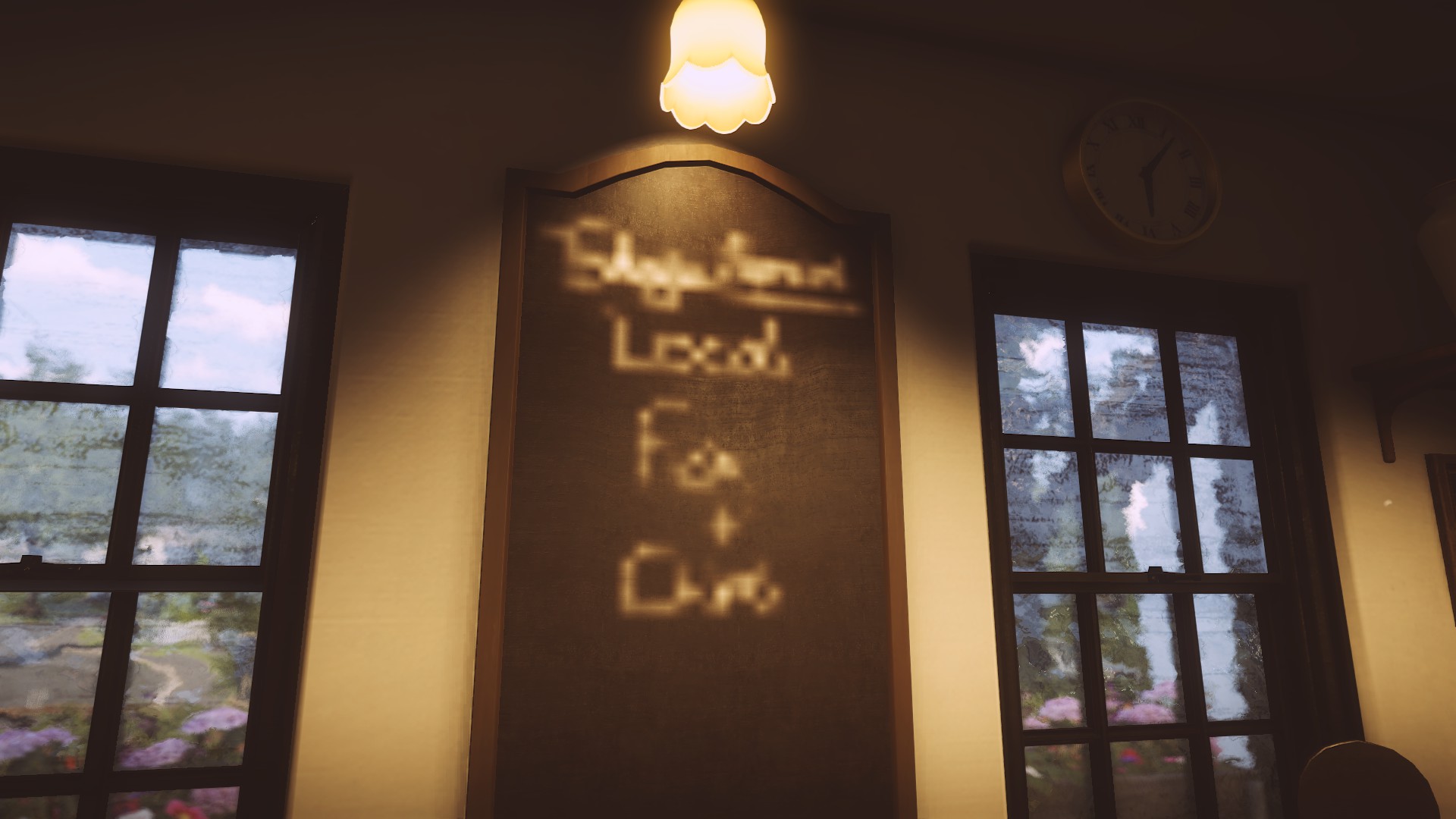 Finally, I noticed a hell of a lot of texture pop-in. Regardless of preset, signage would remain a blurry mess for 20+ seconds, at which point it would snap into the detailed textures it should’ve been all along. Rapture is a slow game where your attention is placed solely on the environment, so having graphical bugs like that, especially in tighter game spaces like the village pub, can be jarring.

All in all, Everybody’s Gone to the Rapture’s PC port isn’t really an improvement over the PS4 version, and with the extra months of development, that comes as a disappointment. While the accessibility features are a fantastic inclusion, the game is unfortunately marred by performance problems, limited options, and graphical glitches.

If you already have it on PS4, you won’t be missing out on much in the PC port. If you don’t have it on PS4, you’ll get a comparable experience no matter which platform you do decide to play it on. It’s playable on PC — this isn’t a Quantum Break situation by any means — but it’s not perfect. 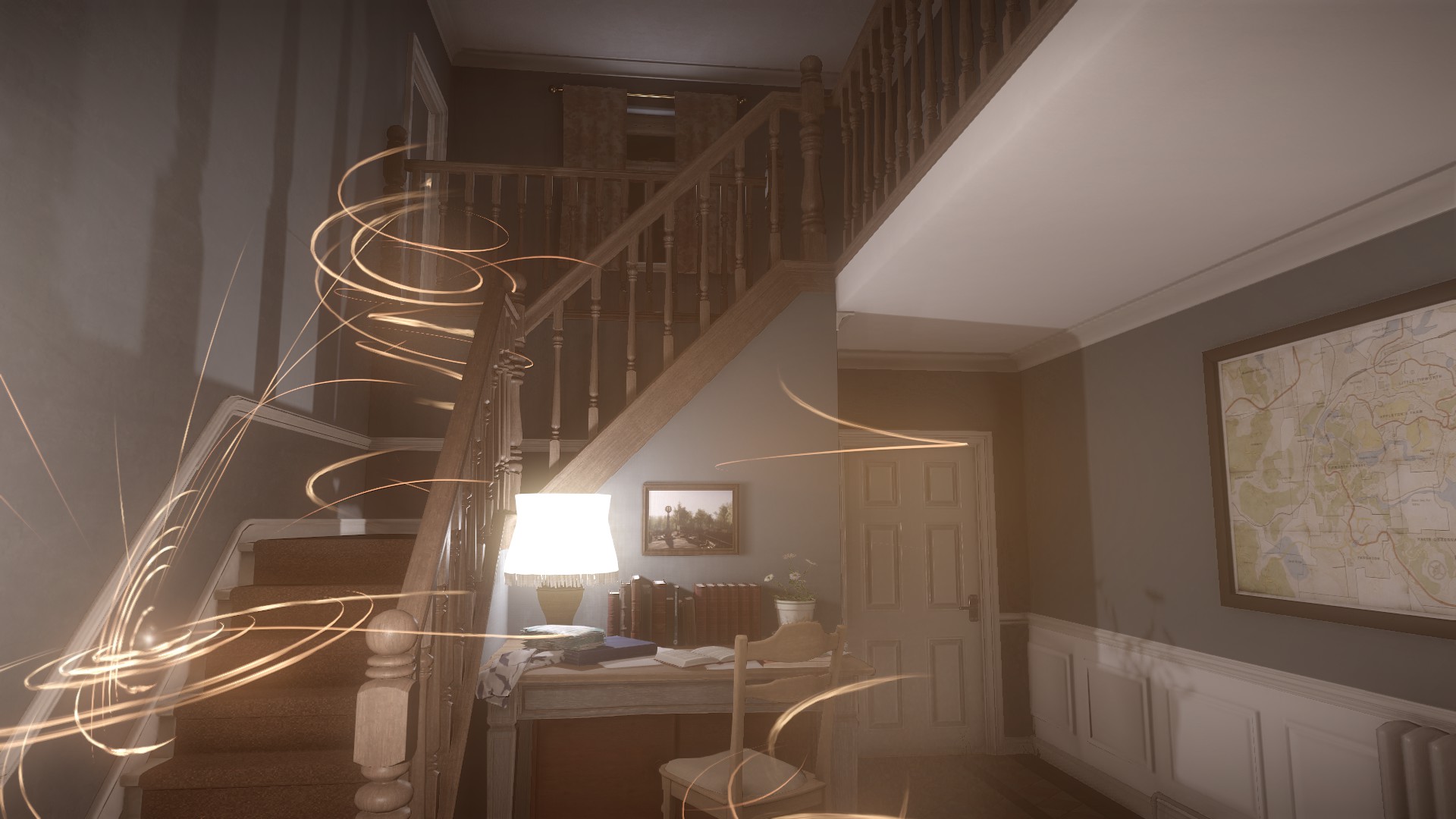 While I have fairly big problems with the PC port, I still absolutely adore Everybody’s Gone to the Rapture, and I don’t think any of my quibbles take away from the experience in a significant way. I’ve written about it numerous time before, and so will try to keep this brief, but it’s a very special game that I heavily recommend you check out.

Everybody’s Gone to the Rapture is a slow, plodding game. Nothing happens quickly, and there’s a good chance you’ll finish your time in Yaughton just as confused as when you started. I was fine with that because underneath the denseness lies multiple stories that manage to intricately weave not only different narrative threads, but entirely different genres in a way that works so well.

One moment Rapture may be a horror game as you approach a ringing phone in an empty car park, the next it’s a science-fiction game as you explore the mysterious disease wiping out the residents of the village.

But most impressively, Everybody’s Gone to the Rapture manages to tuck in very human stories and real issues without weakening any of the other elements. Kate’s experiences of racism and sexism from the rural community or Jeremy’s questioning of his religious beliefs are just as vital to the story as the liquid light and alien signals floating around. 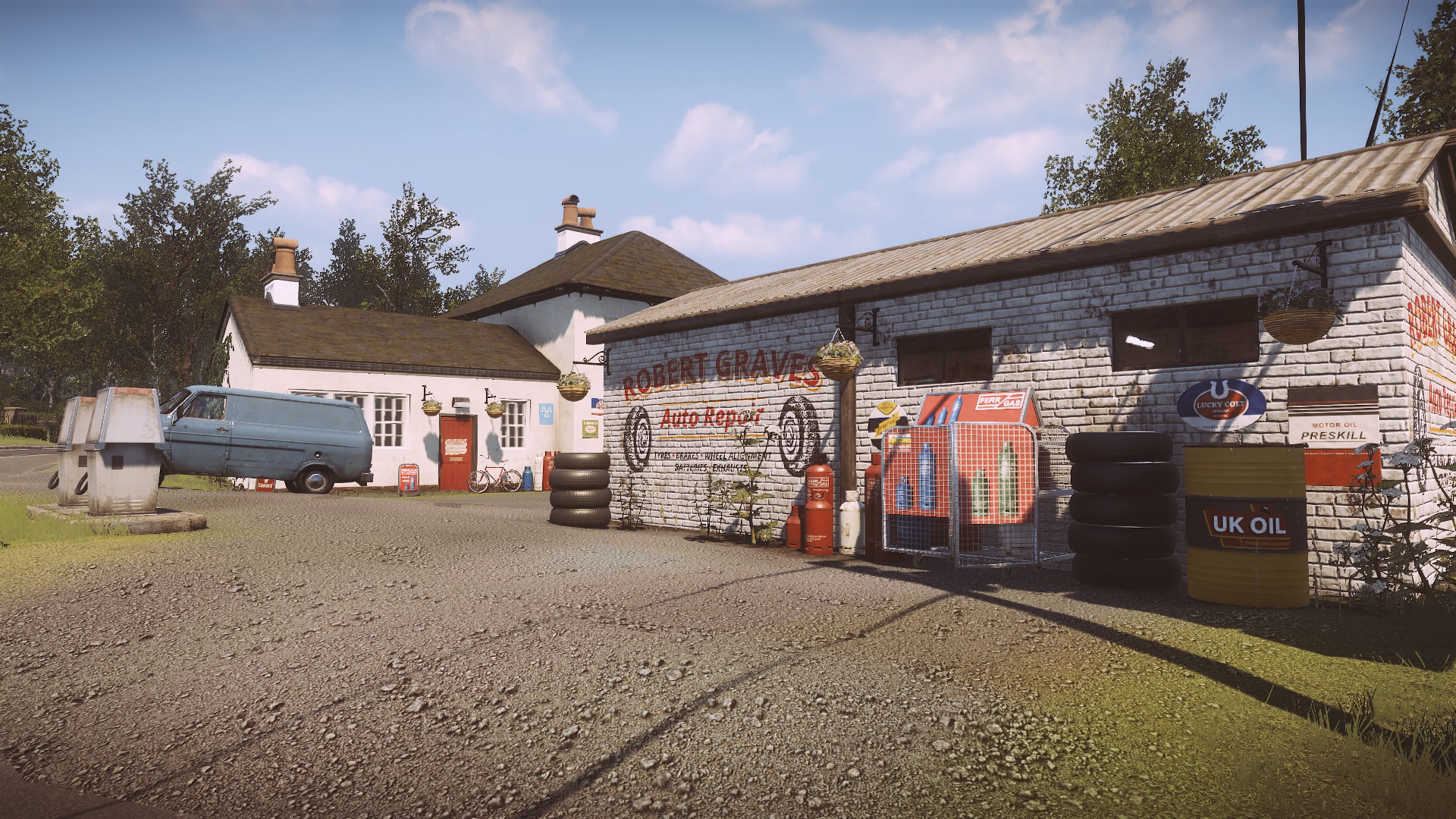 And all of those stories are presented in an absolutely beautiful world. While the visual stylings aren’t entirely realistic, swaying more into faux-Britishness at times, Yaughton is still a delight to explore. Growing up in rural England myself, perusing Yaughton’s houses managed to swing between gleefully voyeuristic and eerily familiar.

I’d not be doing the game any sort of justice if I didn’t mention the stellar audio design, either. The environmental sounds totally sell the quiet-but-creepy atmosphere, while Jessica Curry’s soundtrack is easily one of the best that any game has ever had. Ever. It’s so good that I bought the special edition vinyl despite not owning a record player to listen to it on.

In short, Everybody’s Gone to the Rapture is a game I really, really suggest anyone with an interest in so-called “walking simulators” play. Even with the problematic PC port, Rapture is an intriguing and memorable experience if you have the patience to push through its slower moments.