I’ve grown increasingly exhausted of Pokémon with each generation, despite feeling the games are improving overall. From Gold through Pearl, I had unyielding optimism to “catch ‘em all” and excessively grind my team up for however many or few trainers awaited me in the postgame. Yet, even though I consider Sun and Moon among the best Pokémongames to date, I’ve been too hesitant to actually complete my own playthrough.

I had a hard time pinpointing why I felt this way other than age until Pokémon Let’s Go addressed a part of the problem. It replaced battles against wild Pokémon with Go-styled capture encounters. Strangely, I felt a bit relieved that one of this long-running franchise’s main gameplay styles was being downplayed in favor of what many consider a minigame. Even Chris Carter’s review agrees the removal of random battles feels relieving, cutting down on the feeling of grindiness in a beneficial way. It’s a sign that something about Pokémon’s battle system has aged poorly, which is odd given that it remains an enjoyable centerpiece of the franchise. 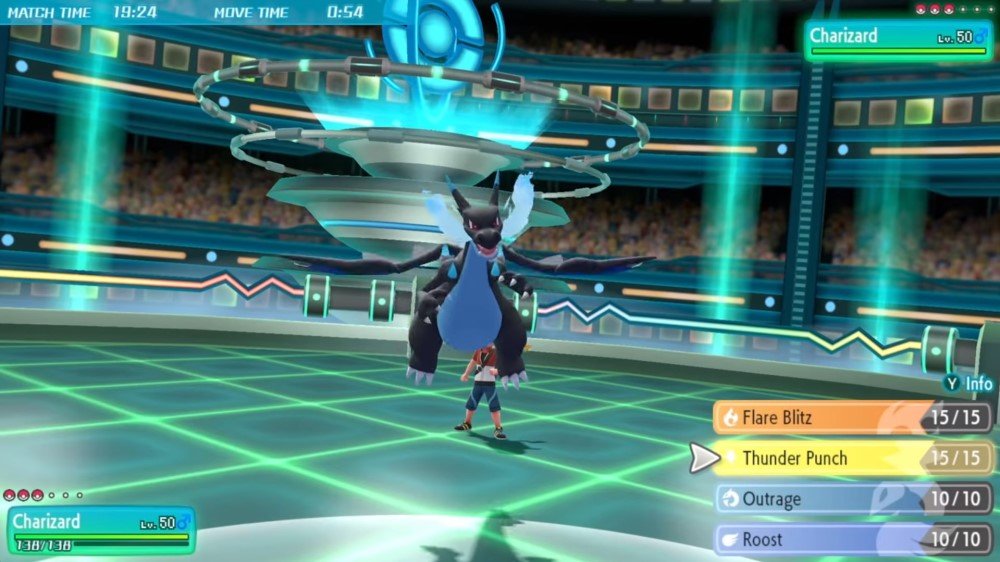 For being one of the most iconic RPGs on the planet, Pokémon uses a battle system that feels extremely different than most others. On its surface, it’s mostly straightforward and traditional, being a turn-based RPG where you only use one of your six party members at a time — barring occasional exceptions — alternating turns with your opponent to attack, swap party members, or use an item. Other battle mechanics greatly increase damage relative to max HP as you level up, making one-shot KOs increasingly common as long as players make optimal decisions. Combining the limited action availability with the risk and rewards of offense-heavy gameplay means that every decision you make could drastically shift the battle for or against your favor, which is ideal for exciting reversals and tense comeback stories.

This is a major reason why the competitive Pokémon scene is so popular. High-level play is a battle of planning and mind games, calculating both what an opponent can do and what that opponent will do. It makes for exciting and tense matches about both sides trying to predict each other but never being certain what will actually happen.

But those intrinsic design strengths mostly apply to multiplayer. The same cannot be said for an average single-player Pokémon battle. AI opponents tend to be far more predictable both in the options they have and what decisions they make. Without a human opponent, the tension between move animations instead becomes a waiting game of selecting the same moves over and over while the exact result you expect keeps playing out. Just raising teams to expected levels relies on repeatedly knocking out simple enemies, which becomes more time consuming the more ‘mons you’re trying to raise, yet no less predictable.

That doesn’t mean single-player Pokémon battles are bad per se, but it does mean they can get overly routine with age. When we were first introduced to this gameplay, it was a brand new idea to toy with so many possibilities in this unfamiliar system against hundreds of wild and NPC Pokémon. Even if we just spammed Earthquake on our fully-evolved starter (I did), we were constantly learning more things to take into account such as the fact that Flying-Types and Levitate users require other moves. There was just so much data to parse that there was always something new for kids like our previous selves to discover about this system, so it didn’t get old for a while. 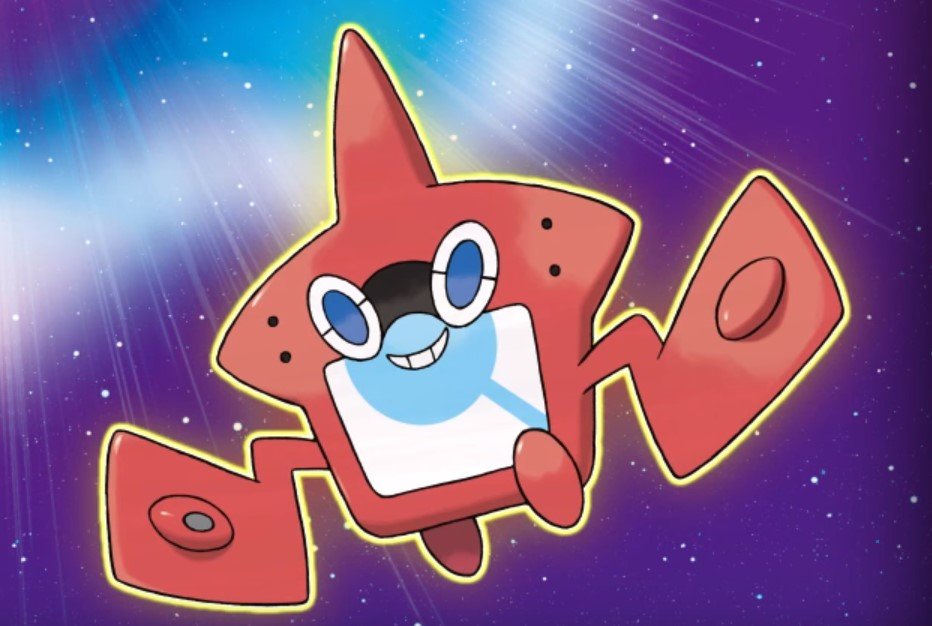 Times have evolved, and the internet now allows us to parse entire libraries of information with ease and convenience. The fun social aspect of battling other kids on the playground during the days of Red and Blue is now an online phenomenon that people dedicate years to studying and mastering. And similar to the feeling of constantly discovering new Pokémon and moves in the single player campaign as a GameFAQs-less kid, keeping up to breadth with the metagame’s strategies and planning around them invokes a similar thrill of constant discovery and learning.

But little has changed to evolve the single-player battling along a similarly interesting path, and I worry that this system’s age has begun to show. Now, spamming Earthquake and occasionally Flamethrower feels a lot less interesting because we’ve already learned all we need to know about that strategy two generations ago. Given that these games are designed expecting players to spend dozens, often hundreds of hours in single player training to prepare their teams for multiplayer, this is a huge problem that future generations need to address for the sake of all veteranPokémon players. Single-player superfans will have a less interesting time sweeping armies of Team Rocket grunts with similar teams, while multiplayer maniacs have to play solo for hours anyway just to prepare a team for online play.

I probably don’t have to tell you guys this next part, but Let’s Go doesn’t provide a permanent solution. Even if it makes for a great spin-off experiment, replacing one gameplay style with a completely unrelated one leaves this awkward feeling of something being missing. Future games should instead revise these battles in some way to make them more refreshing in a normal playthrough.

Game Freak has been trying to spice up their random encounters for years, hence their pushing for new wild battle types such as horde battles and SOS battles. To their credit, SOS battles make for many of the most strategically challenging boss battles in the franchise, even more than most trainer bosses, and I consider them at least comparable to the exciting risky-and-rewarding decision making you can get out of a good multiplayer battle. As random encounters, they’re a hearty helping of EXP but otherwise can feel like padding. They’re trying to do something about how repetitive and mindless AI battles feel, but they haven’t quite nailed it yet. That’s probably because they haven’t sufficiently addressed the one common thread between them that isn’t shared by multiplayer battles: the AI itself. 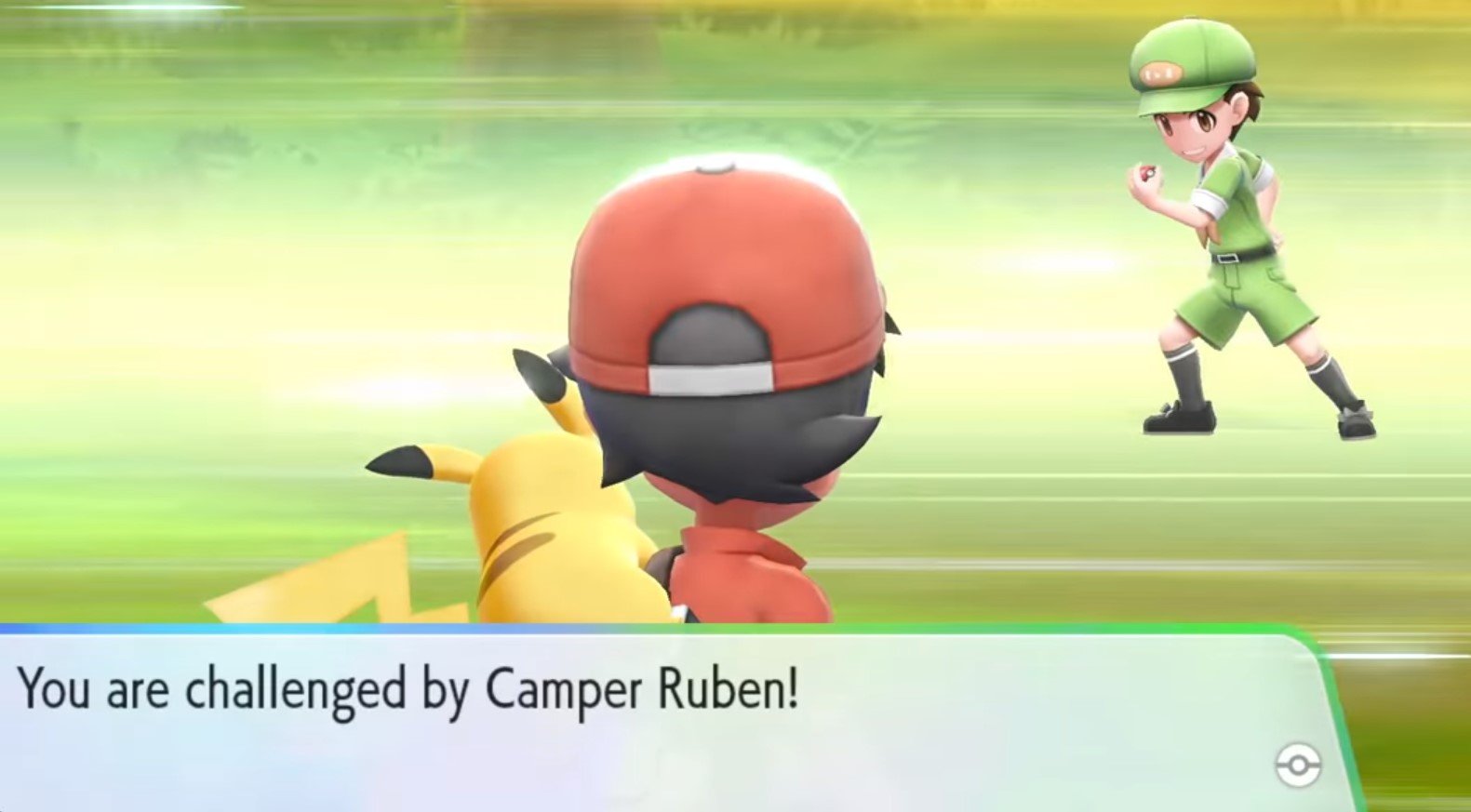 Refining trainer and wild Pokémon AI and capabilities can allow them to more closely resemble the risk-and-reward challenges of a human opponent. Actually, Game Freak is already halfway there. Ever since Emerald, sometimes-recurring postgame facilities challenge players in restricted battles against trainers who fight closer to real players than any other AI enemy. They still don’t entirely solve this problem since they’re limited to postgame battles with temporary level restrictions, but they’re onto something.

Applying smarter AI and broader move sets to every wild and trainer battle could finish the job. A difficulty curve that gradually introduces more complex battle strategies in regular encounters can keep things feeling fresh. It’s true that its simplicity is a part of how most of us got intoPokémon in the first place, but a difficulty selector (one available from the get-go unlike Gen V’s, please) can satisfy both worn-out veterans and youthful newbies. Also, it’d be great if you could finally skip the catching tutorials by playing on a higher difficulty! Or on any difficulty. Or ever.

Smarter AI could arm themselves with a broader variety of moves, not unlike Let’s Go‘s Master Trainers. It could recognize a player Pokémon’s role by its species or by observing its behaviors and attempt to counter that role. Smarter AI could also rely on mechanics usually only seen in competitive play and throw veteran players for a loop and make more memorable encounters. Simply put, smarter AI could help players tired of single-player battles have more fun.

One of the big appeals of this franchise is how you constantly work with your Pokémon to overcome increasingly bigger trials. These games emphasize the journey of training because that is at the heart of their themes. By proxy, they will probably remain grindy. And that’s okay, 99% of great RPGs are grindy in some sense, but there’s a difference between an enjoyable and rewarding grind versus an exhausting and stagnant one. A grind that does more to challenge and entertain veteran players on their way to thePokémon League would serve the heart and soul of these themes much better.