It’ll save you some trouble

Resident Evil Village is out, and we can finally talk about a few elements of it.

Consider this tip as non-spoilery as possible! It’s just about a nuance to the shop, which was shown off weeks ago. And it’s a helpful warning, before you mess up too badly. 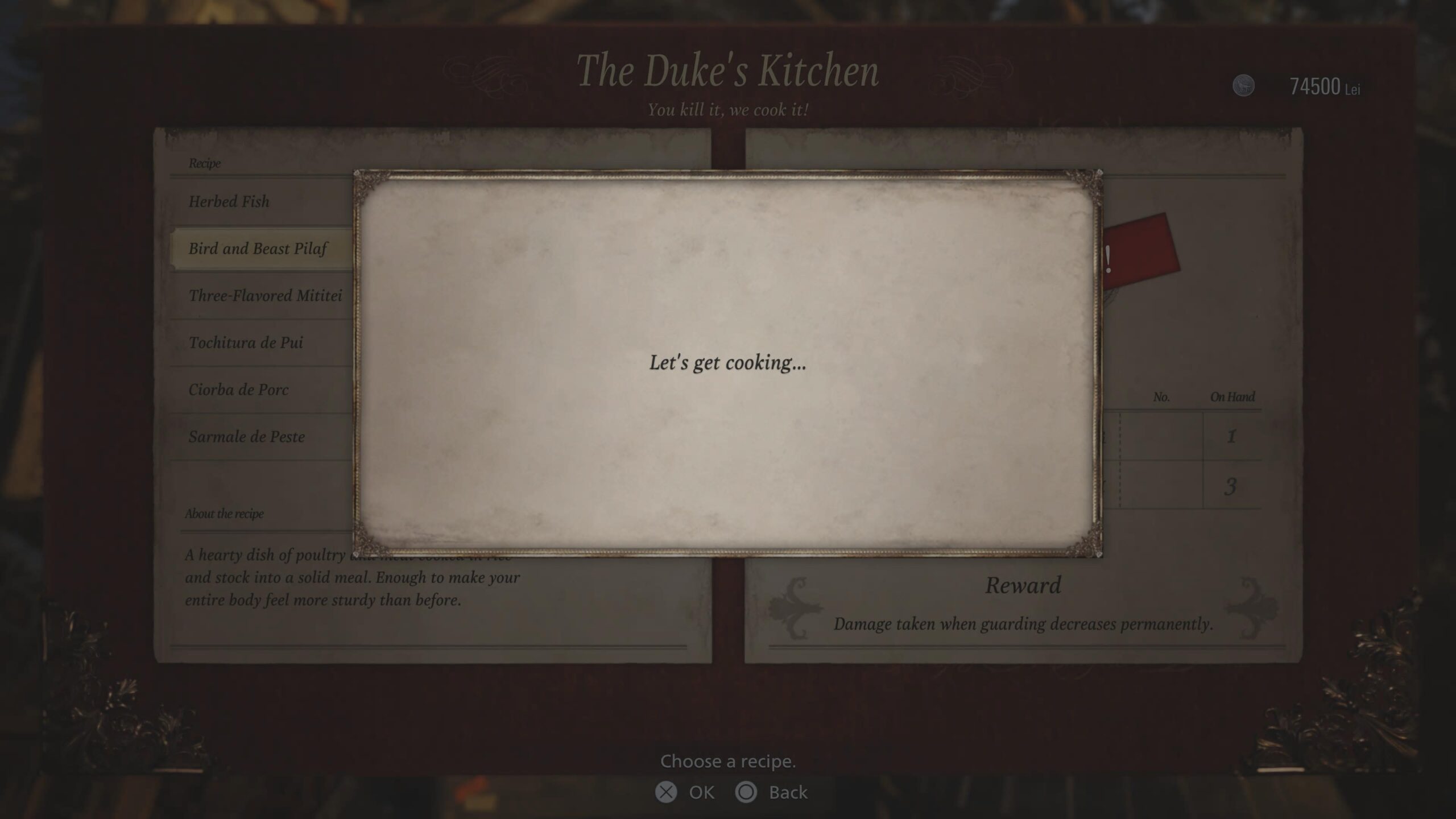 Roughly three to four hours into the game you’ll come across a shop right near a pedestal, close to the village you started the game in. At this point you’ll probably have acquired some animal parts: like the carcasses of fish, chickens, and pigs. Do not sell these directly to the shop!

It’s kind of confusing, but the shop keep will actually offer a cooking tab roughly around this part of the story, after progressing a tiny bit. While you could sell animal parts for a cash reward, you should save them so you can use them on the cooking portion, which opens up permanent bonuses. For instance, things like “damage taken when guarding decreases permanently” for the bird and beast pilaf.

All you have to do is grab the ingredients, go to the shop, select the cooking tab, and surrender them via that menu. Keep them all handy until this unlocks! I made the mistake of selling even a few pieces of food to unlock an upgrade before I knew this option existed.