It’s not over yet, Snake

Kojima’s departure from Konami has left me all sorts of worried for the future of Metal Gear Solid— a series that I’ve enjoyed ever since I laid eyes on the first NES game over 20 years ago. For now though his legacy is intact and ongoing, as a result of the recent release of Metal Gear Solid V, which happens to house a fully-fledged multiplayer experience in the form of Metal Gear Online.

While I’m unsure of how much Konami will support it going forward, for now, I’m somewhat pleased with how things are being handled. So far, at least. 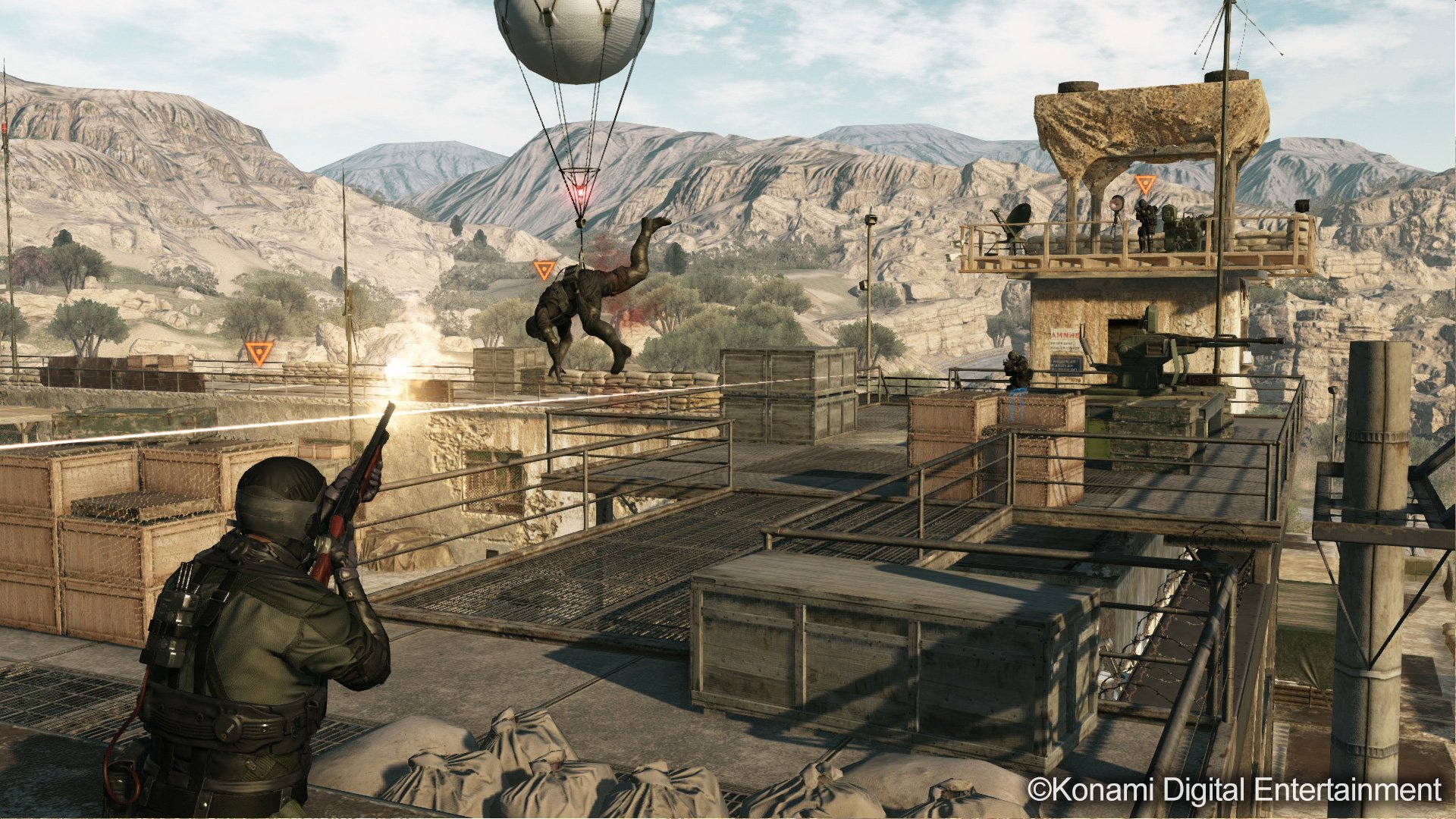 After downloading the free add-on (if you own the original game), players will be greeted with a whole new main menu. That’s because it’s a completely new title, and in no way feels tacked-on to the core Phantom Painexperience. In fact, there’s very little in the way of interaction between the campaign and MGO.

You’ll start off within the character creation module, which takes the shape of your avatar from the core game, and a choice — players can adopt the scout, enforcer, or infiltrator class (standard, heavy, and light, essentially). Your first character is locked in after your choice, but after a few hours of play you’ll unlock two new loadout slots and plenty of cosmetic pieces of gear, including goofy hats. There’s also a really cool freeplay mode that allows you to try out your loadout and equipment at will, which has plenty of ground to cover, featuring a diverse jungle location. I wish more games had this feature, as it’s incredibly easy to tweak a loadout, go into freeplay, try it out, and tweak it some more.

Online play itself provides you with a few options, including automatch (traditional matchmaking), “select” (filter any map or mode), and “create” (complete with a password feature for private games). It’s a pretty open-ended system with plenty of choice, but it seems to be P2P-based, so expect online issues depending on the connection on top of any problems Konami has with the servers. For the most part, my time with the game in the past day or so has been rather smooth.

You’re only getting three gametypes currently, including a ticket-based mode (read: lives), a data theft variant, and capture the point. It’s all stuff you’ve seen before, but the deciding difference is the Metal Gearcharm that injects itself throughout MGO. For instance, killing enemies will reduce the opposing team’s ticket count, but Fultoning them after using non-lethal force will net you more points. Making lots of noise will also show up on the radar, so it’s up to players to use stealth as much as possible to maximize their kills.

After a few hours, I really started to pick up on quite a few new tactics, which is very similar to how Phantom Painplays out. MGO really is a skill-based game, with plenty of nuances to learn, and an emphasis on stealth prowess. Bounties for more points even show up on players who do well, and I’ve seen many matches where top people complete entire rounds with no deaths — hell, without even being seen, really. There’s also a lot of little touches, like the “Team Liquid” and “Team Solid” monikers, and the power to change the soundtrack to legacy Metal Gear music.

But there’s one major shortcoming that I can see rather clearly right now — a lack of diverse modes. It’s very easy to feel isolated after going back into freeplay mode, and the three gametypes do tend to blend together at times. In short, you’re really going to get as much out of MGOas you put in, and the skill of the enemy team definitely plays a factor in terms of how much fun you’re going to have — think of them almost as mini-Metal Gearboss fights.

I need some more time, but my initial impressions of Metal Gear Onlineare positive. It really feels like a Metal Geargame…online. Without the complete mess of the Guns of the PatriotsKonami login scheme, of course, and with its own issues to boot.