My life for Aiur

Although I had played countless RTS games before it (Command & Conquer, rest in peace), StarCraft grabbed me like no other in 1998. Part of it was because a large group of my friends, even those who had no prior affinity towards strategy games, flocked to it, but it was also a damn good game in general.

StarCraft II never really commanded a hold on me in the same way at launch, but after Heart of the Swarm, I started to warm up to it. From what I’ve played so far, Legacy of the Void builds upon everything Blizzard has accomplished to date with the series, and is a nice little sendoff for the trilogy. 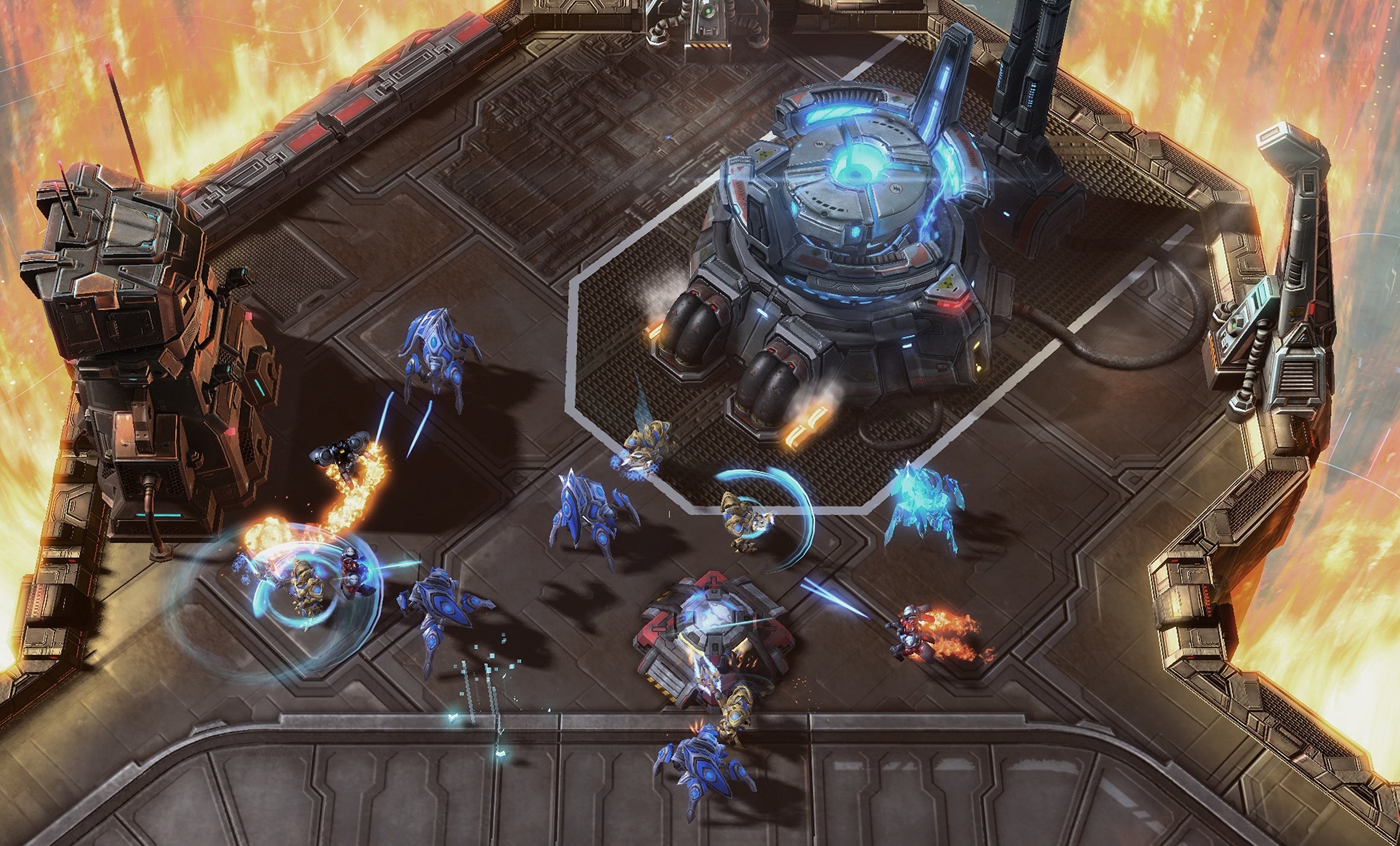 For those who aren’t aware, Legacy of the Voidis a standalone release — it does not require the first or second modules to function. Since it has a nifty “story so far” video built-in, you don’t even need to play the previous two games to have a sense of what’s going on, though you’ll obviously benefit from having done so.

If you haven’t been following along at all,Voidpicks up with all three armies (Terran, Zerg, and Protoss) facing Amon, an evil xel’naga (read: powerful being) hell bent on destroying all life in the galaxy. There’s a prologuebuilt in with three missions in tow that set up this struggle, and for the most part, you’re going to be controlling various factions of the Protoss army on Artanis’ quest to unite the clans, and actually pose a threat to Amon.

Blizzard pretty much has the formula down pat at this point when it comes to mission types. Every level I’ve played so far strikes a good balance between action and strategy, and the orchestral score sufficiently pumps you up even if all you’re doing at the moment is building troops. Micro-managing one’s army is a cinch with hotkeys, double-clicking to select groups, and pressing F2 to instantly command every unit — but that’s just it, you’ll need to micro somewhat, especially on higher difficulties to succeed (Brutal has been greatly altered for the best to provide a real challenge).

There isn’t really a whole lot of room for nuance here with this black and white conflict, which is mostly a good thing as the story never really takes any turns down pointless avenues, nor does it set up new plotlines so much as it aims to close them. Instead, Voidseeks to provide action-packed setpieces one after another, teeming with personality and dread, and a campaign that moves rather quickly.

With all that said, having played through a good deal of the story, I think I’m comfortable stating that I enjoyed Swarmmore overall, as it was more of a personal tale. It dialed back the stakes a bit to really dig deep into some characters who needed some love, and as a result, it felt very different. Voidtries to balance the fate of the galaxy with Artanis’ role in the narrative, and it mostly succeeds, but some personal touches get lost in the fold. 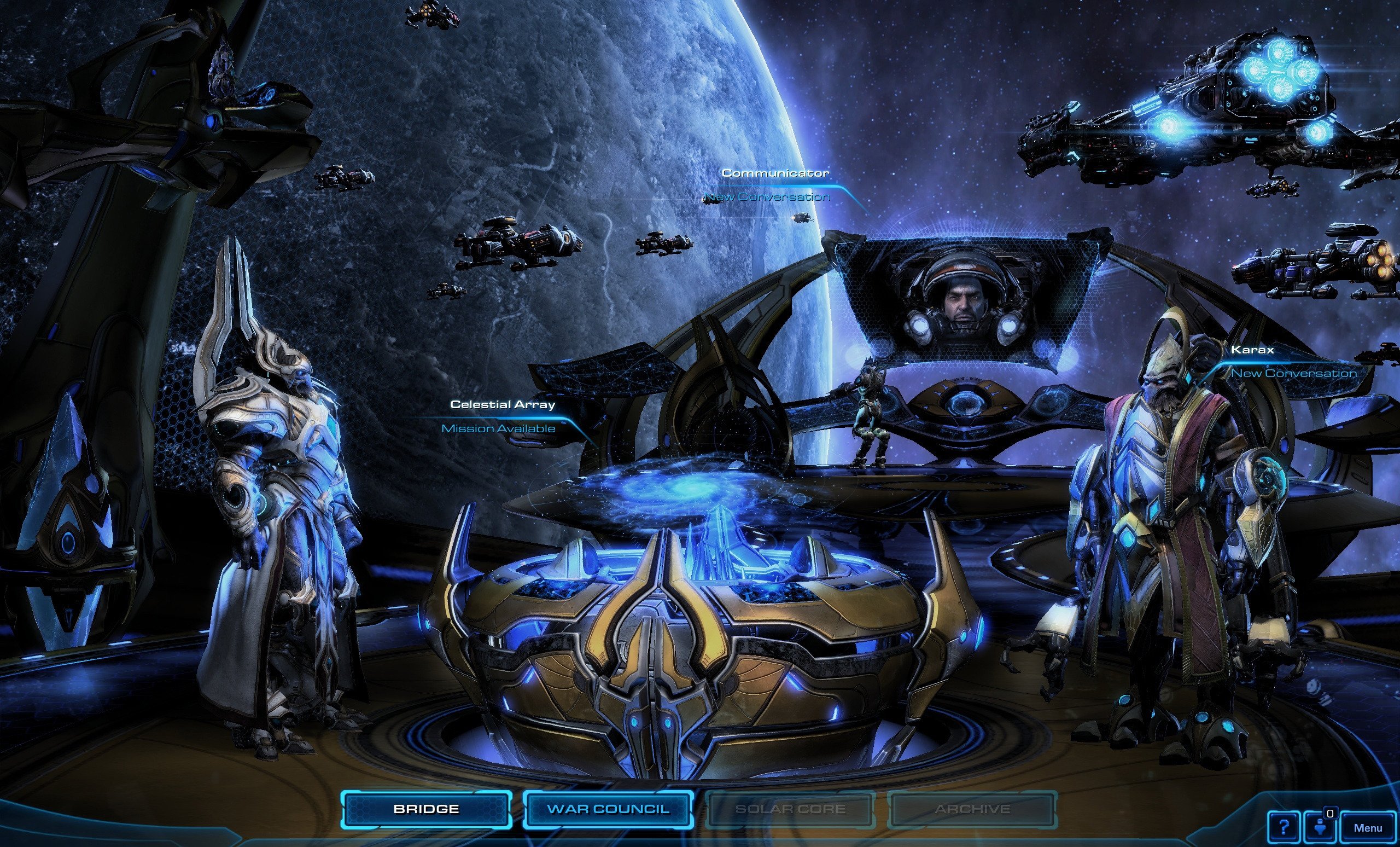 The cinematics, as always, are top-notch. Without spoiling anything there’s a few particularly tense moments with damn good choreography and actual consequences that span the StarCraftlore. Blizzard once again proves that it’s the master of its craft here, and fans will no doubt be sharing a few “holy crap!” moments across various channels for the weeks to come. While there is some form of closure the story of StarCraftisn’t completely done just yet though, as more DLC is coming down the line.

I’m only early on into my time with StarCraft II: Legacy of the Void, and I still need more time to finish the story, and test the game’s co-op and multiplayer components before I provide a full review. Right now though, I’d probably recommend it if you’re already invested and want to see how the story concludes. No, it probably won’t surprise you, but it’s worth playing.