World of Warcraft might not have the same cultural cache it once had in an era filled with multi-million player free-to-play MMOs, but at this point it’s most definitely an institution.

The fact is, Blizzard has maintained the project for nearly 14 years with a subscription-based service. All around them they saw the vast majority of their competition move to free-to-play, yet they remained steadfast. Its seventh expansion promises to get back to basics in a sense, but it’s also indicative of where it could go from here. 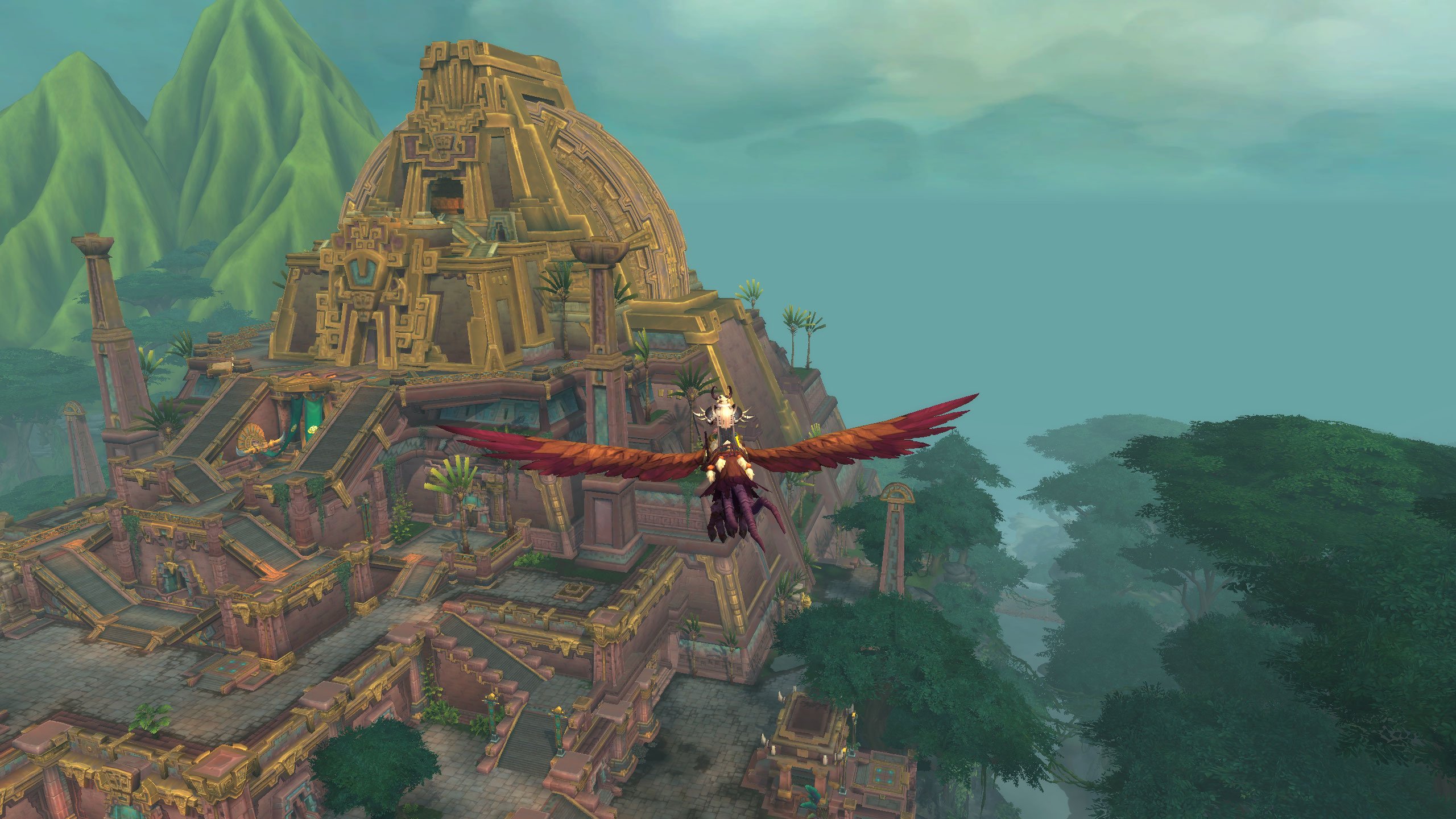 Some people see the all out war narrative shift inWorld of Warcraft: Battle for Azeroth to be reductive, especially after the “both sides working together” concept was going somewhere, but I’m not so sure about that. While the Orcs vs. Humans angle is trumped up to a silly degree, particularly for advertisement’s sake, I do actually see it going somewhere and I envision a future where I’m looking back at the events of this expansion wistfully.

A lot of major characters have died to get here, and quite a few big names are involved in the events of the story that’s unraveling right now. Based on my experience so far I’m hopeful that it’ll justify its existence, though I’m not as immediately as enamored as I was withLegion. Part of that is because I was so attached to the idea of fighting the Burning Legion once and for all and playing my ideal class — Demon Hunter. But it also just felt more pressing from the start, whereas Battleis more of a slower ramping up.

Even still Blizzard is bringing all the tricks of the trade that they’ve learned to date and have once again nailed the solo experience. Beginning with my Horde Blood Elf Demon Hunter I found myself in a mess of a prison break in Stormwind, which played out like a miniature dungeon to the tune of a heist-focused action movie. Eventually that focus is widened, coupled by numerous cutscenes that help alleviate the questing process.

Battlesees both sides sailing across various [new] bits of Azeroth in search of allies, which takes both the Alliance and Horde to new lore-heavy locales — Kul Tiras (homeland of Jaina) for the former and Zandalar, troll land, for the latter. Because of the mystery surrounding these places it allows for Blizzard to get a little creative with them, with plenty of out-there concepts like dinosaurs and pirates.

Seeing as this is the crux of Battle‘s new content it’s very important that it shines, and currently I’m at odds with it. We’ve seen many of the same themes (pirates and dinosaurs were even in Vanilla WoW), but the slight differences like non-Naga snake men (Sethrak) on top of the Naga, with their own stories differentiate it enough from what Blizzard has done in the past. The new worlds are also some of Blizzard’s best, most detailed work yet — some of the best in the entire MMO sphere actually.The Necropolis at Zandalar is a sight to behold in photos, but even more awe-inspiring in motion, and the music is worthy of being a part of any film score. It does kindle the desire to do it all twice: once more with one of my Alliance characters (despite some crisscrossing). I haven’t felt like that about an expansion in a long while.

On the less emotional side the Artifact weapon system has been reworked into an amulet called “The Heart of Azeroth.” This is basically your “leveling beyond the cap” doodad, and is a little more manageable given that amulets/accessories have always had a less exciting feel to them when they drop. It links up with armor to provide new abilities, and right now it’s not in the way at all or super important; so expect more thoughts later down the line. 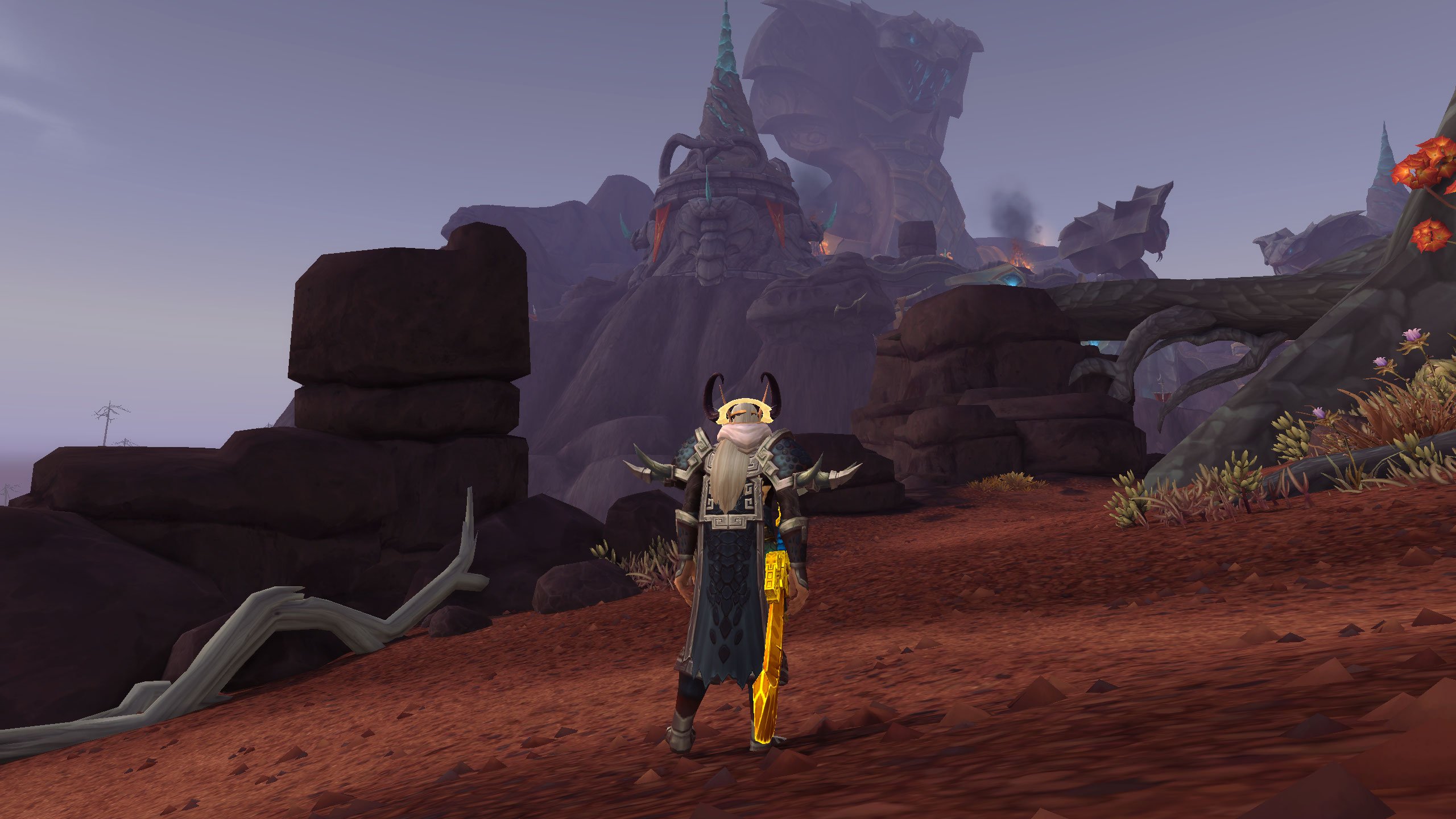 Blizzard seems to finally have figured out a way to appease fans who both adore and oppose world PVP. Me? I think they could have allowed free transfers off of world PVP servers for people who didn’t realize what they signed up for — a thriving world PVP system on marked servers helped make World of Warcraftthat much more exciting — but maybe that’s too big an ask. Now in Battle for Azerothyou can head to either Stormwind or Orgrimmar (Alliance or Horde respectively) to toggle world PVP, which increases quest rewards/experience by 10% and unlocks PVP talents to use out in the wild.

The result, especially during the leveling stages (the best time to world PVP) is that a lot of folks aren’t playing with it enabled. And why would they? Now is the time when people are taking off work and trying to level their character for endgame: not get caught up in dust-ups. I turned it on before the expansion even hit (in part so I could write about it, in part because I’m such an old guard guy) and I’m basically coming across crickets. It’s such a non-issue that you can even bury the PVP talent and toggle section entirely by pressing an arrow and forget it exists forever. I’m anxious to see if that changes as time goes on.

As I’ve already expressed I’m not sure how I feel about Battle for Azerothyet. In some ways it’s a step down from Legionbut after all these years I’m still excited to play World of Warcraft, so it’s doing its job. This assessment is based on three weeks of messing around with the pre-patch features and a heap of expansion play (both prior betas and the live version), but I haven’t scratched the surface yet. Stay tuned for a future full review ofWorld of Warcraft: Battle for Azeroth after I reach the level cap and play around with its endgame.

[This review is based on a retail build of the game provided by the publisher. Currently I’m level 115, halfway to the new 120 cap.]