Welcome to the next level

The SNES Classic has been out a while now and my daughter and I have been enjoying it quite a bit. The best thing about it is the controllers. Having played with a Raspberry Pi, it was tough to find a suitable controller to use in the third-party market. I experimented a lot before finding something I liked, but having dealt with Retro-Bit and reviewed some of their other products, I was excited when they told me they’d send along a couple of new offerings, a Sega Genesis and Super Nintendo gamepad, complete with USB and original console ends for me to take a look at.

I am glad they haven’t broken their recent trend of offering decent accessories, because these new ones have made a fine addition to my growing collection of input devices. 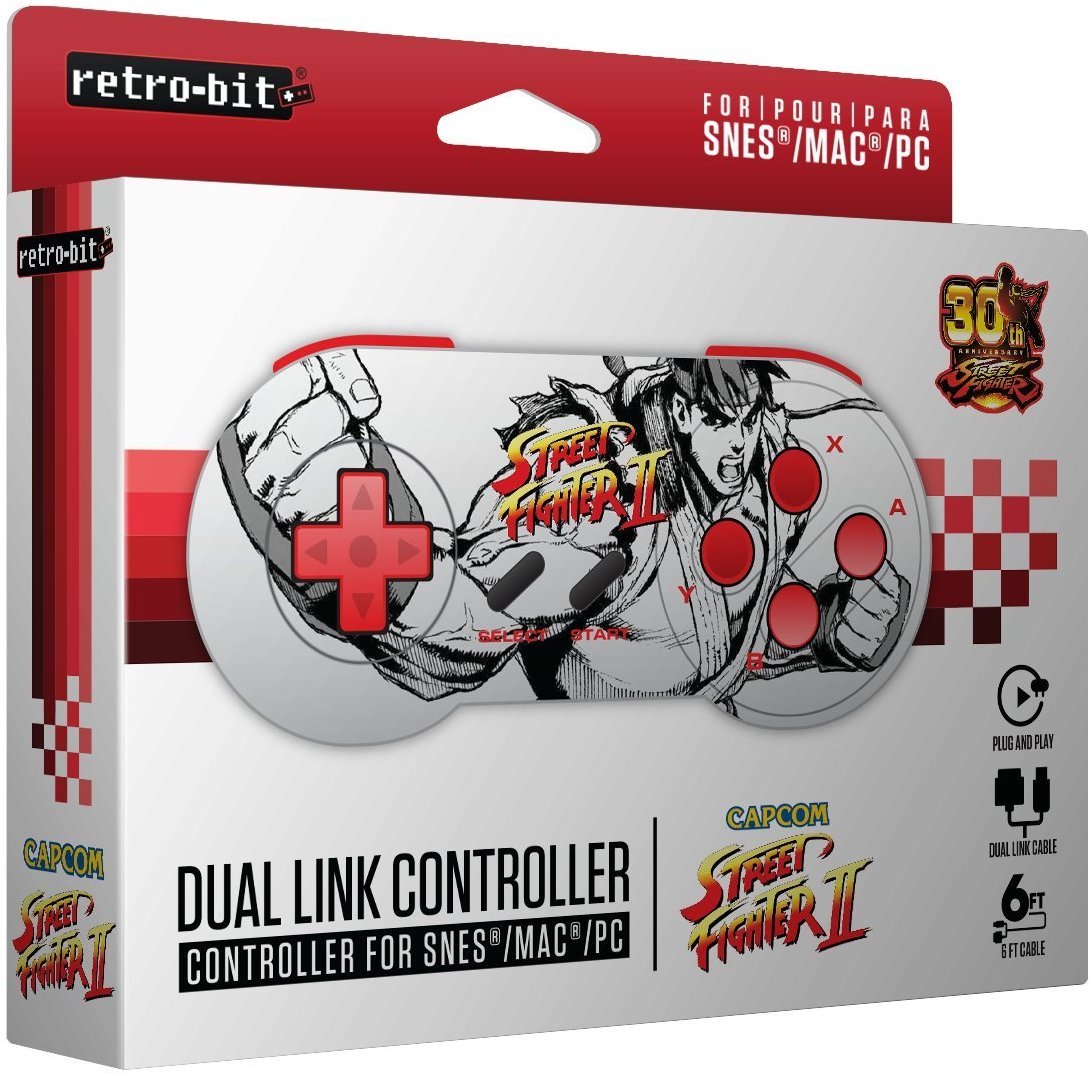 I’ll get the negative out of the way right now. One thing I have noticed with Retro-Bit and other companies is a bit of inconsistency. They sent me two Super Nintendo controllers, one with a Street Fighterdesign, the other aMega Man theme, and a Street Fighter themed Sega Genesis controller. Among the two SNES controllers, there are very fine but noticeable differences in the D-pad quality, with one being “squishier” than the other. Not noticeable enough to affect gameplay, but if I have a frustration universal among most of these offerings, it’s that no two controllers ever feel like they are built exactly the same.

The Sega Genesis controller feels thicker than what I am used too, and the D-pad feels very high from its mounting point, quite literally like it is floating. The R and L buttons on the SNES pad are clickier than I like.Keep in mind; all of this is nitpicking. 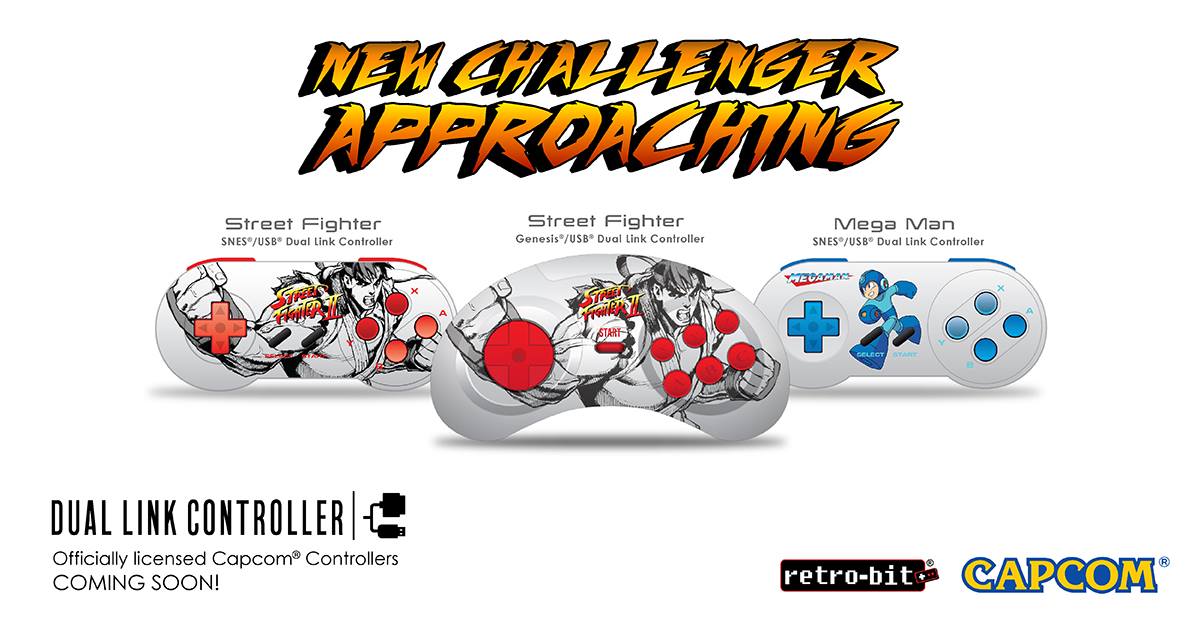 Retro-Bit has chosen to closer emulate the original controllers than its last release, the NES controllers, which I think is a smart move. While I found those ones to be very comfortable, the stiffer D-pad lending themselves well to many games, a controller attempting to do its own thing is not going to be a welcome concession for most people. What the greater audience of these devices are looking for is a reasonable substitution for their older, worn-out devices. I can’t imagine there being much demand for a unique interpretation. As an avid NES player myself, though I loved the Retro-Bit NES controllers, I did eventually switch back to my originals and other closer replications, reserving them specifically for PC play, or when playing multiplayer.

Being able to directly compare the SNES controller to the original in this instance, this is a fairly accurate replication, albeit made of notably cheaper materials. The design is minimal; I do love the blue buttons on the Mega Man controller, and I’d dare say I like the D-pad just a smidge better. I didn’t have any accuracy or configuration issues on either controller.

These days there is no lack of USB device solutions for playing old games, and Retro-Bit’s own 16-bit era, $17.99 entries are safe enough that they should please sticklers while the licensed Capcom designs are quaint and add a bit of personality. Having original inputs is great, especially with the Super NT Mini looming on the horizon, even if it’s a little inelegant to have a two-pronged cable at the end of it all.

I’m happy we have so many options these days. If my future self went back in the past and said, “One day you will be reviewing Retro-Bit products that you won’t want to toss into a trash compactor,” I would have said, “You’re kidding, right? I don’t believe it. So in the future am I also thin and desirable?”

Future self then frowns, presses the time-travel doodad, and blinks out of existence.

[This review is based on a retail sample provided by the publisher.]