Activision is in a unique position at this point. It basically started the video game toys-to-life market, and now, a major competitor has pulled out entirely. If it was worried before, it’s less worried now.

It’s just as well as the company has a new major release on the horizon this October —Skylanders Imaginators. 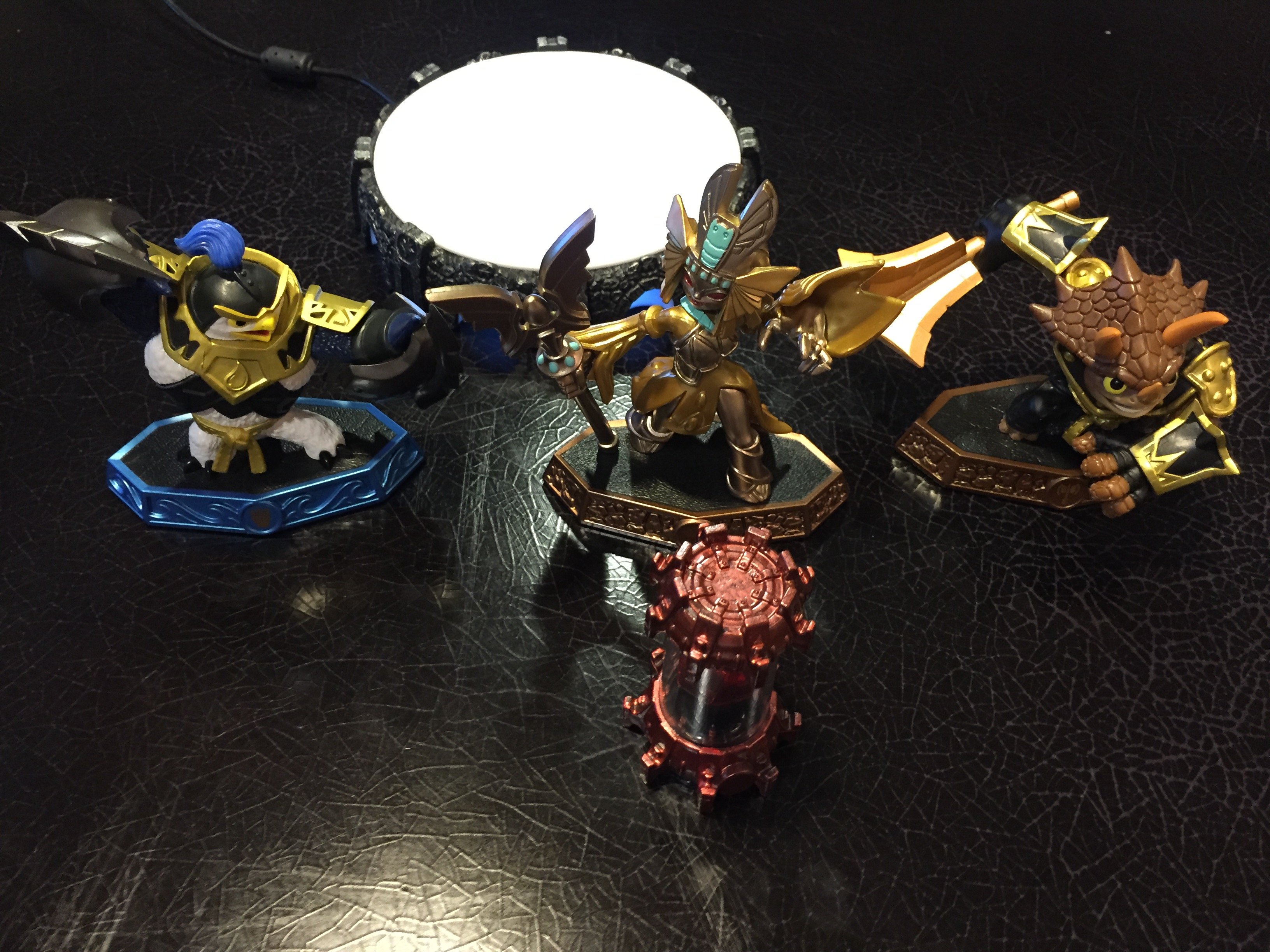 Introduced by way of a short hands-off presentation, the reps over at Activision had nearly a hundred hand-drawn pictures from fans strewn about a table. With characters from stick figures to fully-fledged professional artwork with statistic and ability breakdowns, they mused on the idea of letting them create their own Skylander based on this common request. That’s basically Imaginators‘ newest gimmick.

Players have the option of choosing from 10 classes (like brawlers, tanks, or casters), and customizing just about everything on their character — it was pretty impressive, all told. You can go as deep as individual body parts (male or female) all the way up to a catchphrase and vocal performance. To start a creation, you’ll need to tap the “Creation Crystal” (which come in multiple elements) to the portal. And how are all of these options doled out? By way of loot, of course.

Based on the demo I was given, it essentially takes from Diablo. Players are given randomized loot from special chests, which could pop up just about anywhere, and range from weapons (including absurd ones like frying pans) to other custom bits. No longer just relegated to hats (that I rarely wanted to use for aesthetic reasons), I really dig the idea of replaying stages to eventually unlock everything.

But just one gimmick wouldn’t be enough for Activision, so there’s two more — Sensei and Villain figures. Roughly the same dimensions as the Giants line, these add additional level caps to the game (which I was told were not necessary to complete the game), new bonus level gates, and of course, inherently allow you to play as more characters. I was told there would be 10 of each type released throughout Imaginators‘ launch. “All 300+ legacy characters, vehicles, and racetracks” will be supported.

As part of the ($74.99) Starter Kit, you’ll get one Sensei, one Villain, a portal, and an undisclosed Creation Crystal element (I saw fire but was instructed that it’s subject to change). It’s hard to know if the market is saturated enough for this to do better than SuperChargers, and I haven’t even played it yet, but it does look neat and the dungeon crawler hook could be a big hit on higher difficulty settings.

Skylanders Imaginators will arrive this October on PS3, PS4, Xbox 360, Xbox One, and Wii U. When asked what their plans were for a mobile port after the success of SuperChargers, an Activision rep responded “we decided to focus on Battlecastinstead,” and that there would not be a mobile version of the game.