If it’s not already there

SpyParty, my most anticipated game of 2013 (heh) is still well under development. After its facelift, it’s been adding characters in bunches, with the last bunch bringing along a puppy in a purse and a disabled character.

This new group of characters adds identical twins, a Sikh, a “rocker,” a Mediterranean woman, and a man in a cowboy hat from Mexico. Now, most people familiar with the game may think that new characters are nice, but have little to no impact on the game itself. However with identical twins added in to the mix, this is certainly not the case!

Even Chris Hecker, developer of SpyParty, is excited to see what kind of gameplay implications these twins have. 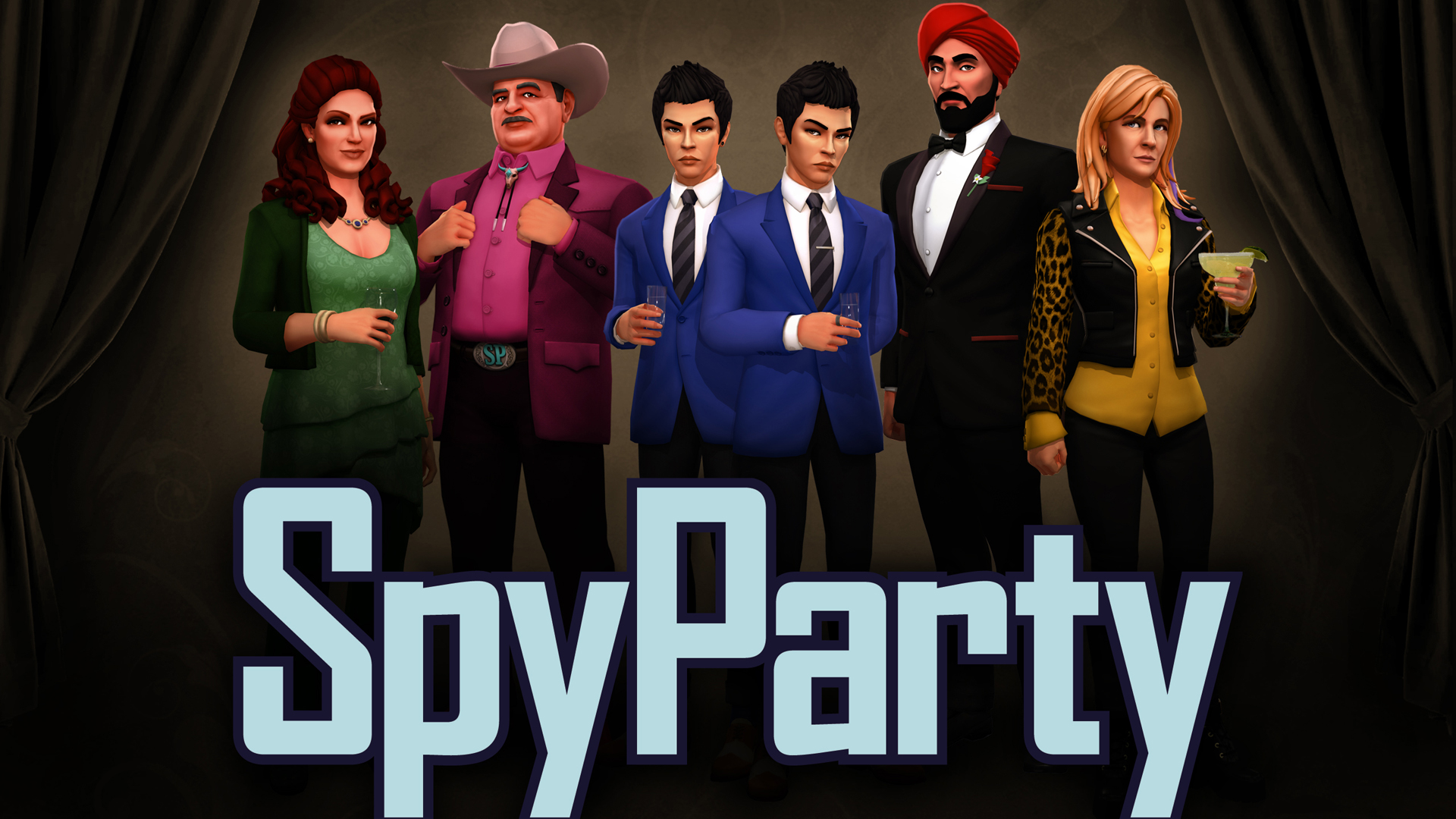 Chris and the SpyPartyteam has said similar things before, but reminded me that they always want to explore as many different types of diversity as possible when adding in characters. He says it makes the cast more identifiable, plus a diverse cast is perfect when mimicking spy fiction.

John Cimino, the artist, is always looking for interesting silhouettes and enjoys interesting headwear to achieve that goal, which is clearly seen not only here, but in past characters as well. If you would to turn out the lights, the Sikh and the cowboy hat would be immediately recognizable, as well as the fact that there are two identical silhouettes. The color saturation has also been pushed up, making them easier to identify. At least, so I’m told. I’m colorblind so I’m just taking Chris’ word on this. 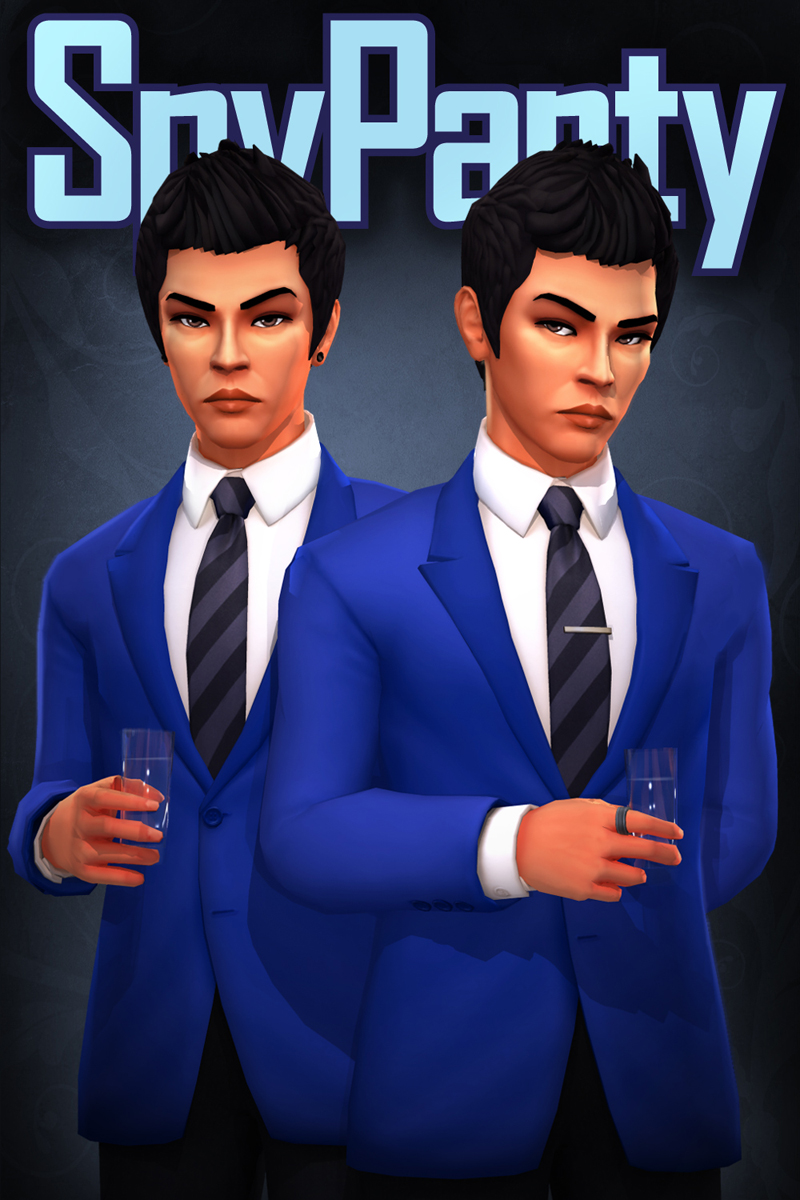 Let’s talk about these twins, shall we? Their temporary names are M and N (doctors, of course). What are they doctors of? No one has any idea! Espionage, probably. Chris told me that he has a bunch of knobs that he can turn to make their differences (tie clip and earrings) more or less subtle depending on how their samey-ness affects the gameplay. He also mentions adding subtle personality and behavior differences, too.

While talking about these new characters, Chris mentioned the possibility of adding a pick/ban phase to the game, not dissimilar to those found in MOBAs like Dota 2or League of Legends. When I asked, he said he hadn’t come up with any concrete ideas for this yet, but that it would work well with the game’s three different elements: missions, characters, and maps.

I also asked if by implementing a pick/ban phase, it implies that some characters are “better” than others, making them popular bans or picks. Chris told me that if he’s doing his job right, that’s not the case. He did bring up one really cool emergent and unique element to one of the characters, Ms. E:

For example, one that was completely emergent was that one of the older ladies walks really slowly. Of course, this is a huge disadvantage if you’re behind in the late game and need to get somewhere fast. However, the Bug Ambassador mission has a “walking variant” where you do it as a drive-by, and it’s tuned so that the normal character walk speed makes you overshoot while doing it, so you have to turn a bit to make it a tad more obvious. Except she walks slow enough that she doesn’t have to turn at all, she’s right in range at the right time, so she’s super powerful at walking bugs. We had no idea that would happen when we made her walk speed.

It’s the small (and completely unintentional) things like this that make SpyPartyso amazing.

SpyPartyhas an ongoing beta buy-infor a digestible $15. I’m not even going to venture a guess as to when it releases because I’ve been burned before, Chris Hecker.