It’s a bug-shoving world of mechs from Flight School Studio, the developer of Creature in the Well

Do I embed the polished announcement trailer for Stonefly or go with the “gameplay first look” video featuring a pet reptile chilling on the technical game designer’s shoulder? As if that’s even a question.

Creature in the Well was an unusual pinball-with-swords romp from Flight School Studio, and the team’s summer 2021 game, Stonefly, is even more conceptually out-there. In a good way, I mean!

It’s an overhead action-adventure title about piloting an insectoid mech – with a painterly natural world you’d never normally associate with mech games. The young pilot has to “shoo” bugs off massive tree branches, collect resources for ability and traversal upgrades, and reclaim her father’s precious rig.

She’ll also “forge relationships with a cast of memorable characters from the Acorn Corps, a band of castaway mech pilots,” which is the icing on top to keep me motivated once the eye-catching art fades. 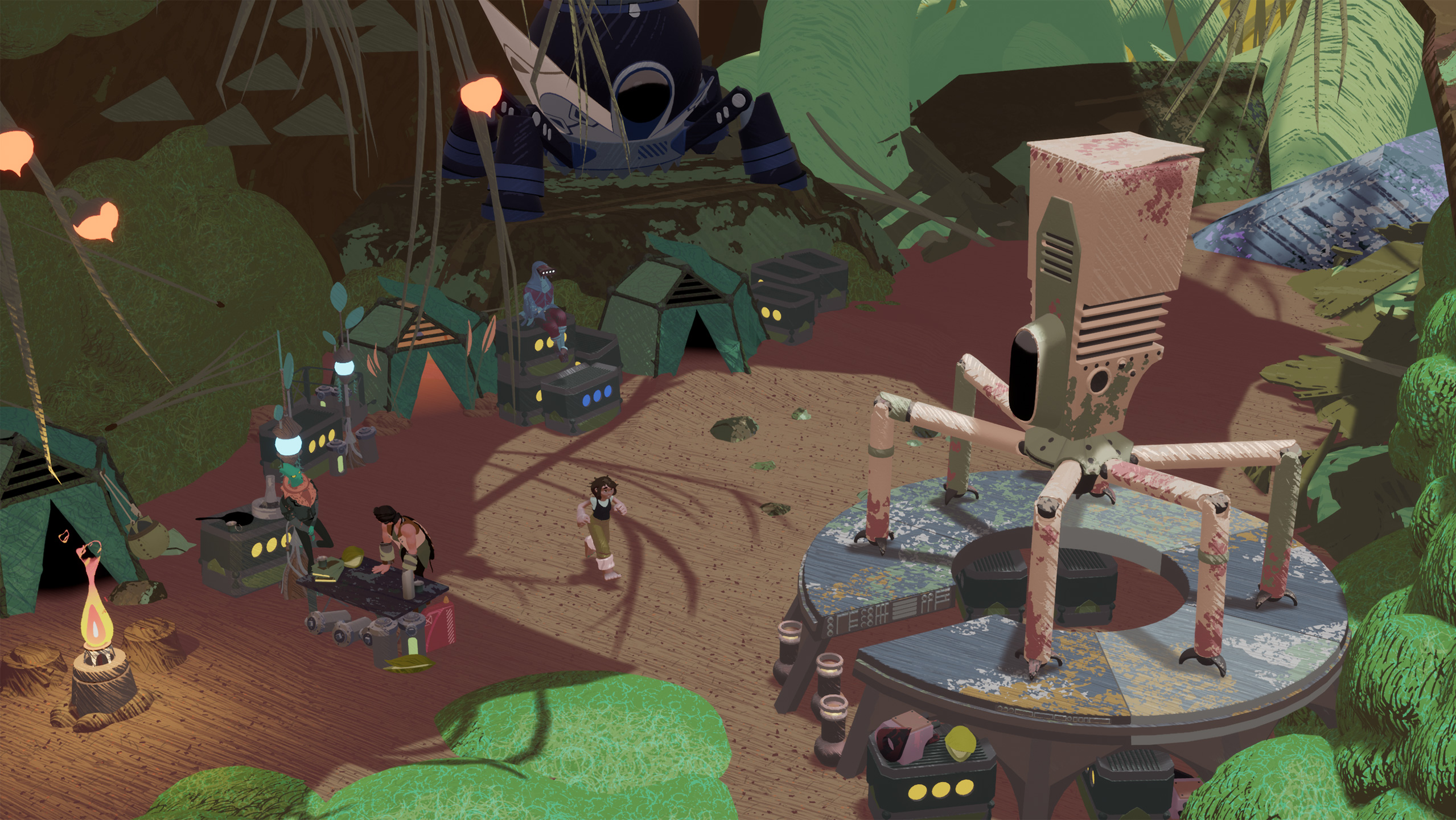 I have to appreciate the creative “we’re really going for it” energy flowing through this project. It stands out in a sea of small- to medium-sized games that either look the same, play the same, or both.

Before watching the narrated walkthrough from designer Mel Ramsden, my gut reaction was that Stonefly looked novel, and beautiful, but I wasn’t necessarily picturing myself having a ton of fun playing it. After letting the pitch sink in, though, I think it’s starting to click. I do love these little-big worlds.