What to know about puroresu

Hello and welcome to Strong Style! I’m Soul Tsukino, and this is Japanator’s regular column covering the world of Japanese Professional Wrestling, or “Puroresu”.

In light of recent changes to the network, a lot of you might be reading Strong Style for the very first time, and so I have taken the liberty of writing up a sort of refresher on the column, and the glory of Japanese Pro Wrestling.

Let us know what you think, and what you’d like to see more of from Japanator in the comments!

Pro Wrestling in Japan hasn’t been around nearly as long as it has in Europe and the United States. Sumo wrestling filled that role going back thousands of years. The first attempt at pro wrestling in Japan was in the 1880s when sumo wrestler Shokichi Hamada goes to the U.S. along with Sorikishi Matsuda (another Sumo wrestler) to train in American-style wrestling. Hamada tries to set up shows in Japan but fails to gain any interest.

Things didn’t get going until the 1950’s. A time when many things Western are hot in Japan. Small tours are set up to entertain the U.S. servicemen around the country. This inspired former sumo wrestlers and Judokas to start training in pro wrestling. Amongst them is Rikidozan, a former Sumo champion who within a year is touring Hawaii and the mainland U.S. In 1954 he founds the J.W.A. (Japan Pro Wrestling Alliance) as the first pro wrestling company in Japan. He makes himself the biggest star of the company and becomes a hero to the post-war Japanese, even though he is secretly Korean. Sadly Rikidozan was killed in 1963 from infections from a stab wound he received a week earlier. 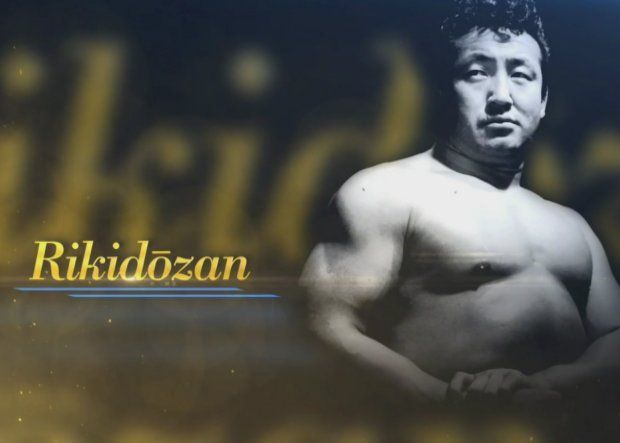 After his death, two names appear to take over the mantel of top star, Kenji “Antonio” Inoki and Shohei “Giant” Baba. Both not only have lots of fans but a lot of followers within the company as well. Political battles ensure over the rest of the 60’s and into the 70’s before both guys quit the JWA in 1972 and form their own groups. Baba’s All Japan Pro Wrestling and Inoki’s New Japan Pro Wrestling. These two companies are the big dogs in Japan until well into the 1990s with Inoki retiring in 1998, and Baba dying of cancer in 1999.

The early 2000s brought change for better and for worse. While known as a pro wrestler and promoter, Inoki was also like to have “shoot fights” or unscripted battles, with the likes of martial artists and boxers, such as his famous 1976 match with Muhammad Ali. By this point, he would put his pro wrestlers in MMA fights and they would lose miserably and would take MMA fighters and have them wrestle for pro wrestling crowds. This idea made wrestling unpopular. Meanwhile, in All Japan, Baba’s wife took control of the company but had friction with header booker (The guy who actually made the matches) and top star Mitsuharu Misawa. This tension finally exploded when Misawa left the company to form his own, Pro Wrestling Noah and took 26 of 28 contracted wrestlers with him. All Japan never really recovered from this and over time is reduced even further to a shade of its former self.

By the middle of the decade, New Japan makes a big comeback after Inoki sells the promotion to video game maker Yukes (who after a few years sells it to gaming company Bushiroad, the current owners). A new blood of wrestlers such as Hiroshi Tanahashi, Shinsuke Nakamura, Tetsuya Naito, and others help makes New Japan the biggest wrestling company in Japan as well as the number two wrestling company in the world behind the WWE where it still sits today.

What is “Strong Style”?

Strong Style is a reference to a style of Wrestling born in Japan. It is a style that combines pro wrestling moves and martial arts that is characterized by its intense action and what would be called “stiff”, meaning these guys hit each other a little bit harder than say the grapplers of the United States or the high flyers of Mexico. In Japan, straight up punches aren’t used as much as open palm slaps and forearms, along with kicks, suplexes, and throw type moves. Wrestlers like Shinsuke Nakamura (The “King of Strong Style”), Togi Makabe, Katsuyori Shibata, and Tomohiro Ishii are big time users of this style and makes for realistic and hard hitting action. 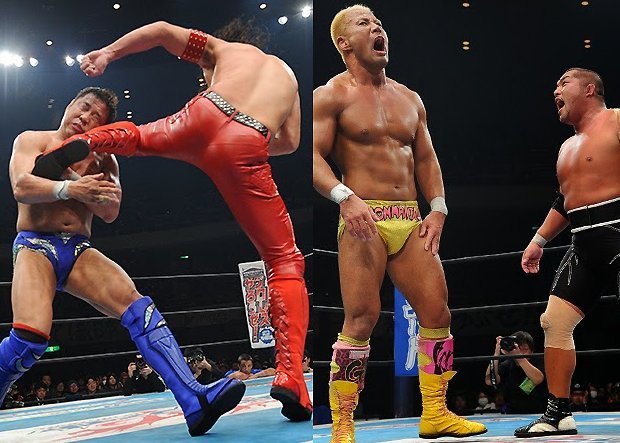 With the column. I cover New Japan Pro Wrestling on AXS TV. This is an English-language version of Japan’s “World Pro Wrestling Returns” show that highlights the best matches from NJPW cards of recent history in a chronological order. Currently, we are covering the event of late summer 2016.

So what’s going on currently on the show?

New Japan is a very competition based wrestling company. Although they do sometimes play up certain things for laughs, the action and rivalries tend to be based off of who can beat who to get ahead in the company, not the soap opera writing style that American fans may be used to.

As I said, the show is currently covering September. NJPW’s big tournament, the G1, just wrapped up with Kenny Omega emerging as the winner. As a result of that, he gets a title shot against the top guy, IWGP champion Kazuchika Okada, at NJPW’s biggest show of the year Wrestle Kingdom on January 4, 2017. Kenny and Okada both have to defend their titles between now and then to get there though.

Omega and Okada also head up their own factions with Kenny Omega heading the bad guy Bullet Club stable, while Okada is the head of CHAOS. The two teams are having a rivalry of who is the stronger team. 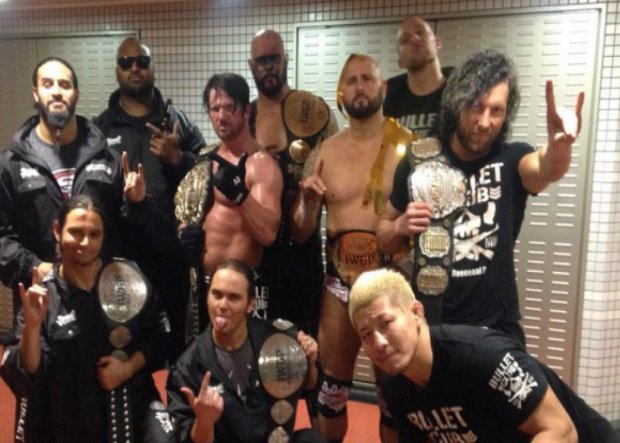 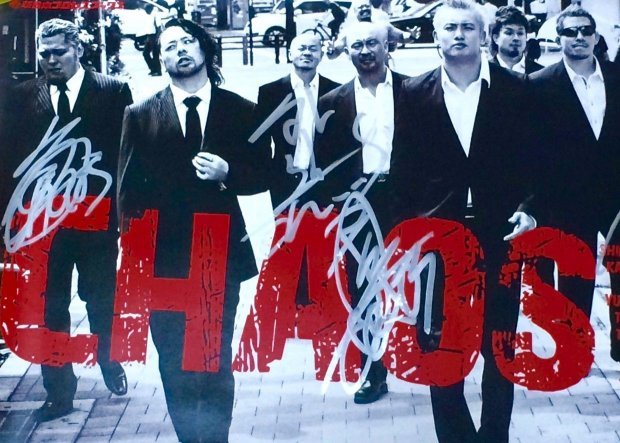 Elsewhere in the Junior heavyweight division. champion Kushida rules the roost as the top Junior Heavyweight. 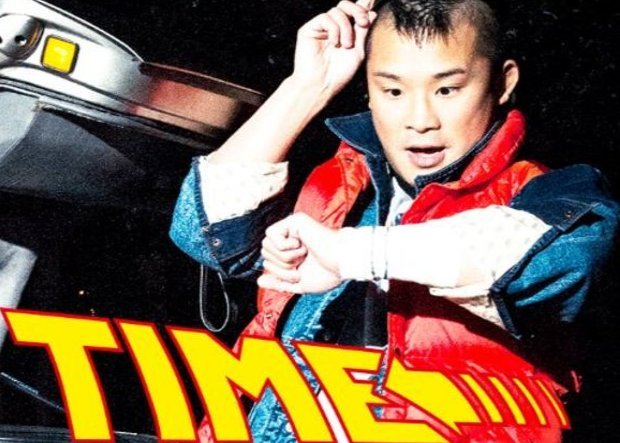 He has faced challenges by Englishman Will Ospreay as of late and is now facing the masked Bushi, who is a part of the bad guy Los Ingobernables group, lead by Tetsuya Naito.

In the tag team scene, the champions are The Guerrillas of Destiny, Tama Tonga and Tanga Roa. They are both the sons of 80s wrestler Haku and also represent the Bullet Club. The top challengers are Togi Makabe and Tomoaki Honma, known as Great Bash Heel. GBH used to be a bigger stable under Makabe’s leadership, but all the other guys turned on him to become CHAOS, all except the lovable loser Honma, who is always grateful Makabe never gives up on Honma, even though he doesn’t win a whole lot.

NJPW likes to copy the WWE, a lot. While the WWE has its WWE Network internet service, NJPW had New Japan World. It is priced roughly the same and you get to watch live shows plus a lot of older matches and content.

NJPW is also coproducing a revamp of the old Tiger Mask anime with Tiger Mask W, now just about to start its third season. A lot of the New Japan wrestlers appear on the show in animated form and are part of the storylines as well. 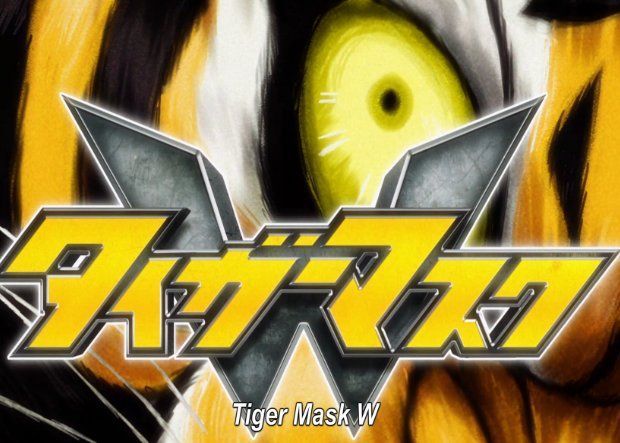 So that is what Japanese wrestling, New Japan Pro Wrestling, and Strong Style are in nutshell. the action is fun, hard hitting, and makes for a great alternative to what is commonplace for American wrestling fans. Hope you enjoy the journey!