I recently caught up with Edmund McMillen of Team Meat, who is working with frequent collaborator James Id on Fingered, a small project that’s launching next week.

We ended up talking about Isaac, what Team Meat is up to currently, future timelines for existing and potential projects, and a whole lot more. 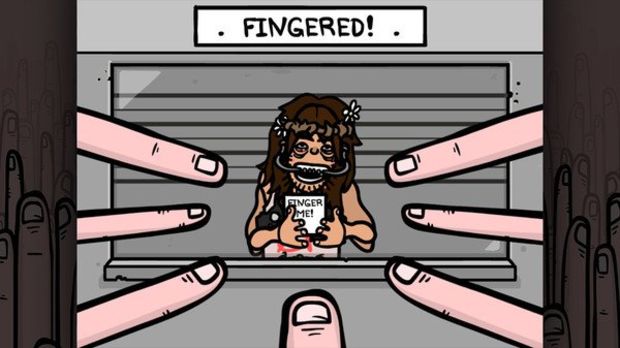 Destructoid: So what have you been up to lately?

Edmund McMillen: Just actually got back into more full time dev work, after a six or more month break I took to get my personal life back in working order and prepare for my wife’s first upcoming release “tiny daughter: the reality!”The past few months I’ve spent getting the Isaac expansion design fleshed out, regrouping with Tommy on Super Meat Boy and purging out this finger game with James.

James Id: I gave up real world responsibilities to make a game that will inevitably make everyone ask “Where’s Mewgenics?” In addition, I’ve been filming myself naked for the release video, working 24 hours in the editing bay and with bug fixes. I won’t know what to do with myself once this is all released.

What compelled you to create Fingered? It looks pretty out there, and by out there I mean rad.

Id: Edmund had mentioned that he had this game idea, and I kind of jumped at the opportunity. I’ve been playing a lot with creative coding and generative design, so once I heard the idea I knew exactly how to implement it. So I latched onto Edmund like a dog in heat, and pumped this thing out.

As we were making it, I think we started seeing how weirdly satirical it was getting. So I guess the premise of the game just grew on the design.

McMillen: I literally hadn’t worked or thought much about game design for the first time in 13 or more years… I had fucking lived, eaten, and breathed game design for a very large part of my life and it was hard to get away from it or take a much needed break without feeling utterly worthless in the process. but I had some pretty horrible family stuff happen to me that forced me out of it and also forced me to get my priorities straight, so I totally got away for a while.

Fingered was how i got my feet back in the water, it was a small game I made with a friend that was being made purely because we wanted to “have fun making a weird ass video game.” It was a very refreshing way to jump back into game design for me, its nice to get back to why I started making games and kinda enjoy that feeling again.

Also, it’s going to win all the awards and get me mad bitches!

Id: I guarantee there’s going to be some angry women, sure… but it’s not right for Edmund to call them that. I apologize for him and will whip myself for penance.

What’s the reasoning behind the really low price point of $1.87?

McMillen: Its a small game… closer to an app or one of my larger flash games from before Super Meat Boy,so a low price point felt appropriate.

Sell us on Fingered. What’s the single coolest part of the project?

Id: The game makes you question characteristics and stereotypes. Not in a “we’re gonna change the world” way. More like “wait… what does a person who is ____ look like?” I’ve played the game with people where they are almost deconstructing how they judge people just to win a round. I didn’t expect it at all, but I guess that’s what you get when you have a pretty decent idea for a game.

McMillen: The random generation is pretty awesome, and I drew a lot of bullshit and when randomized you literally get a billion very different looking people.. that aspect is quite fun for me. I’d say the best selling point though is just to say we ripped off Guess Who and phoned it in… it’s Papers, Pleasewrapped in a giant bloody American flag covered in hamburger grease with a smaller Confederate Flag stitched to it just slightly out of eye shot.

Tell us a bit about yourself James, and how you came up with the idea of these surreal trailers for your games.

Id: I don’t know how to sum myself up, so let me outline my schedule tonight: I’m going to watch a movie called Max: Mon Amour. I heard it’s a movie about a woman who cheats on her husband with a chimpanzee. I’m going to watch it, half inebriated, occasionally stopping it to listen to Art of Noise, or King Missile… something that reminds me that there’s stuff I still like. I’m bound to shit myself silly due to the stress of releasing this game, so I’m most likely going to get a few hundred pages through Clash of Kings. This process is making me miss my fiancé though. I’m glued to this chair as she watches 90210 or plays Rebirth. I’m hoping the game does relatively well so I can make a movie that no one would want to watch, but I’ll be happy if I can make rent. I also really want to make out with the few legal age fans I have.

The trailers are just things that come to me mostly. Edmund will usually have an idea, but I’ll try to subvert it into something bonkers. I grew up on psychotronic-type television and movies, and music videos. Oh god the music videos! So there’s this itch I have to scratch with every video I do. I’m lucky that Edmund is sweet enough to support it, because I really don’t think anyone would ever ask for what I’d make… strange to say since I quit my day job to make video games and videos!

Oh, my night just started with listening to Sylvester’s “You Make Me Feel Mighty Real”. I wasn’t expecting that…

McMillen: Truth be told, James was a troll on my website’s forums back in 2000. He annoyed me then and still does now…

Id: Edmund, when is Isaac 2 going to come out? When is Super Meat Boy Forever? Is there going to be additional Isaac DLC. Gish? Aether? Time Fuck? What about Mewgenics? Why are you distracting yourself with these shitty games when all we want is Mewgenics. GIVE US FUCKING MEWGENICS OR I’M GOING TO SET MYSELF ON FIRE IN FRONT OF YOUR HOUSE! IT’LL BE YOUR CHILD’S FIRST MEMORY EDMUND, SO RELEASE IT NOW!!!!

Do you feel like you still have time for as many side projects as you’d like after hitting it big over the past few years?

McMillen: I have time for whatever the fuck I feel like working on whenever the fuck I wanna do it, that was the true independent freedom I was working towards for all these years and it feelsgood to make something that embodies that.

I’ll always probably have one or two larger projects going, but honestly who knows what my life will be like when my daughter is born. 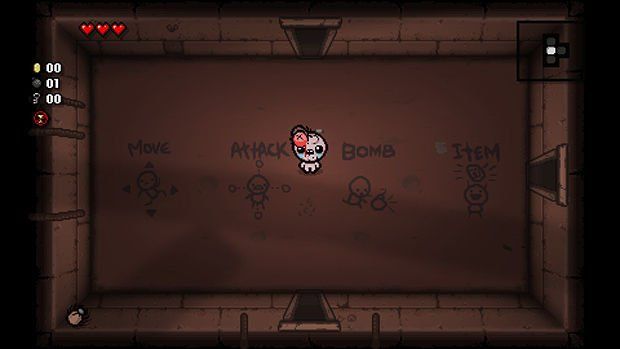 What’s next for the Isaac franchise?

McMillen: Afterbirth will be coming out in the next month or two, we should be announcing the release date in a week or so. Afterbirth is a mega update to the game that should add a good 200+ more hours to most peoples games and adds a great deal of new and interesting ways to play/things to do.

After that I’m honestly not sure, the community has expressed interest in a fully supported level/chapter editor, so there is a chance that once Afterbirth is released Nicalis and I may start working on a mini expansion that adds something along those lines as well as a few more items/playable characters. But I think it’s safe to say that if we add any more substantial content to it, it may as well be in the form of a sequel than DLC.

Speaking of Isaac, how would you compare its success to Super Meat Boy?

McMillen: At this point Isaac is easily my most successful game, beyond the fact that the original sold three million copies and Rebirth crossed the one million mark recently on Steam alone. Rebirth is also my first game I’ve released on all current gen systems including handhelds and I think that’s pretty damn amazing.

That said, Super Meat Boyand Isaacare very different games, I’m sure if Super Meat Boywere a randomly generated game with more luck based aspects that you could play for hundreds of hours it would probably be a lot more successful than Isaac. 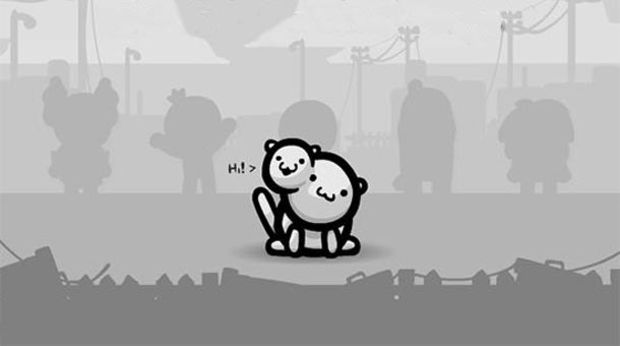 How are Super Meat Boy Forever and Mew-Genics coming along? Any targeted release window in mind?

McMillen: Super Meat Boy Forever is back in development again and is my primary project at this point now that Afterbirth is basically complete on my end and Fingered is [almost] out. Mew is on hold till after Forever is out, the only target release is “when its done.”

Id: Please buy Fingered, I just want to make it through September.