The future of Awesomenauts is looking pretty awesome

Talking to Ronimo about its plans for the PS4 and beyond

It’s common knowledge that it’s tough to be an indie studio — especially if you’re running a competitive online multiplayer title. Despite the fact that your game may have across-the-board rave reviews, maintaining a community, constantly developing new content, and figuring out ways to monetize is incredibly hard. Ronimo Games is going through that with Awesomenauts right now.

To help Ronimo stay independent, they’ve launched a Kickstarter that at the time of this writing is doing quite well, nearly breaking $100,000 in just a few days. But the studio has a lot of work to do starting with the PlayStation 4 version of their game — a version that’s now launching with the console, by the way! 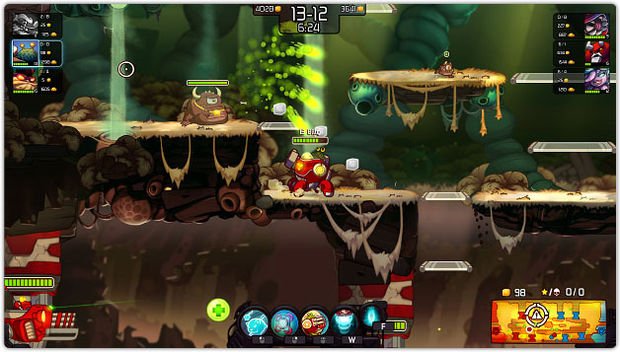 Despite some unfortunate issues with the PS3 and 360 versions of the game, Ronimo has been taking fan feedback very seriously with the development of the PC version. As for Starstorm, Ronimo is already listening to fans even before the Kickstarter is finished.

For instance, some gamers who already owned the core game were pretty vocal about not being rewarded enough in the original Kickstarter — so Ronimo added additional rewards to the lower levels, including the Starstorm DLC as a base, then the choice between Awesomenauts proper, and either the first or second costume packs.

I spoke to Ronimo’s Jasper Koning about the Kickstarter, who said that the campaign itself was a “great way to stay independent without having to resort to an investor.” Koning also had great things to say about the crowdfunding platform, stating that, “more than 20% of pledges are found internally from Kickstarter itself, so they’ve been a big help.”

He also mentioned that the platform allows them to engage fans on a bigger plane, which is also a big concern. If all goes well — and it looks like it will — I asked if there could be a follow-up Kickstarter somewhere down the line, which Koning said could very well happen if the fan reaction is positive. 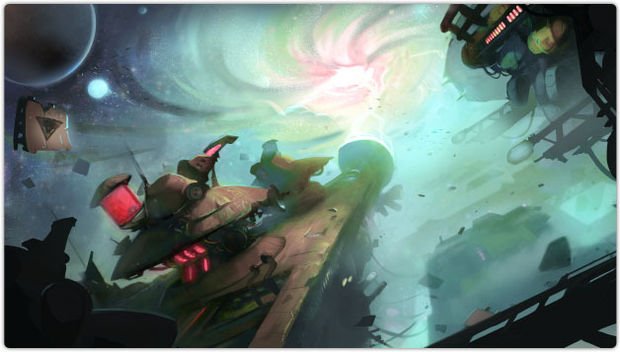 Koning says that as soon as the Kickstarter is met, development will start, and right now, it will go something like this: one new character from the planned trio of Starstorm will launch by itself — as early as a month after the goal — then another character, then the new stage, then the final character, and anything else that follows.

Ronimo hasn’t figured out how they’re going to charge for the new content for non-backers, but they are sure right now that backers will get all of the planned content, and others will have to pay for it. They’re tinkering with the concept of letting people test drive the content, but you will still be able to play with everyone else so it doesn’t segment the userbase at all. Since the content is wave-based, over time it will grow into the Starstorm expansion.

Other tweaks are being made before Starstorm to help make the game better sooner than later, and are on course to hit before the Kickstarter is finished. For one, the much-publicized removal of the rematch button is coming, to encourage full games from start to finish.

There’s also going to be an extra cooldown on the exit game option, which is currently instantaneous. Koning says this allows players to “cool off” before they decide to instantly rage quit, and encourage people to constantly stay in the action rather than quit during a respawn or directly after a death.

When I asked about adding new game modes, or perhaps a 2v2 element, Koning responded that the core game “will always be 3v3 at this time.” He added that by adding new modes, it would segment matchmaking. Specifically, tons of modes lower the chances of finding a suitable opponent.

When he broke it down, he postulated that one-third of the total pool of players is already reduced due to your area , then another third due to low ping or a weaker connection, then further reduced due to skill level. So to keep the pool high, one official 3v3 mode is key, but if a certain Kickstarter goal is met, you will be able to create your own lavishly unique custom games. 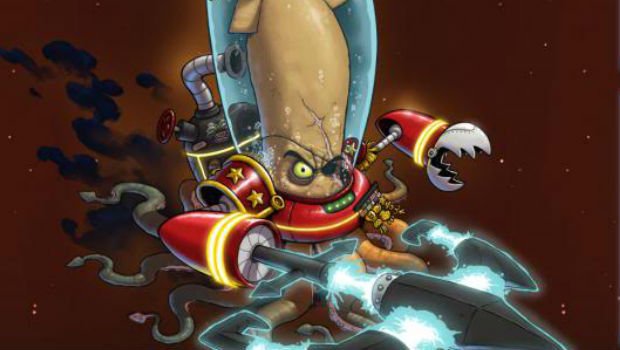 Yet another major pre-Starstorm update is the character Admiral Swiggins (pictured above) who was created from two community contests, due to arrive next week in the Steam version of the game for free. Swiggins can pull himself towards enemies (basically the opposite of Leon’s tongue), and root enemies to the ground with his anchor. Expect some thoughts on him in the future.

But what about that wee little announcement that happened recently? You know, that one about the other platform? That one next-gen platform that loves indies? Oh yeah, the PS4 version! Well Ronimo is already planning for that in conjunction with Abstraction Games, and surprise — it’s going to launch with the system.

Koning told me that they’re already hard at work getting everything ready, and that depending on how well they do with the Kickstarter, the PS4 version may even launch with the first Starstorm character — and if not, there won’t be nearly as much of a delay as the 360 and PS3 versions had. Since Sony removed the costs for patching, this version will be much easier to deal with than the current generation. Koning stated that while there would be a, “testing period that will be longer than Steam’s basically instant process,” the team would get them out as soon as possible.

As for the details on the game itself, he told me that it would mostly be a port, but the framerate will be high, and visually it will be similar to the highest PC graphical setting. One cool feature in particular that he mentioned for the PS4 version was the streaming video and share mechanic, which will keep track of the coolest moments of a match, automatically for every round. From that you can compile a highlight reel out of PS4 capture video, and it keeps the best parts for you. “Who wants to go through all the boring parts to find the good ones?” asked Koning. 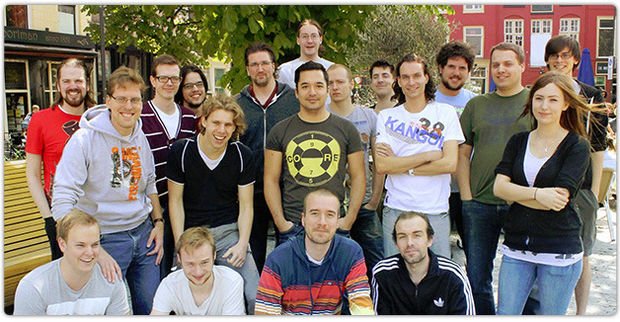 Although the PC version of Awesomenauts will be getting twin-stick controls (which allow for movement and aiming separately), this change was actually spurred by the PS4 version. I prodded about the possibility of the game on the Xbox One due to the recent announcement of Microsoft’s indie program, but I didn’t get much of an answer at this time.

“Xbox One could be a possibility. We’ll see how open they really are,” Koning said. He followed that up by stating, “We’re focused on the PS4 version first, because of how open they were from the get-go.”

Stay tuned for everything Awesomenauts-related at Destructoid in the coming months, including previews of upcoming betas, new content, news, and everything in-between!