I won’t say ‘Among Us’ in my headline, but in the sub? Sure, you got me

How does March 22 sound for Fall Guys Season 4? Ready or not, here it comes – a futuristic new season starts in one week, so if you have any ground left to cover in Season 3, you’d best get going.

The more trailers I watch for the game, the more this grim realization settles in: if someone – say a tricky Cenobite-type character – were to lock me in a room with the Fall Guys theme song blaring for a day, I would not need the full 24 hours to animorph into a bean man. It would be a quick and painful fate. Thankfully, this time, the iconic main-menu tune quickly fades into a far chiller track from Gunship.

I know this is a cinematic trailer, and we’ve only gotten a good look at one of the seven new Season 4 levels so far, but I’m pleasantly surprised. Even though “The Future” is such a widely-used theme in pop culture, it fits pretty well with the game-show concept of Fall Guys, and I’m sensing more creativity and ambition as Mediatonic scales up. I hope they go a little Running Man on us, even if it’s just a simple nod.

Some of the levels being teased: Power Trip, Roll On, Big Shots, and the aforementioned Skyline Stumble. If you loathe team games on principle, well, it looks like there’s at least one more on the way. 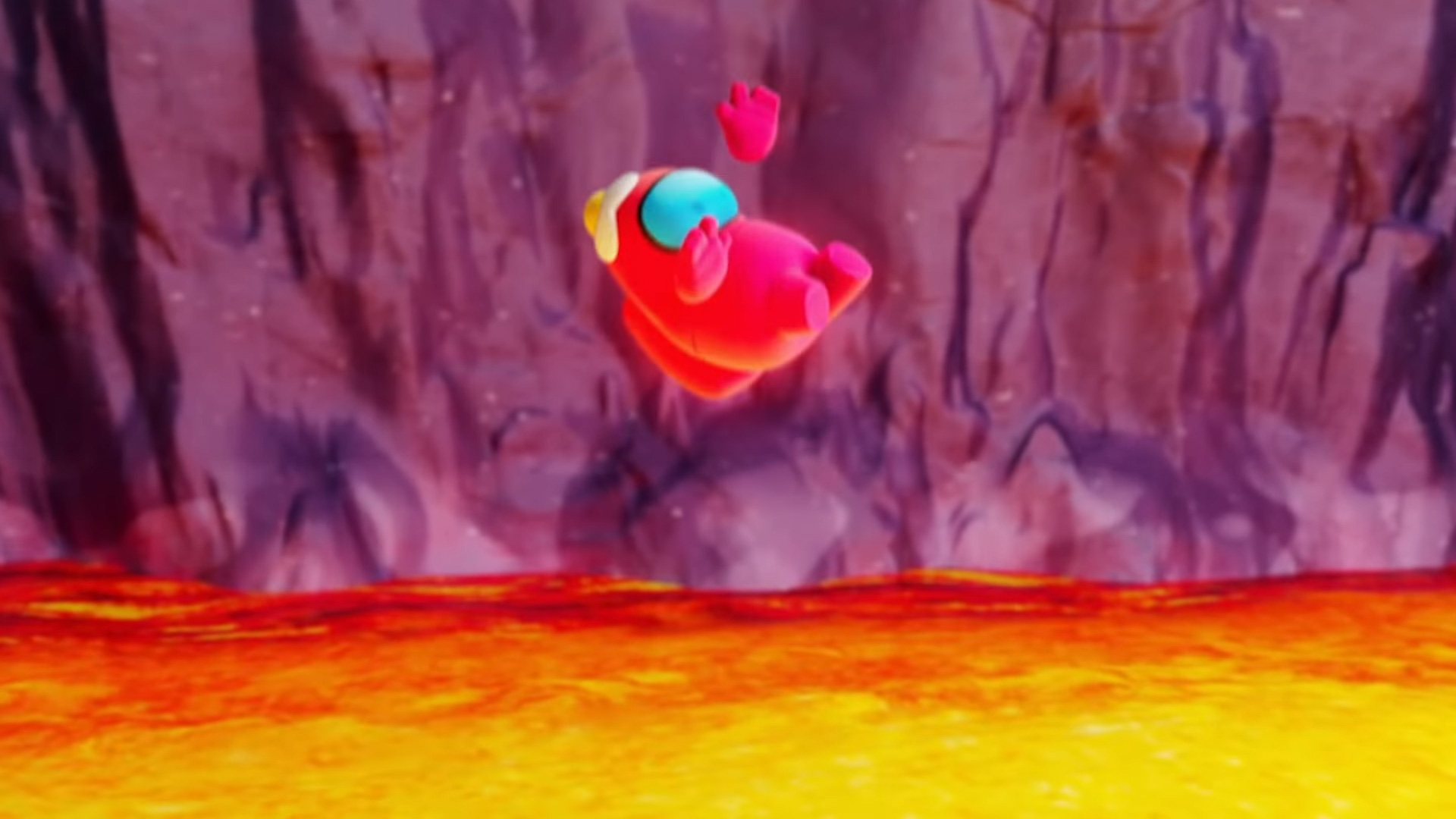 Apart from the Among Us crossover costume shown at the end of the video, which is pure headline bait, Fall Guys also has a cat costume lined up for Season 4 that I must add to my pile of never-worn outfits.

I wouldn’t say Fall Guys necessarily has that gotta-be-there-day-one factor for season debuts to the same extent as other mega-popular multiplayer games, but it is clawing its way to that status. By the time the Nintendo Switch and Xbox versions are out this summer, I might have a whole new outlook.