Plus, a mega-expensive bust

Atreus’ journal comes to life later this year. As Kratos battled through Norway in God of War, his son diligently kept track of their travels. You’ll be able to get your hands on it in the fall.

God of Waris celebrating its second anniversary today, and Sony Santa Monica figures it’s a good opportunity to remind everyone that God of War: Lore and Legendsis still on its way. Published by Dark Horse, this hardcover tome is a tangible recreation of the diary Atreus kept during God of War. The 120-page book is also said to have an expanded bestiary, character dossiers, and new lore details. It’s currently scheduled to release on September 9 at a price of $35.

For anyone who likes their merch less discreet and way more expensive, Sony Santa Monica also revealed a 25-inch Kratos bustmade by Gaming Heads. It’s ultra-detailed, super realistic, and hella expensive. This grizzled Kratos runs $800, and is limited to 500 units. Take a good look because we all know you’re not plunking down that kind of cash: 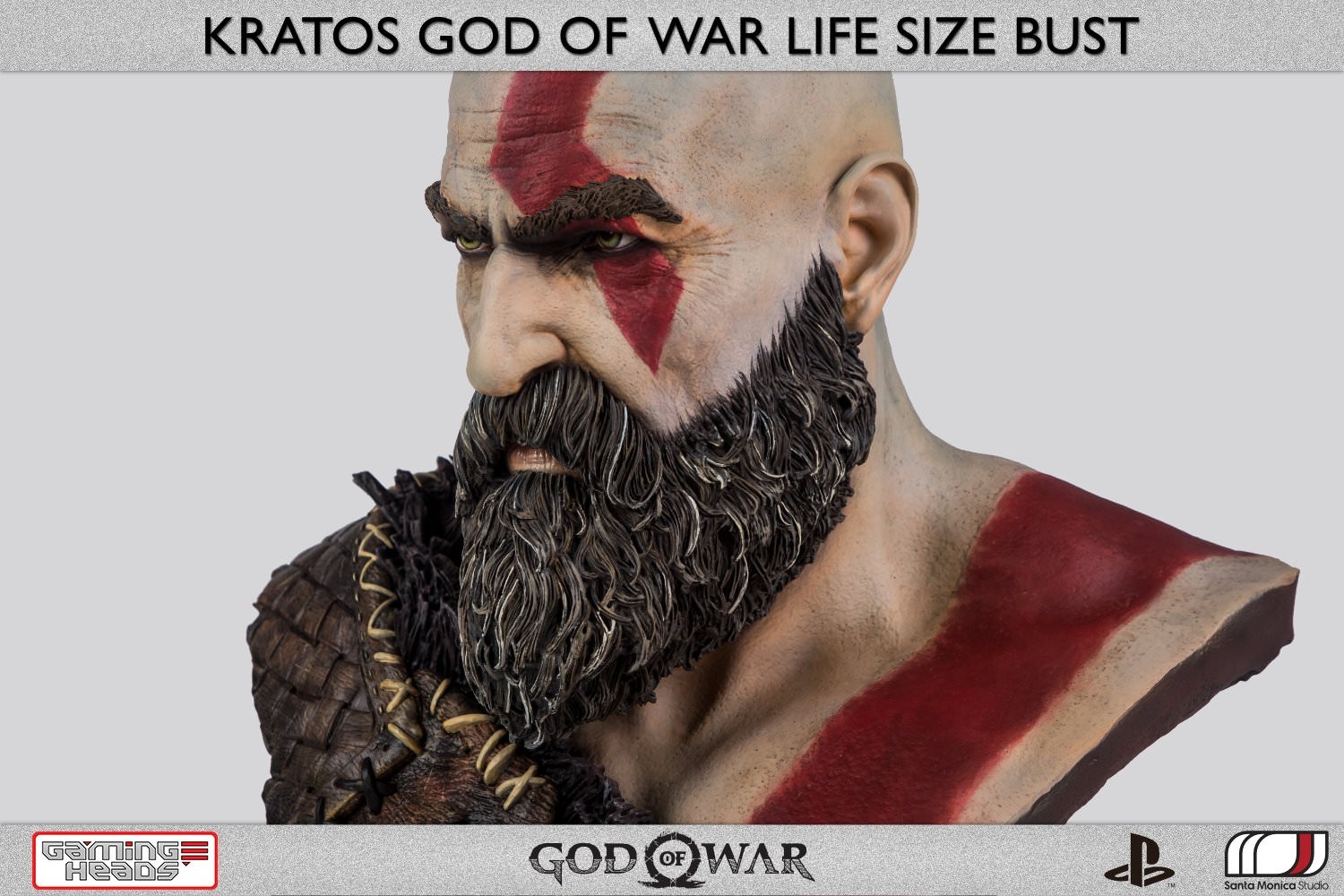