A big year, but not necessarily a big show

Tokyo Game Show 2013 was a great event, though it didn’t bring the double new console fanfare we expected it would. Both the Xbox One and PS4 were present, and they both were definitely top attractions at the show, but it seemed like so many of the next-gen games were missing, shown only in video form.

Ah, what can you do? It’s been awhile, but I do remember that launch years are like this. When you boil down the marketing and noise you find that there just aren’t that many games to be excited about. Next year should be killer, though.

That all said, there was plenty going on at Tokyo Game Show 2013. Here’s what we liked and…well, didn’t like.

Sony’s Booth — If you were to pull Sony’s booth out of TGS 2013, this would have been a miserable show for the games press. It’s not that Microsoft’s booth was bad. It’s just that we’ve seen all of their games before. Sony brought the excitement this year with their varied offerings, from indie titles to the newest stuff for PS4. Take a bow, Sony.

Sony’s booth was massive and crowded. A few years back they established a ticket system to deal with crowds — you tell an attendant what game you’d like to play and you get a time ticket and a line to stand in. That worked well to manage all the people busting down the door to see all that Sony had to offer. 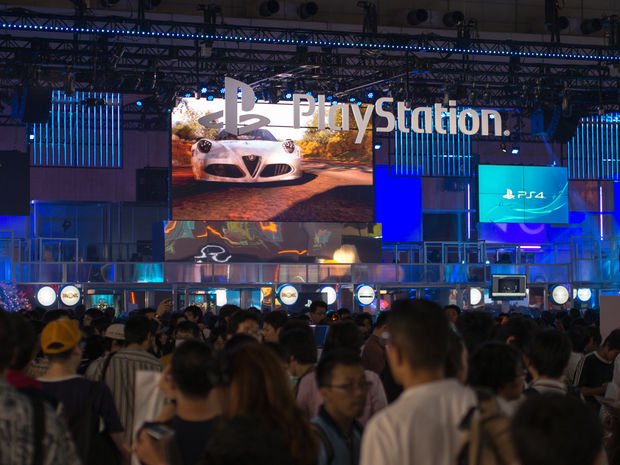 Visitors were starry eyed over all of the new Vita models on display behind glass, and soon found that all of the hands-on demos of games were playable on one of the new models. Curious gamers poked and prodded at the Vita TV to see if it was something they’d want in their living rooms. PS4 titles were fully playable at TGS 2013, with games like Deep Down drawing huge lines.

PS Vita TV— This surprise announcement came from nowhere to be one of the top news items of Tokyo Game Show 2013. Sony’s little Vita for TV device will cost less than $100 and will let you play PS One, PSP and (some) PS Vita games on your television, as well as stream and play PS4 titles. Sony came out strong with this one: they had all of the PS Vita TV’s features on full display on the TGS show floor this weekend.

I argued with attending westerners that didn’t get it at TGS. Somehow a second-room PS4 stream box doesn’t speak to them. For me, seeing Vita games on the big screen was all it took. It looks so good. The PS One and PSP compatibility are just nice bonuses. I really hope this little box comes to the west. 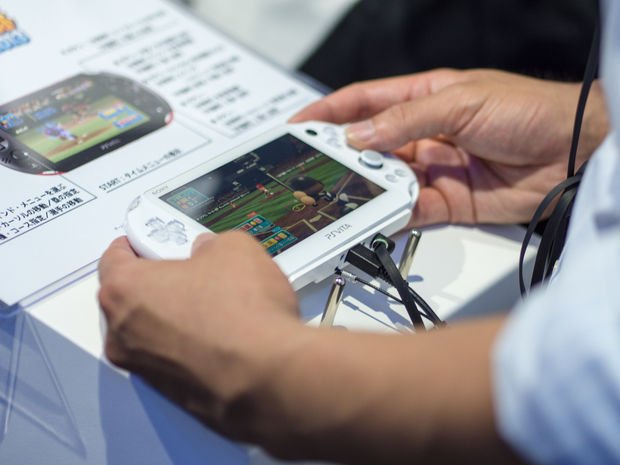 New PS Vita — The new Vita is slick. Yes, the screen’s not OLED, but don’t get too hung up on that. I’d take this new casing, new colors, decreased thickness and weight, and improved buttons over an OLED screen. Plus, if you factor in viewing angles and burn-in potential, this LCD probably wins. I want one.

Indie Games Area — Tokyo Game Show added an indie area for the first time this year. It was surprisingly small on the business days, but opened up quite a bit for the public days. Let’s hope they put more resources behind this effort starting next year. 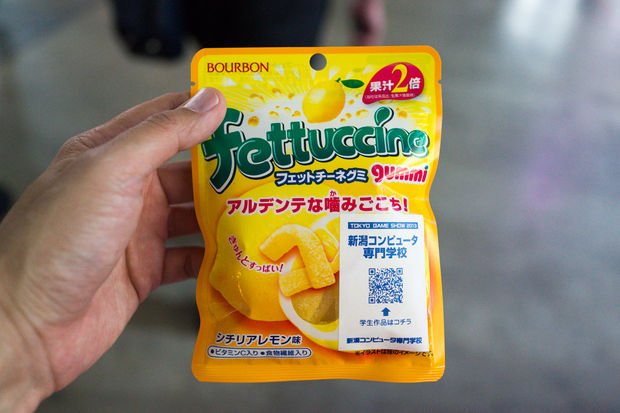 Fettuccine Gummi — I don’t know which company was handing these packets of yum out, but I’m forever grateful.

Gravity Rush 2 — It was just a tease on one of Sony’s massive screens, but people are still talking about it days later. We don’t know much about the project yet, but we at least know that they’re working on it.

Theatrhythm: Curtain Call — It’s a sequel, despite looking like an expansion. Who cares, though. It’s more music from more Final Fantasy games, and with more characters to play with. What else could you want? 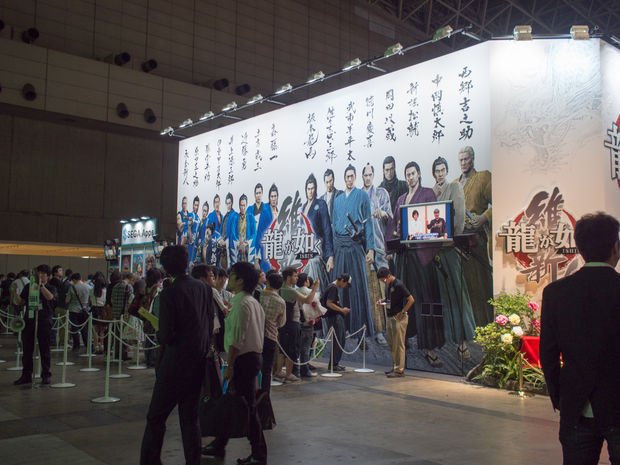 Metal Gear Solid V — I was disappointed by the video-only showing, but the excitement for the game was apparent regardless. Hideo Kojima made an appearance to show off what he has so far in a couple of stage presentations. 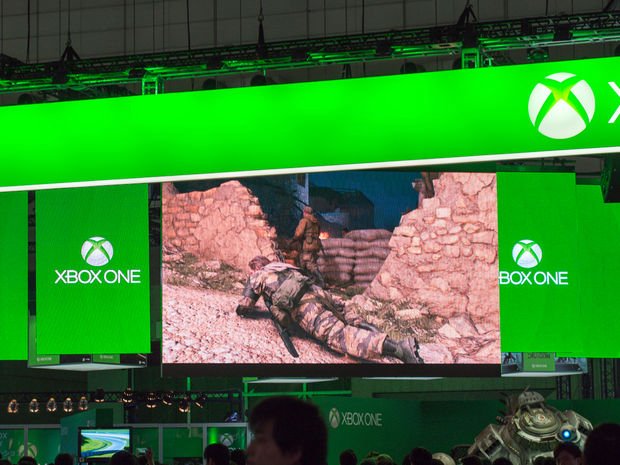 Monster Hunter Frontier G Vita — The Vita needed this. Sony was happy to let anyone and everyone know that MonHun has come to their portable.

JoJo’s Bizarre Adventure: All Star Battle — This is an existing game, but now it’s coming west. Thank you, Namco Bandai.

Puyopuyo Tetris — It’s exactly as it sounds — Puyopuyo and Tetris mixed together. It’s so good, especially with competitive play.

Deep Down — People are down in the mouth about Deep Down now that they know it’ll be a free-to-play title, but that didn’t stop the Japanese public and press from lining up for hours for Capcom’s first real showing. It didn’t hurt that the game is ridiculously beautiful. Say what you will, but people are curious about this game. 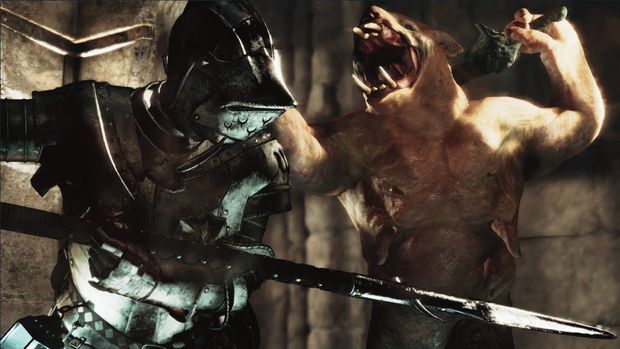 D4 — Swery65’s game didn’t register on my radar, but after talking with him and seeing it in person, I’m sold. This is the first Xbox One offering that has me thinking I’ll use the Kinect for anything beyond dashboard control. Oh, and it’s as crazy as you hoped it would be.

Constant C — It’s not a high-profile, AAA game, but word of how neat Constant C was managed to spread quickly regardless. This XBLA title has you playing as a small robot that has to platform like crazy to make it to the exit. The literal twist is that the rooms spin at your command to help you navigate around obstacles and solve puzzles.

Lightning Returns: Final Fantasy XIII — It’s not new, but its showing at TGS won me over. Big, open worlds and good combat speak louder than Lightning’s already kooky story and outfits. Now, we’ll have to see how open worlds work in a game with a time limit. 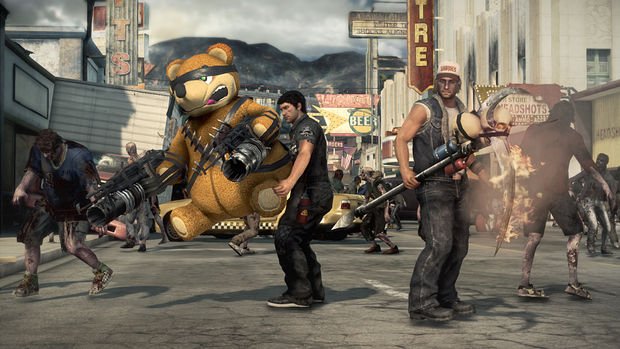 Dead Rising 3 — Talk about a turnaround! It may just be that Capcom felt the heavy air around the E3 showing of their new Xbox One game and spun it a different way, but it worked on me.

So many video-only showings — Top titles like MGS V, The Evil Within, Drag-On Dragoon 3,and Yakuza Ishin were video-only affairs. The list of ‘misses’ is huge.

Some didn’t even get video — Where was Devil’s Third? And don’t even get me started on The Last Guardian.

Where are all the new and next-gen RPGs? — TGS 2013 was the worst in recent years for RPG fans as far as announcements go. We got Blade Fantasia. For iOS. Hmmph.

I’ll give nods to Falcom’s Sen no Kiseki and Tales of Symphonia Chronicles for strong showings at TGS, but they’re not announcements, and they’re not next-gen. Square Enix had Bravely Default For the Sequel to pimp alongside tentpoles Lighting Returns: Final Fantasy and Final Fantasy XIV: A Realm Reborn, but had next to nothing on Final Fantasy XV or Kingdom Hearts III.

And where the fuck is Persona 5? 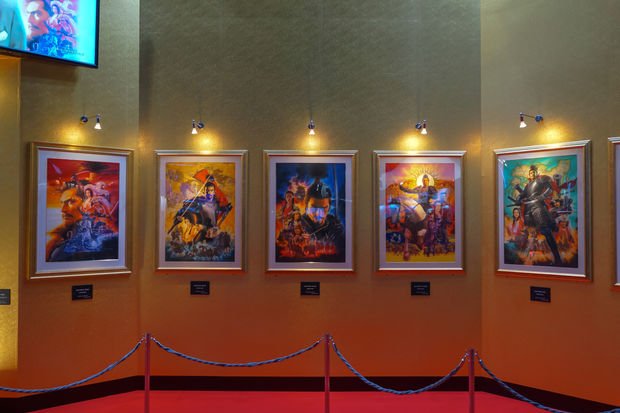 Tecmo Koei’s booth — It was seriously just a bunch of posters. No playable games at all.