From Steam key to console copies

Sitting pretty at the #1 top-selling slot this week is Dontnod Entertainment’s Vampyr, the action RPG with a dash of open-world romp sprinkled with a moderate level of vampire goodness (review here). While the game unlocks tonight on PC, the official release date is June 5 in North America, so console gamers can still reap some pre-order bonuses if they act fast.

For PC gamers, although the Steam 10% off discount is no longer available, fear not as third-party retailers have discounts aplenty. As of writing, you can use a 25% off site-wide coupon code at GMG to knock Vampyr‘s Steam key down to only $37.49. That’s a pretty big release week discount all things considered. Alternatively, Fanatical and DLGamer both also have the game for around 16% off. They may be worth checking out if regional pricing at GMG isn’t favorable for whatever region you reside at.

Console gamers are a bit limited on deals for Vampyr, but if you pre-order before tomorrow’s official release date, you can scoop up the $10 rewards certificate at Best Buy. This applies to both the PS4 or Xbox One version of the game and is an especially good deal if you have Best Buy’s Gamers Club Unlock membership, as the 20% discount stacks on top of the reward certificate offering. 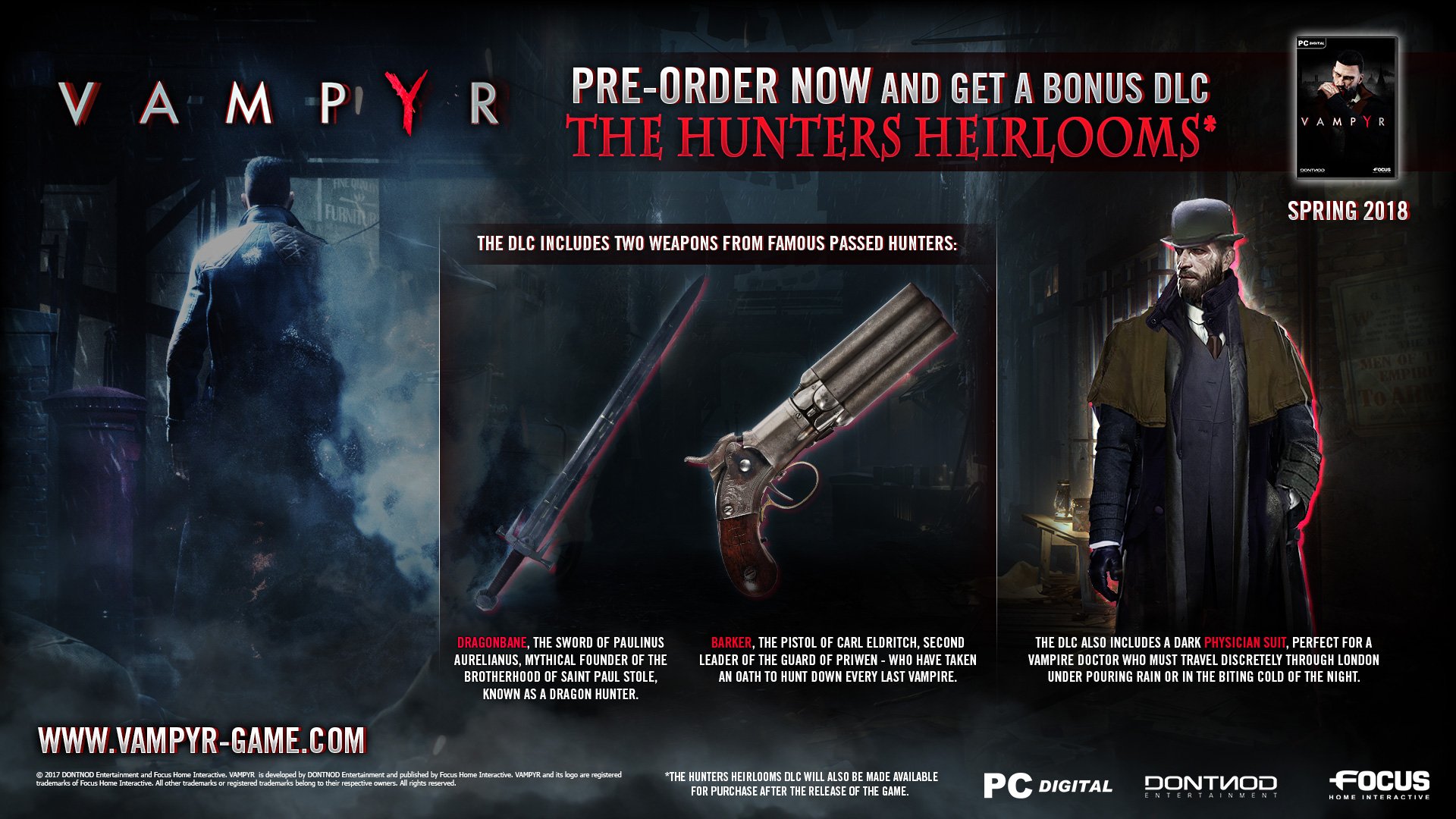 The included pre-order bonus for Vampyr, which is offered at all retailers, isn’t anything to write home about — it’s simply a bonus for early adopters. Here are the three in-game items included in the Hunters Heirlooms DLC pack:

If you missed out on pre-order phase, this DLC pack will be made available for purchase after the release of the game, but we’re pretty sure none of the items will change your gaming experience significantly, so you probably don’t need to make a buying decision based on this particularly pre-order bonus (and that’s a good thing, in our opinion).