Gambling with my army

There came a point in Warpips where I was going into battles that I knew I was underprepared for. This game is, at its most core level, about managing limited funds and capacity to field an army that can defeat your opponent’s. And in its campaign mode, Warpips really lets you ride the line between success and failure.

If you haven’t played a tug-of-war game before, it’s not too dissimilar from the “autobattler” craze that took hold for a little while in 2019. Unlike games like Teamfight Tactics, you’re working on a single “lane,” and using your incremental influxes of cash to purchase units that will automatically run down the lane and fight the enemy.

This game type was somewhat popular in places like Flash game development and in Warcraft custom games, and Warpips does feel something like a spiritual successor to those ideas. You can buy little soldiers and send them jogging down towards the enemy, and use a few static defenses like turrets, sandbags, and mines to hold off enemy advances and establish forward positions.

What Warpips does a little different is in the strategy layer, through its campaign. The campaign mode asks you to slowly conquer an island, seizing adjacent territories and advancing your frontline to the enemy’s home base. Every victory gets you some chips to spend, but more crucially, you can win new units. 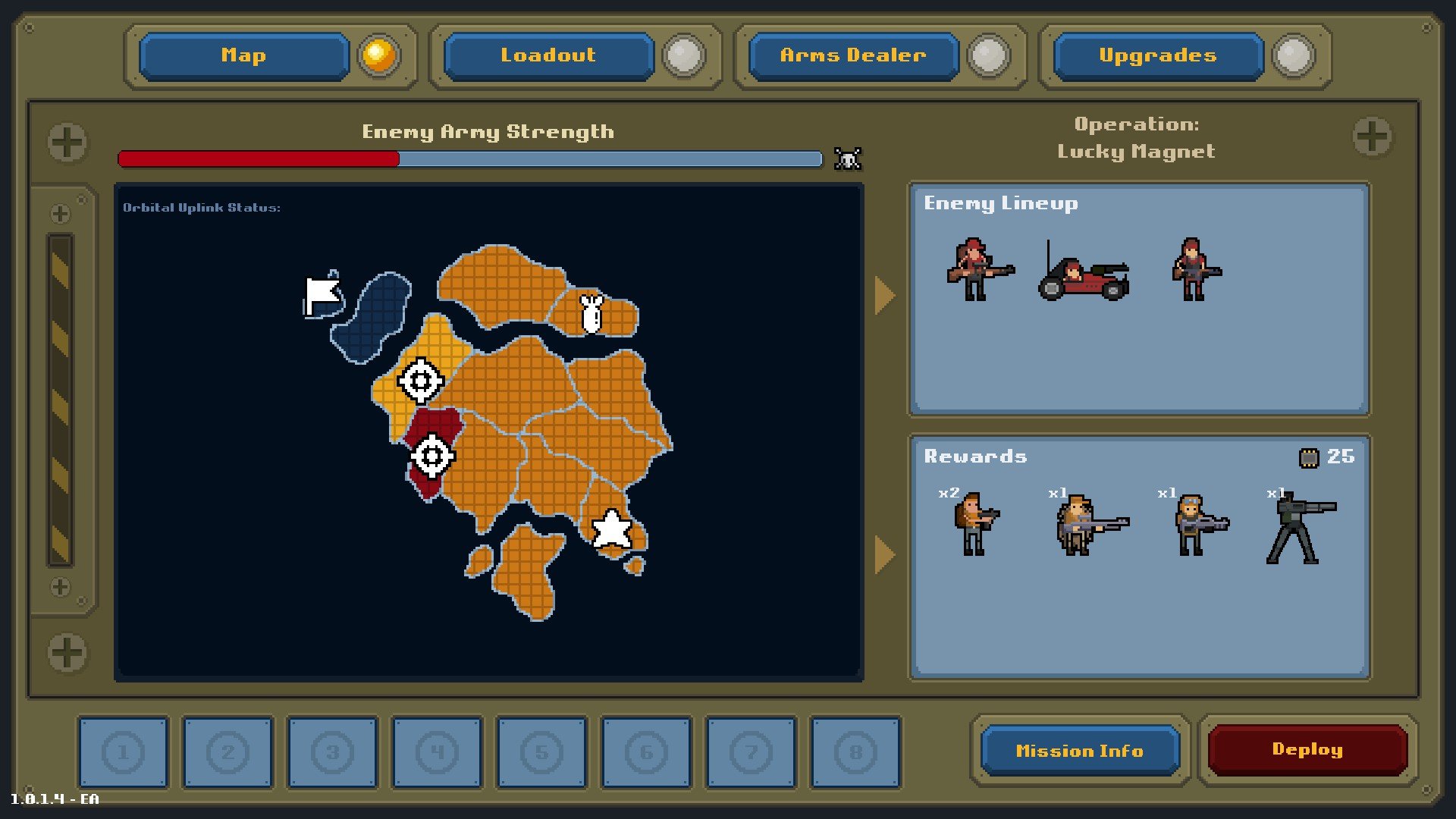 Any units you deploy in a battle, win or lose, are “spent” on that battle. So if you want to deploy a heavy machine gunner, or possibly retain some air strike capability to thwart a potentially powerful wave of enemies, you’ll have to dip into your stock of those resources. And once those are depleted, they’re gone until you either win some more or spend some chips to buy units from the shop.

I really dug this, because it makes your army less of a static lineup and more like a collection of poker chips to bet at the table. I started out trying to min-max the system, finding the exact number of units I could use to barely eke out a win. This resulted in some pretty crushing losses, as the enemy would simply steamroll my army of weak units, no matter how many I could field.

Eventually, I had to come to terms with using my big guns when needed. This might sound fairly straightforward, but it was tough! I’m someone who will finish an RPG with 99 Mega-Potions in their pack. I prefer spending as little as possible, and maximizing my profit. 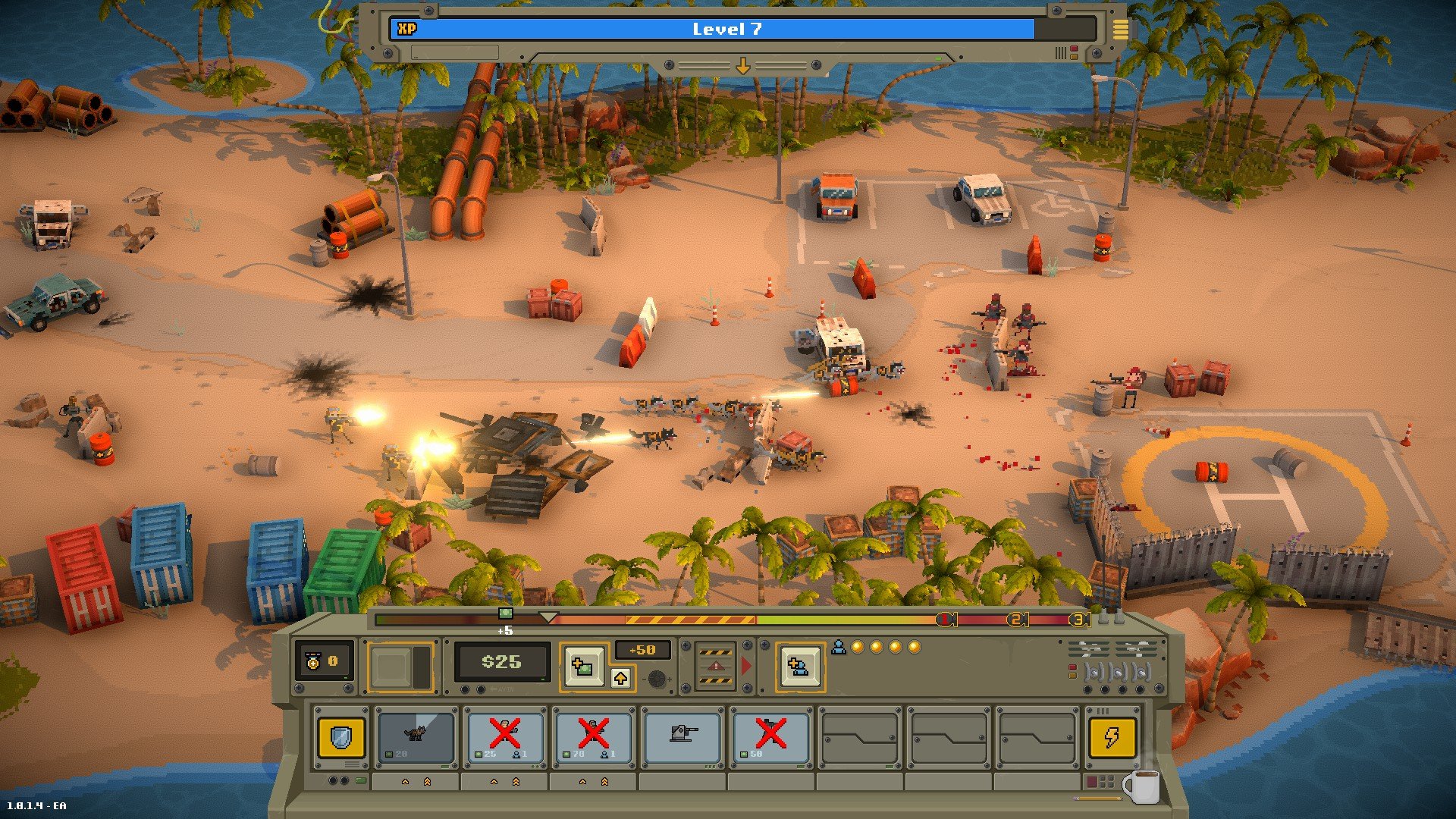 So when it came to conquering the Warpips island, I had to make some tough choices. Did I have the right units to deal with theirs? Could my mercenaries deal with vehicle assaults, or do I need to send in some regular soldiers instead?

During the battles, you have to play a balancing act as well—destroying enemies in battle levels up your forces, allowing you to invest in their rank, increase the max amount of units you can field during the fight, or get a quick hit of cash. Maybe the units you brought in need some extra rank to really shine, or it might be better to get more units out first. 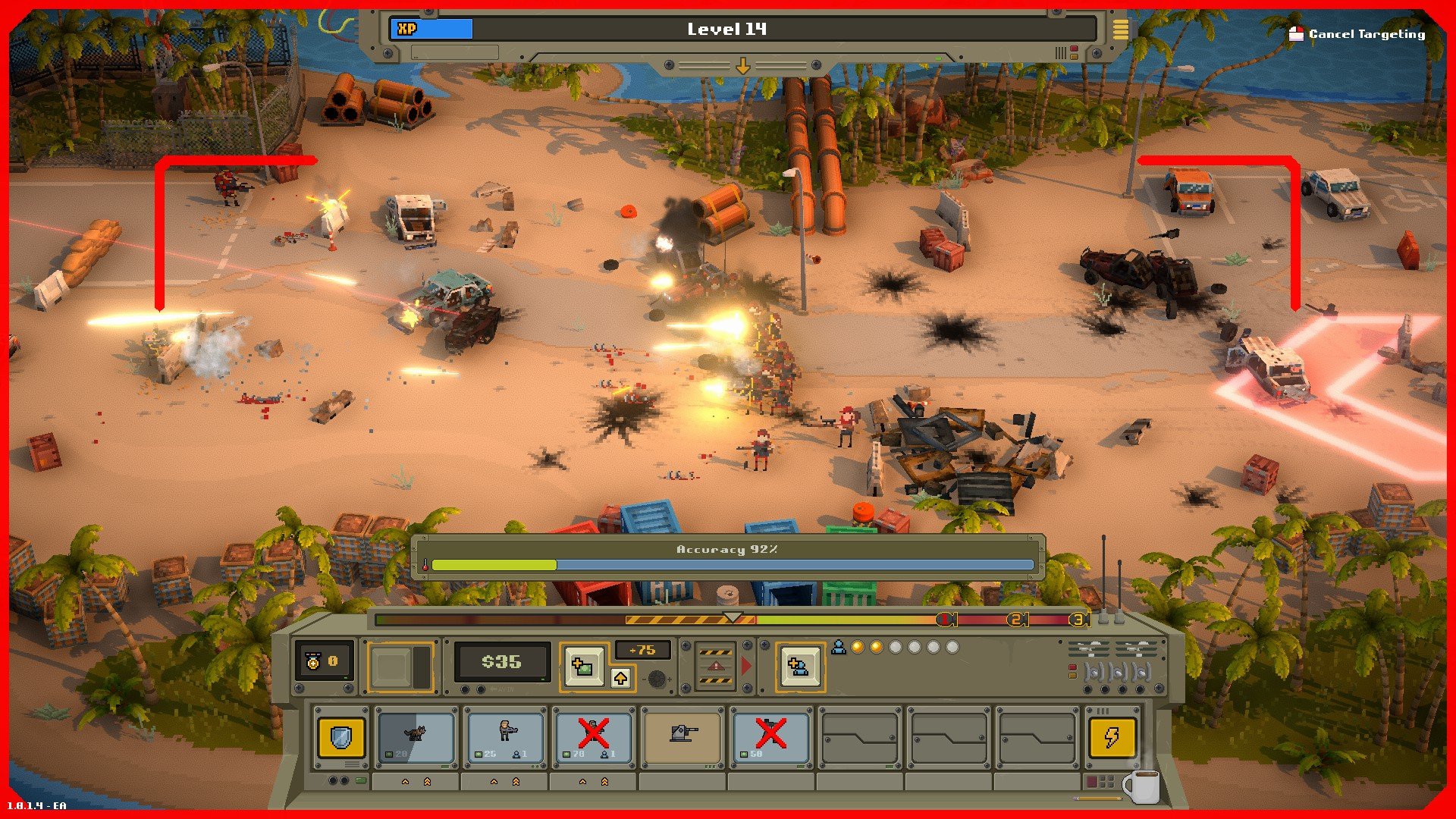 Warpips is still in Steam Early Access, so it’s still building up a fair bit and balancing the combat. I’ve only made it to the second island as well, where Warpips starts introducing vehicles as another piece of its rock-paper-scissors system of strengths and weaknesses. Most likely that means I’ll be gambling a lot of infantry trying to take down a tank, just so I can field that same tank the next time around. But it’s a pretty enjoyable gamble to make.