Like roughly 90% of the rest of the world, I spentthe days leading up to Halloween watching the second season of Stranger Things, which takes place in 1984. Nintendo didn’t hit North America until 1985, so kids like the Stranger Things crew spent a good chunk of time in arcades playing games like Dig Dug and Dragon’s Lair. Back in those days, multiplayer meant crowding around an arcade cabinet watching someone rack up a high score or button-mashing against a friend one-on-one.

Almost forty years later, Finnish studio Housemarque is giving up on the arcade genre. This week, they announced they will no longer be releasing arcade-style games like Resogun or their magnus opus,Nex Machina, declaring that arcade is dead and they’re moving on to more modern, more relevant gaming styles.

The news shouldn’t have come as a surprise, but I still felt a pang of sadness when I saw the press release. Twin-stick shooters, including Housemarque’s, are often my go-to games when I don’t feel like focusing on a narrative campaign. They’re huge stress relievers and simply fun, some of the best games for sitting on the couch passing the controller off to friends. Sadly, cultivating that arcade-throwback experience for gamers isn’t the most lucrative choice for developers. As Housemarque’s Head of Publishing Mikael Haveri told Engadget, in a flooded market, people value arcade-style games less than other genres.

Coincidentally, this week I also began listening to a podcast called The Polybius Conspiracyabout an arcade game that probably only exists in the minds of conspiracy theorists. The mysteriousPolybiussupposedly started appearing in arcades around Portland, OR in the early ’80s. It has since become an urban legend of the internet, evoking the same brand of nostalgia as Stranger Things. The podcast tells a story of kids who claimed they played it while also delving into the seedier side of arcade halls during that time.

Those three things have got me thinking about arcades and arcade-style gaming. My own experiences with the classic arcades of yesteryear are nonexistent. I grew up with my consoles and PC, only playing arcade games every now and then at a pizza place or similar dive. By the early 2000s, when I was in high school, arcades were well on their way out. At the time, my hometown had a mall arcade called Funscape which doubled as a popular place for kids to have their birthday parties — the staff were called Party Hosts and spent a lot of time breaking up food fights and blowing up balloons.

Dance Dance Revolution was huge in those days, and Funscape had aDDR machine situated next to a wall-length window. Kids and teens, including some of my high school friends, would gather there and watch each other play in competitions doubling as performances. A steady stream of loud rhythmic stomps accompanied by techno could be heard no matter where you were in the arcade, whether you were playing Gauntlet or Street Fighter or air hockey. I couldn’t get “Butterfly” by Smile.dk out of my head for years. I don’t remember exactly when, but Funscape eventually realized that cultivating birthday parties and DDR tournaments wasn’t the most lucrative choice for them either, and they shut down. I’ve since been in a couple of Dave & Buster’s and the few barcades that have cropped up in my city, but that’s it. 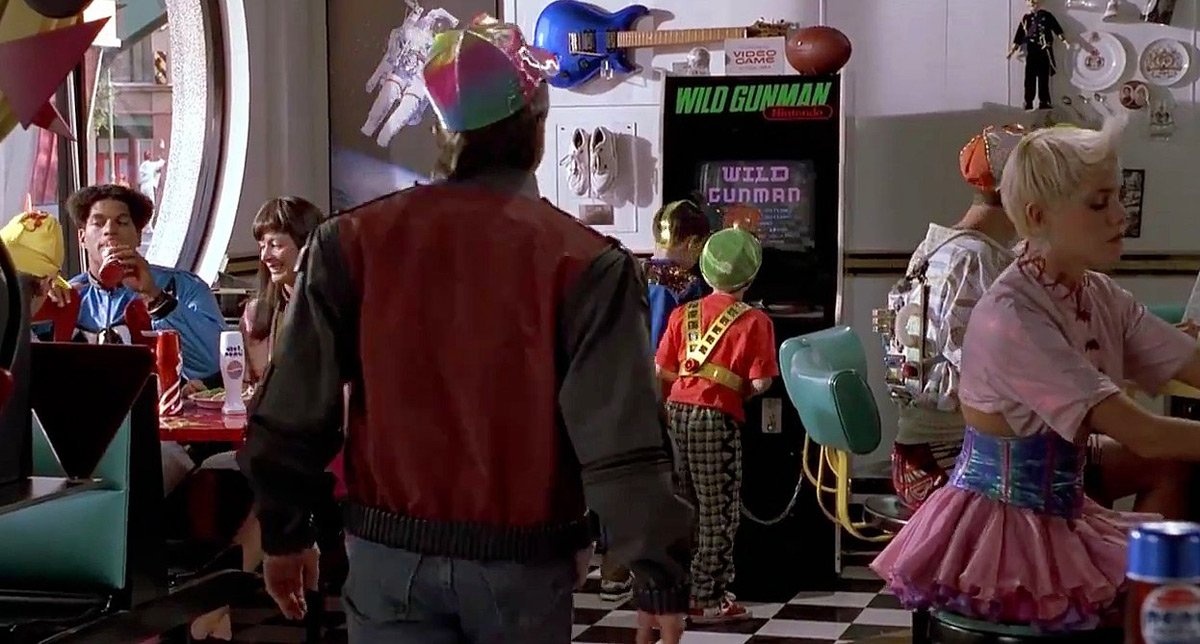 I’ve played plenty of arcade games but rarely while inside an actual arcade. I never had the shadowy arcade hall experience. I only got a taste of the mallrat arcade experience. The past couple of weeks, I’ve fallen prey to a false nostalgia for a time through which I never lived, an era I never got to embrace. So, naturally, I want to hear your experiences if you have them.

Got any good arcade memories? What’s your favorite arcade game? Still remember your highest score? Were you part of a government mind control conspiracy in the ’80s? Please share here for everyone to see!