Plus gameplay commentary covering the contents of the closed beta

It was the beginning of 2013 when I finally just got tired of the competitive aspect of first-person shooters. It’s been my favorite genre ever since the GoldenEye 64 days, but over the last few years I’ve just been losing more and more interest in them. That’s not to say there haven’t been some great competitive FPS games of course. PlanetSide 2, Tribes: Ascend, Call of Duty: Black Ops II, and Halo 4 were some of the last ones I really got into, and while they were great, they just weren’t able to hold my interest for long.

And outside of playing them for the purpose of coverage on Destructoid at preview events, I didn’t even touch Call of Duty: Ghosts or Battlefield 4’s multiplayer after they launched. Playing the preview builds was enough for me, a “been there, done that” sort of feeling.

Titanfall, though — it’s the game-changer for me. I’ve played it in shorts bursts at E3 and PAX, but last week I got to go hands-on for several hours, and feel confident in saying it makes me feel as if I’m rediscovering the genre like I did in the Nintendo 64 days.

At first, your instincts will kick in when you start a round of Titanfall and play it like it’s any first-person shooter that’s been released in the last few years. It can’t be helped. FPS games have always followed what was successful before them. It started with the Doom formula, then Quake, GoldenEye 64, Halo, and Call of Duty 4. They were some of the biggest trendsetters, and now we have Titanfall changing up the status quo.

Time will tell if Respawn ultimately strikes gold again in the genre, but personally I believe they will. Titanfall has captured this nice middle ground where it’s just fast-paced enough to please Quake and Tribes fans, but not to the point where it will turn off what the ultimate target audience here is: Those millions of players buying Call of Duty and Battlefield year after year. 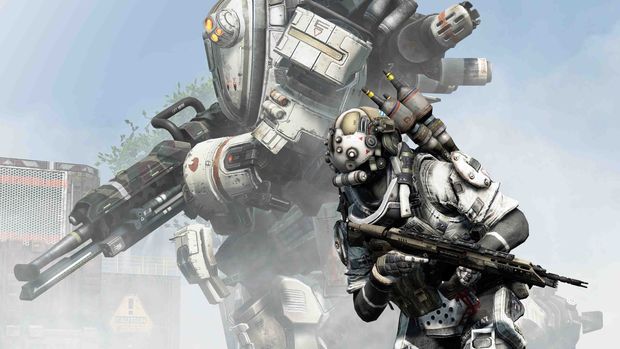 That said, I had a very hard time going back to other shooters after Titanfall as they felt just too slow, and so limiting. Speed is one thing, but it’s not until you experience something like running alongside a wall for a few seconds, jumping to an adjacent wall, using your jetpack for a short boost up, automatically grabbing the edge of the roof to hoist yourself up, then running off the roof in order to jump down onto an opposing Titan below so you can effectively unload your gun into its circuitry that just feels so, well, freeing.

Then of course there’s the Titans themselves. Piloting them just feels like an extension of you, like a second skin to the player. It’s actually a shocking feeling at first, especially if you’ve played mech simulators in the past like say Gundam 0079, Steel Battalion (the good one), and the like where it feels like you’re controlling a big hulking slow piece of machinery. The action gets even more fast-paced in a Titan, yet still balanced so you’re not just an unstoppable behemoth.

Titanfall does a good job of making you feel like a badass, even if you’re not the best FPS player around. Wallrunning, using the Titans — it’s all intuitive and designed to reward the player, as opposed to punishing you for making a mistake. Check out some of my wall running from the video commentary to get a good sense of it.

More importantly, it all feels balanced. Titans don’t come across as extremely overpowered, and you don’t feel totally helpless as a pilot since there’s enough avenues of escape from how open the environments are when there are Titans around.

And whatever your feelings are towards the six-versus-six nature of the multiplayer, it still feels like there’s a lot going on during matches. There’s always some fighting taking place, even if it’s against the AI enemy players. You will know when you’re up against the AI, and while they aren’t the brightest, they can take you out if you’re being careless. It can even get claustrophobic when there are multiple Titans duking it out. 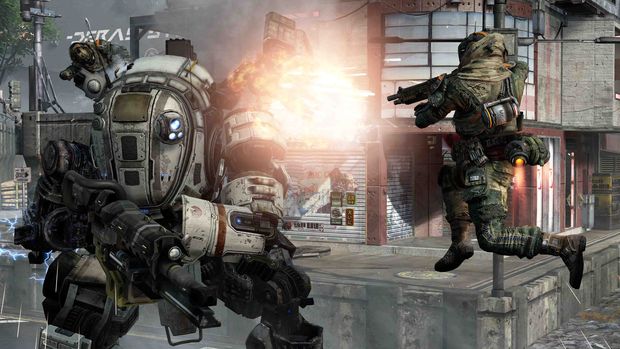 So yeah, I think the multiplayer is great if you couldn’t tell. The campaign, on the other hand, doesn’t sound like much. We’ve known from the start that Titanfall has no real single-player — it’s one in the same with multiplayer as you’re playing with others. While there will be specific things that can only be seen in the campaign mode (set pieces, etc), the story levels will be taking place on the same levels you’ll get in multiplayer. You’ll play through the story from each of the rival faction’s perspective (IMC and Militia forces), and the entire campaign will take around four to five hours to complete.

If you’re okay with just a primarily multiplayer experience, you won’t mind the length. I’m getting into Titanfall for multiplayer, and with the way things are looking for the rest of the year it looks like Titanfall may be one of the only major competitive FPS games launching in 2014, giving it the potential to really grow a player base. It will at least hold me over until Destiny is released in September. No idea if the multiplayer will be any good with that one, but it is Bungie after all.