The French army will finally be playable

They Shall Not Pass, the first expansion pack for Battlefield 1, will drop in March 2017.

This is the one with the playable French army (an unfortunate omission from the base game), as well as more maps and weapons, as you’d expect. DICE isn’t showing the maps as they’ll appear in-game yet, but the studio does have some “concept exploration” images that can clue us in to what’s ahead. 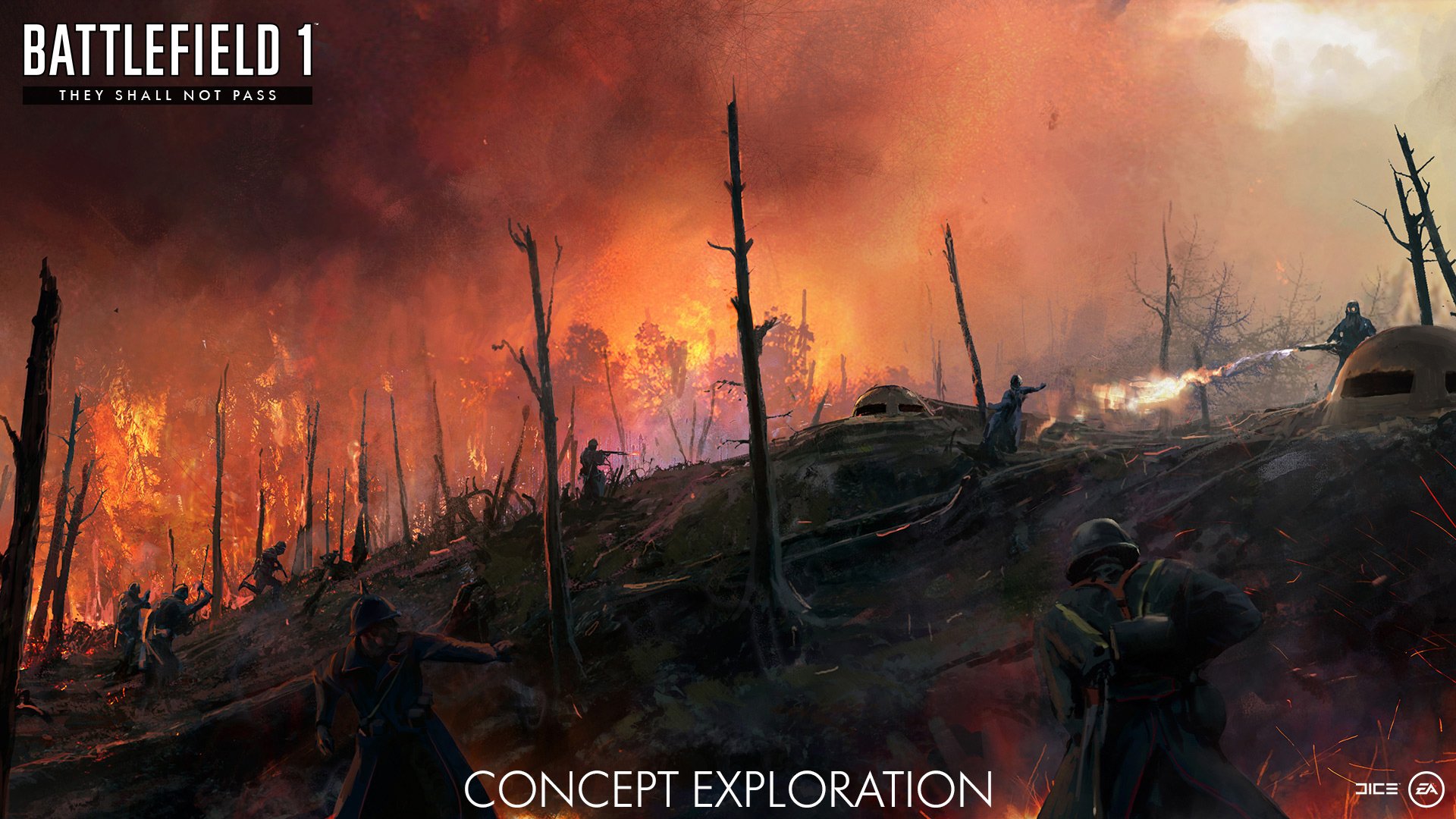 “Around 1 million shells were fired in the opening barrage of the Battle of Verdun. This created massive forest fires around the fortified city and the battlefields surrounding it. Soldiers tell stories of being able to see these fires from far away. We really wanted to capture this initial fighting in a battle that came to be known as the Devil’s Anvil.” 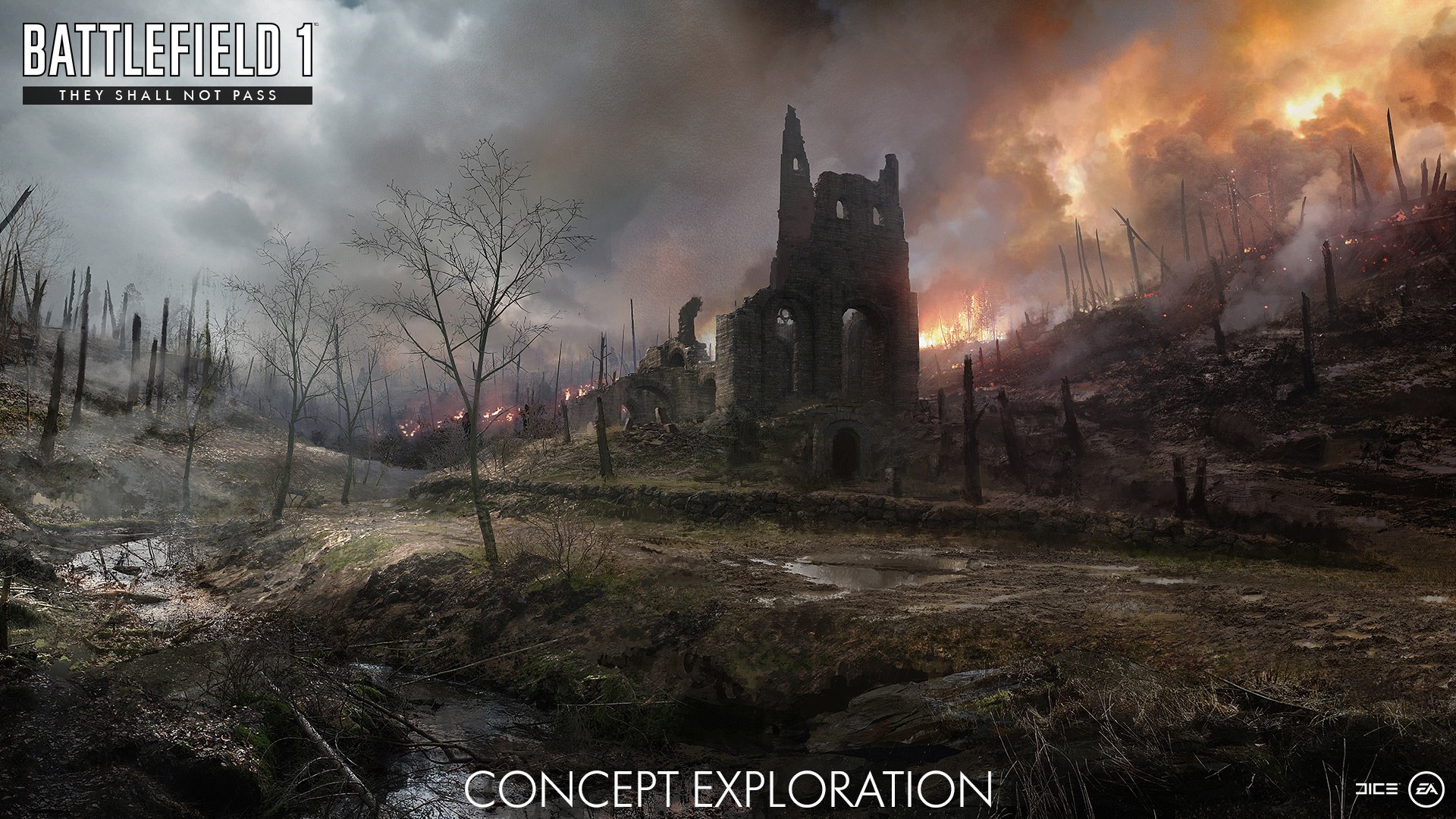 “The initial fighting around Verdun quickly transformed villages like Samogneux and entire forests into shadows of their former self. Verdun turned into the longest battle of the war lasting 9 months which completely transformed it. We wanted our players to be part of these initial intense attacks in the cold February of 1916.” 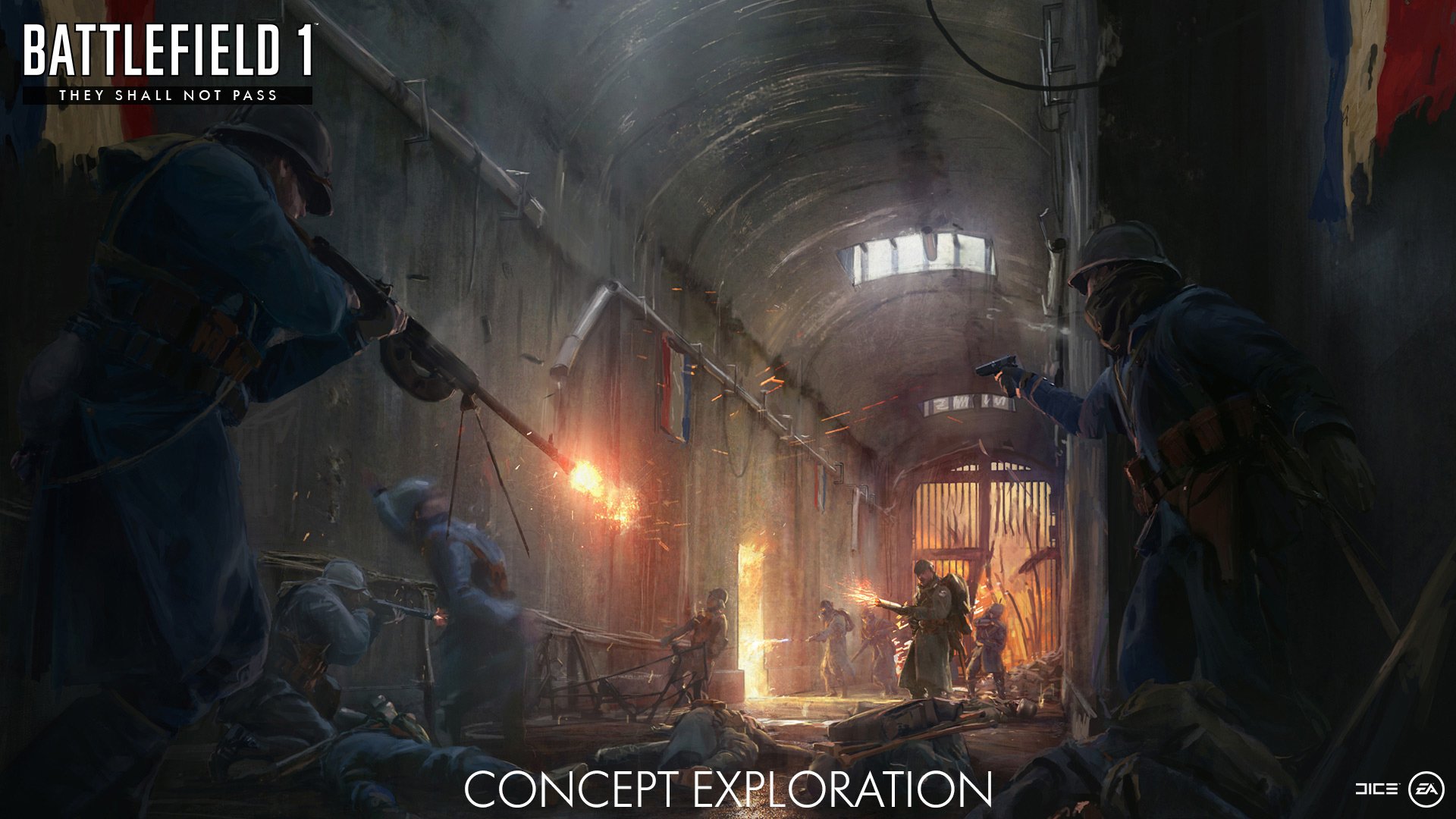 “The stories of the heroic garrison inside of Fort Vaux inspired us deeply, they fought a tough battle for every inch in the dark in these underground corridors. Down here in the maze of dark galleries the French and Germans fought ferociously with grenades, flamethrowers, and poison gasses.” 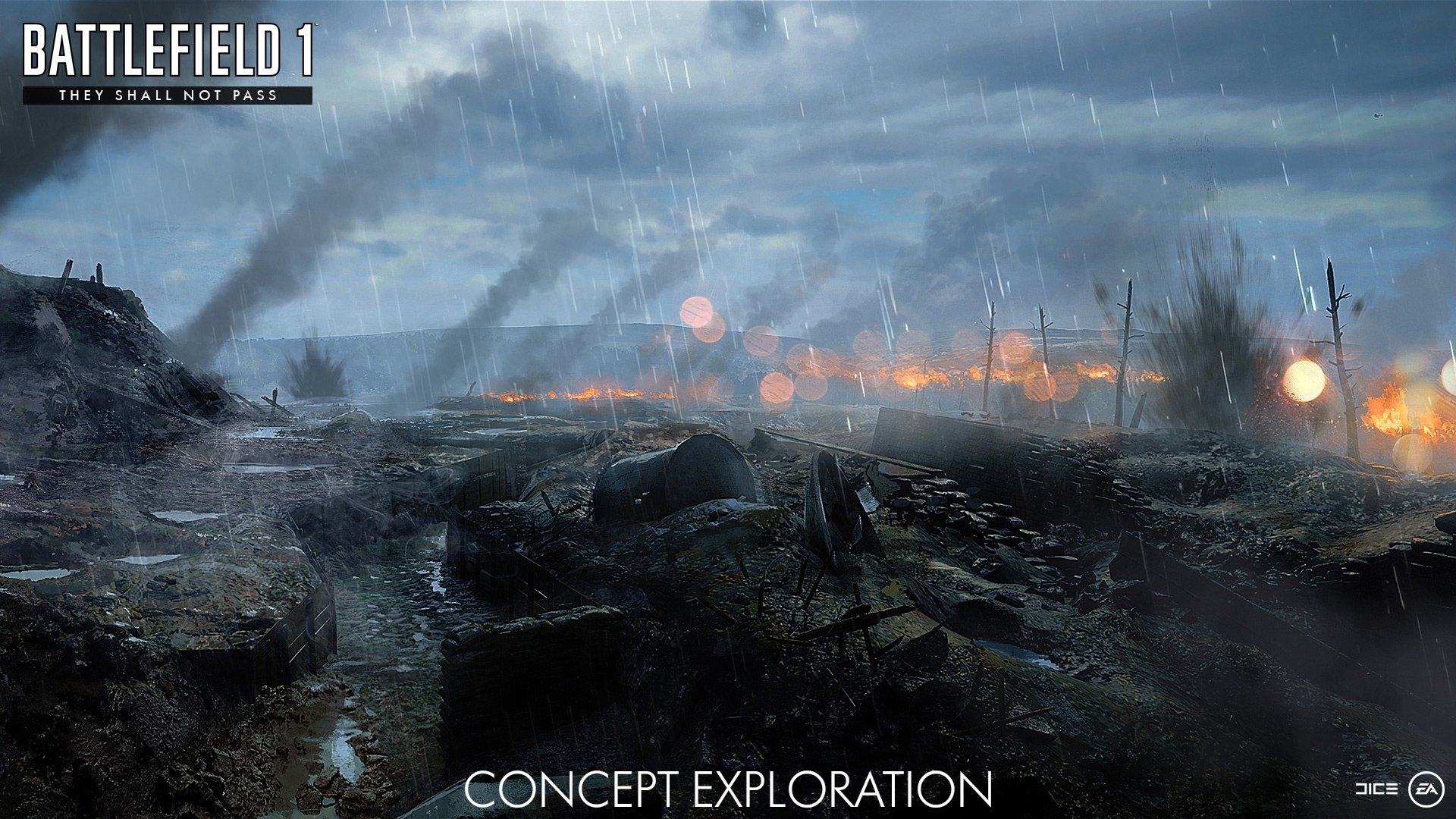 “Some 40 million artillery shells were fired over the course of the battle at Verdun, pulverizing the ground, turning the earth into a shattered lunar landscape. And underneath some of these trenches, tunnels and underground fortresses provide for new experiences yet unexplored in Battlefield 1.” 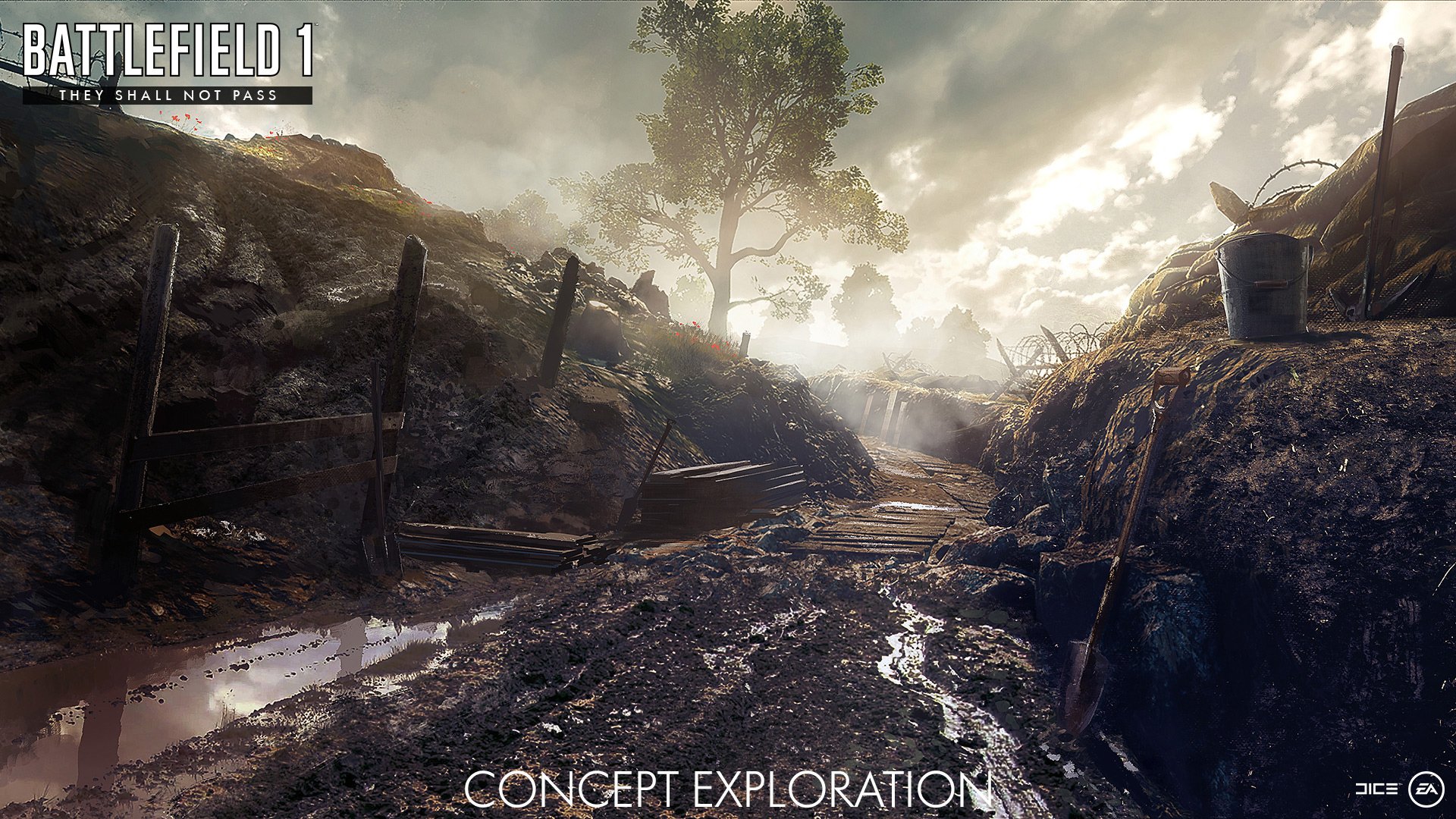 “In contrast to Verdun the Battle of Soissons in late 1918 inspired us to create a new set of maps that captures the massive French tank assaults. The fighting revolves around key bridges over the Aisne River and something big lurks around the village of Fismes.”

Admittedly, close-quarters combat in underground corridors isn’t my ideal Battlefield experience, but everything else here sounds good to me. And as much as I really do not want to buy the expansion pass, I know I’m going to want more maps eventually. Come March 2017, I’ll probably be a goner.

In the much more immediate future, the Giant’s Shadow map is coming as a freebie tomorrow, December 20 for all players. Folks who pre-ordered or own the pass have had it since last week.

They Shall Not Pass: A Glimpse of the First Battlefield 1 Expansion [Battlefield]