Probably from the trolled Kickstarter debacle. After not hitting their goal they came back for more, and, they’ve made quite a bit of progress about a year later. I had a chance to play it as part of the MomoCon Indie Game Award Showcase event, and even though it’s in early alpha, I’m digging it.

So what is it? Think shmup meets Fractured Souland you’d be on the right track. 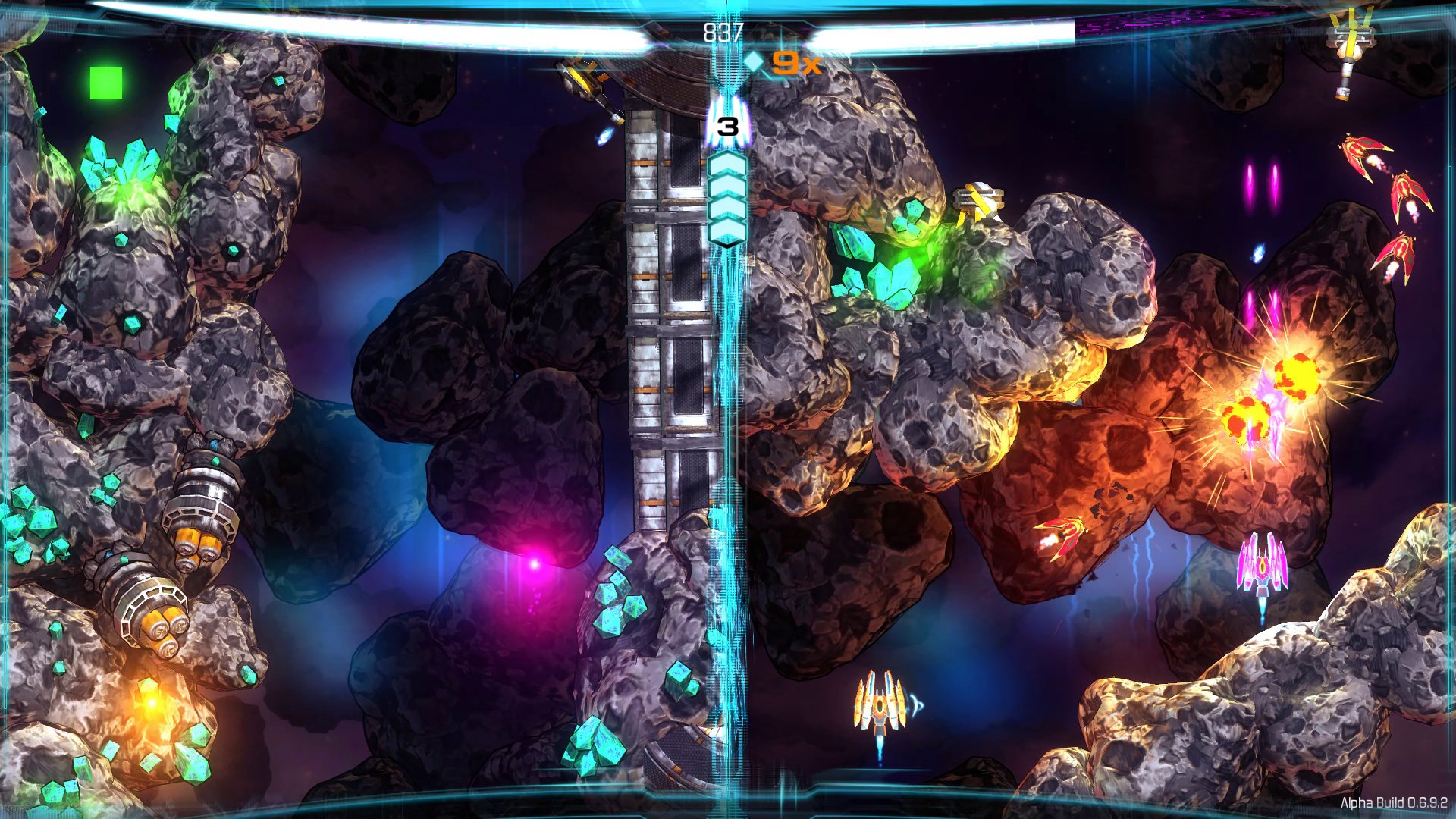 Essentially, the screen is split in two — with one side hosting your ship, and the other, a spark of sorts. Players have the option to swap between screens at any time, and the spark is merely a guide, showing them where they’ll end up. As you can imagine, there are a number or different and interesting scenarios involving the asymmetrical screens, with hazards, bullets, and enemies with varying patterns on either side. The difficulty ramps up significantly after the first tutorial stage, with constant swapping while you’re avoiding obstacles and enemy fire.

You’ll also need to occasionally swap too due to the ammo mechanic, as each side has its own ammo meter. To recharge, you’ll need to change over — a vocalized “energy low” sound effect is helpful, as one doesn’t need to look up to babysit the meter. This is especially important on boss fights, where both sections face off against their own foe with their own individual health bars. As a vertical shoot ’em up it needs a bit of polish, but there’s something really special here already, and the promise of a co-op mode has me even more intrigued. There isn’t a whole lot to go on at the moment with its scrappy yet admirable art style, but it’s officially on my radar.