I’m still poking around inMarvel Ultimate Alliance 3. I have all the secret characters and most of the Infinity [Challenge] rooms completed, but it’s fun to try and mess around with fighters I haven’t played yet and recruit new players into the fold.

I’ll be doing a lot more than just occasionally jumping back in by the end of September though, as Nintendo of Europe has announced that the first DLC pack, The Curse of the Vampire, arrives on September 30. Note that this is part of the required season pass (no piecemeal purchases here), but you’ve probably had enough time to decide if you dig the game or not and want more.

DLC Pack 1 centers around Marvel Knights, a saga that heavily features The Punisher. Joining him will be Daywalker Blade (who is returning in MCU form in a few years), living vampire Morbius (who is now relevant in the film world with a Jared Leto production in the works), Moon Knight (who really needs to be in a film at some point). Note that this is the first clear time we’ve had a look at the in-game models for each character and not just concept art: Blade looks on point!

As a reminder, paid DLC packs include story missions, new characters (the standard seems to be four), and additional challenge rooms/modes. Colossus and Cyclops are coming as free DLC on August 30 (they’re already in the game, just not playable), and two more paid DLCs are coming in the future, based on the X-Men and Fantastic Four properties. Here’s a full updated breakdown! 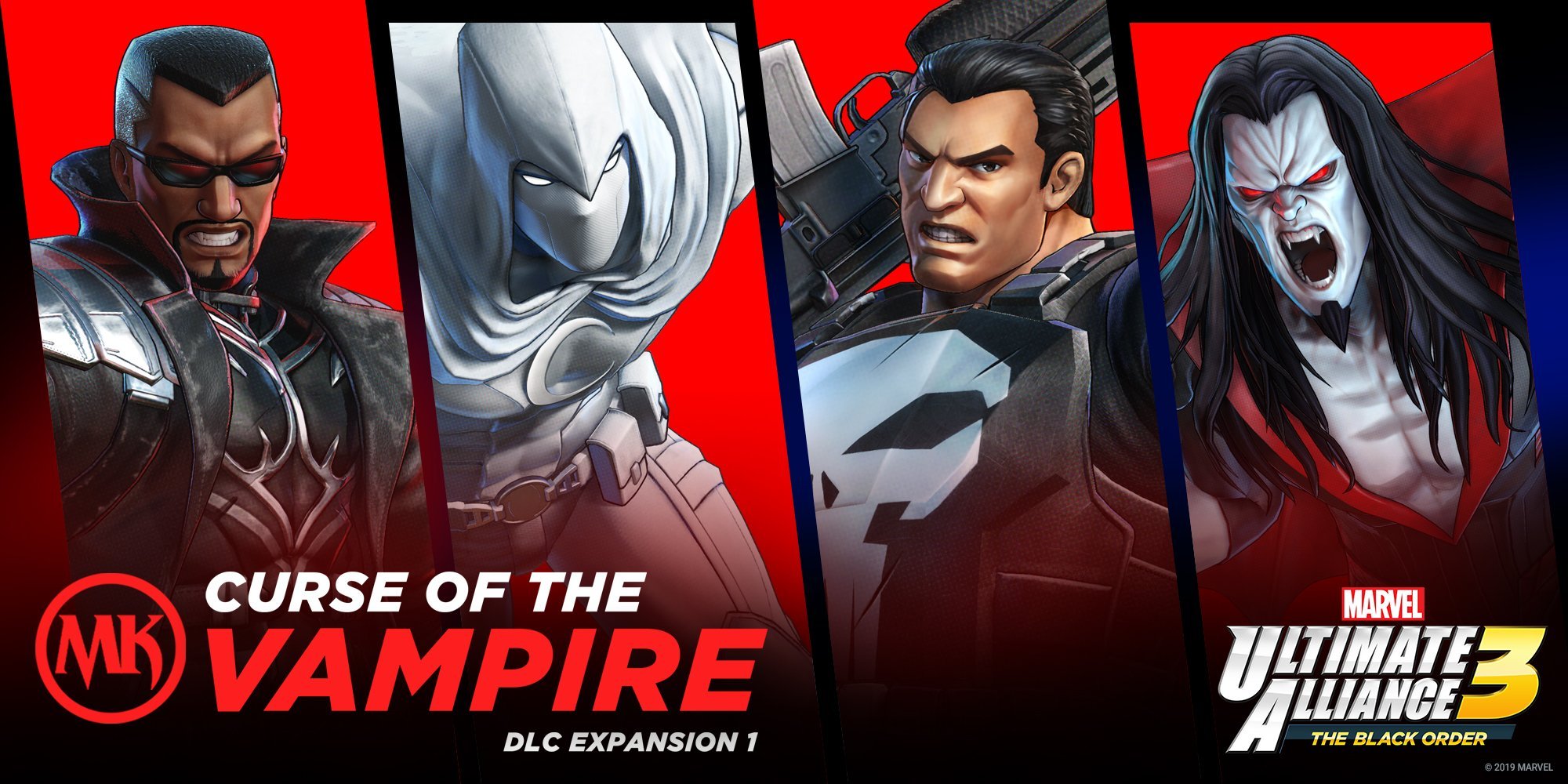