This is harder to write than you’d think

In 2005, Russian developer Ice-PickLodge released Pathologic, apsychological horror adventure survival role-playing video game that found huge success in Russia and was all but ignored in the West. A mostly-terrible translation and a lack of advertising rang its death knell, and it was largely forgotten.

Pathologicinfuriates me, inspires me, and will probably always be a small gremlin that nestles itself comfortably in the lower recesses of my anxiety-ridden skull. Quintin Smith of Rock, Paper, Shotgun wrote about it in three parts (read these, savor them like small bits of meat stuck between your teeth) in 2008, the year I graduated high school. I wasn’t quite sure what I wanted to grow up to do, and writing certainly wasn’t on that list. But Smith’s dissection and keen observational perspective infected me, stayed with me, and convinced me years later that, hey, maybe I did want to try this. So I’ll always appreciate both Pathologic and Smith for that.

But around this same time last year, a review key forPathologic HDcame to my e-mail doorstep, staring at me and daring me to live up to what I wanted for so long. I had never played it, but had dreamed of immersing myself into this uniquely Russian grimworldof pestilence and coming out damaged in a way that I could chronicle and share and earn a showering of praise.

Instead, I found a husk of game barely held together with digital sinew, and after fifteen hours of suffering through it (this sounds dramatic, but this game is nothing if not a close examination of suffering, futility, and failure), I began cheating my way through it just to see the end. I invalidated every theme of the game by making myself invulnerable and able to fly through solid structures just because I was so fatigued by jogging across the town ad nauseam. Eventually, my patience went from thin to death-starved and I began to enter console commands that allowed me to teleport from questgiver to objective in seconds. I essentially robbed myself of really playing Pathologic.

And I didn’t even write about it! To this day, this is the only review I simply abandoned. There are many preview appointments I’ve had at events that I never ended up writing about that sit with me forever, enveloping me in an instant cold sweat when I think of the time that was afforded to me that I didn’t capitalize on. I promise you, writers spend 1,000% more time thinking about what they failed to write than what they have on the horizon.

So fuck it, let’s write about Pathologic: The Marble Nest, which Ice-Pick describes as “neither a demo (because it features a very limited number of mechanics), nor an alpha version of the realPathologic(because it’s a separate story with its own self-contained plot).” 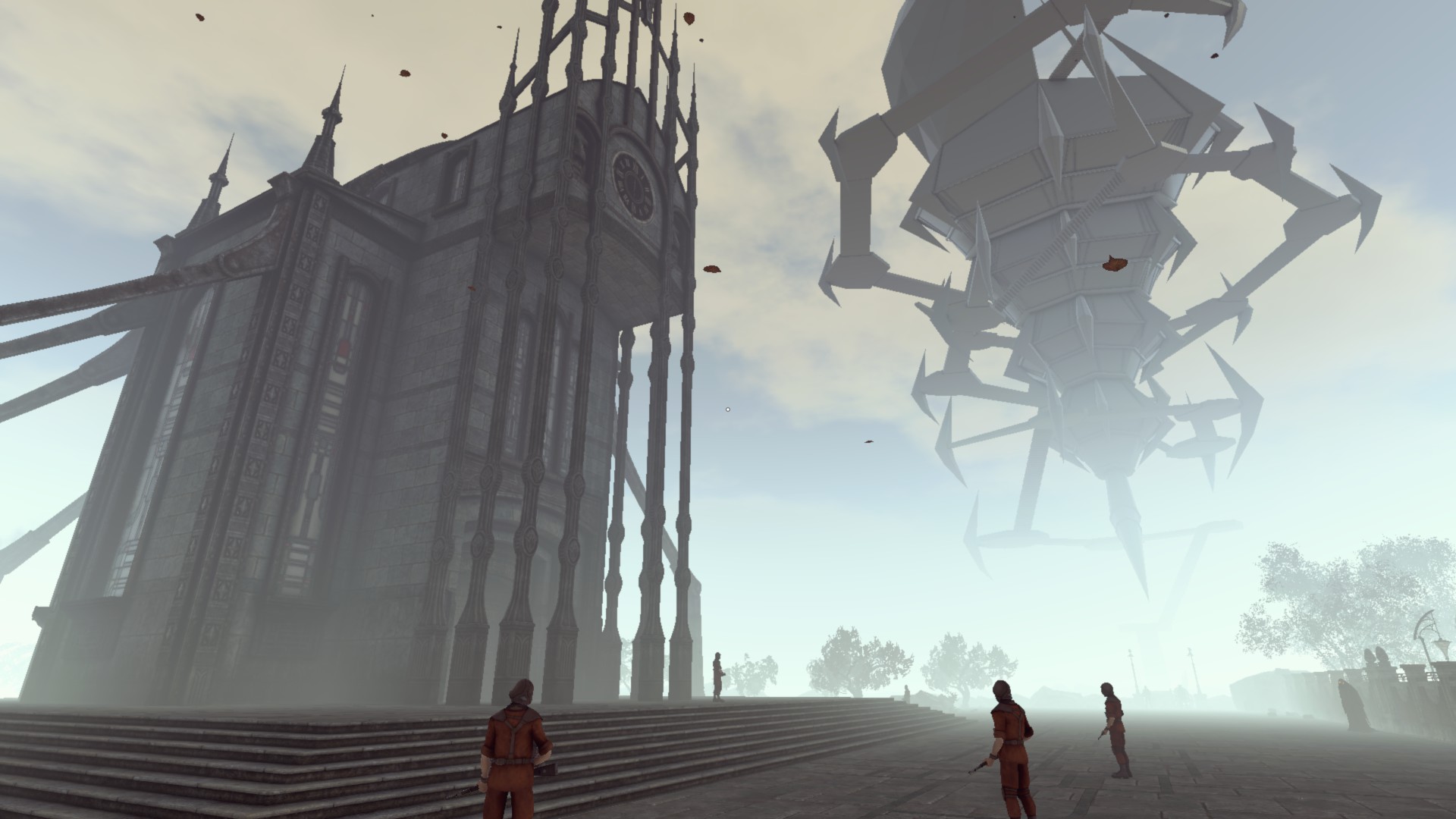 God, Pathologicis a hard sell. It’s a first-person survival horror role-playing thingthat is not about the shooting, nor is it simply about walking from point to point only to be regaled with exposition. In the original, you played as one of three healers — the Bachelor, the Haruspex, or the Devotress/Changeling — and you were given 12 days to save a small town from the Sand Plague, which is killing hundreds of townsfolk by the hour. This is a game that allows you the space to fail, and will not pick you up and allow you to try again. You will make poor decisions and live with them. Did you trade your only gun for a loaf of bread so that you can re-double your efforts on finding the source of the plague the next day with a fullbelly? Good luck dealing with the panicked people who wish to harm you.

In The Marble Nest, Ice-Pick’s small separate side story designed to give people a taste of how this re-imagining will take form, you only play as the Bachelor. While there are no weapons to be found, and all of the resources seem to exist in a non-punitive state (health, hunger, immunity, exhaustion, infection are all there, but don’t dwindle as much as I’d expect), I’m confident that this remake will help Pathologic find the wider audience that it so desperatelyneeds.

It begins with a dream, in which the Bachelor is confined in a house and seems to be challenged by the Plague itself, goading him to try to understand death. Not just death as the ceasing of consciousness, but as an end. I don’t even know what the Plague is getting at yet, or if it’ll ever make sense to me. The translation in The Marble Nestis much better, but the chimerical nature of the conversations always makes it feel as the dialogue trees you engage in are only offering responses to words that haven’t been said. I wouldn’t have it any other way. 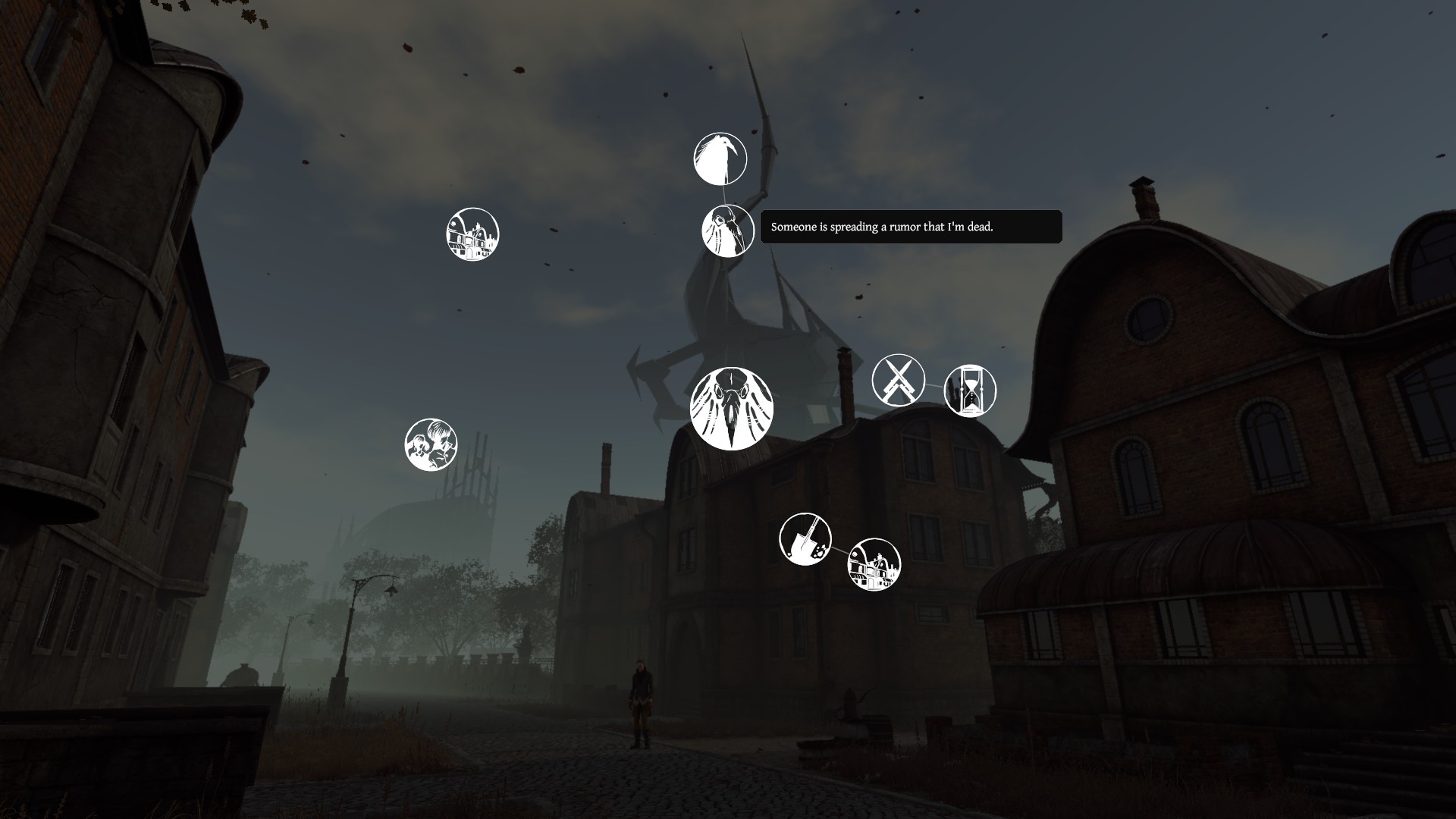 After the dream, the Bachelor can explore a reasonably-sized chunk of the town. In the original Pathologic, it was often difficult to find exactly what you were expected to be and how you could enact change in the world. Instead of receiving letters each day to explain what had changed in the town and who was waiting for your presence, the remake uses what Ice-Pick is calling a Mind Map to help you collate your thoughts. At the press of a button, these appear as small bubbles with separate ideas in each one. This helped to guide me to each little story, from discovering that someone was spreading rumors that the Bachelor was dead, to investigating horrifying noises that children were hearing in a nearby house. As I explored each investigatory path, the bubbles in my Mind Map began to connect, forming a circular web, showing that these seemingly-unrelated goings-on were holding hands at night, scheming, me at the forefront of their malevolent plans.

There’s enough here to make this feel like a remake of Pathologic, but cleaned up in a way that makes it infinitely more playable. I was worried that by sanding off the rough edges that I had once gone out of my way to avoid, this game would lose purpose. As Quintin Smith said, “games have incredible untapped potential in the field of negative emotions.” But beyond the streamlining of the inventory and conversation systems, and the recognizable environments (the geometrically impossible Polyhedron you can see in the screenshots I took looks marvelously ghoulish), this is very much the venomous Pathologicthat I love and hate in equal measure.

You can still make the wrong decisions in certain quests, which I was deeply afraid Ice-Pick would take away in its sanitization of this bizarre game. When I tended to a boy whose father had just succumbed to the plague, I was in such a rush to find out more about his father’s death that I ignored him, and he ended up living on the street with the other children. Another sidequest tasked me with getting to the “heart” of a problem, which I responded to by bringing the questgiver an actual, recently-beating heart. He mocked me for this, yet the game still progressed. If there’s anything that sums up Pathologic beautifully, it might be that moment. 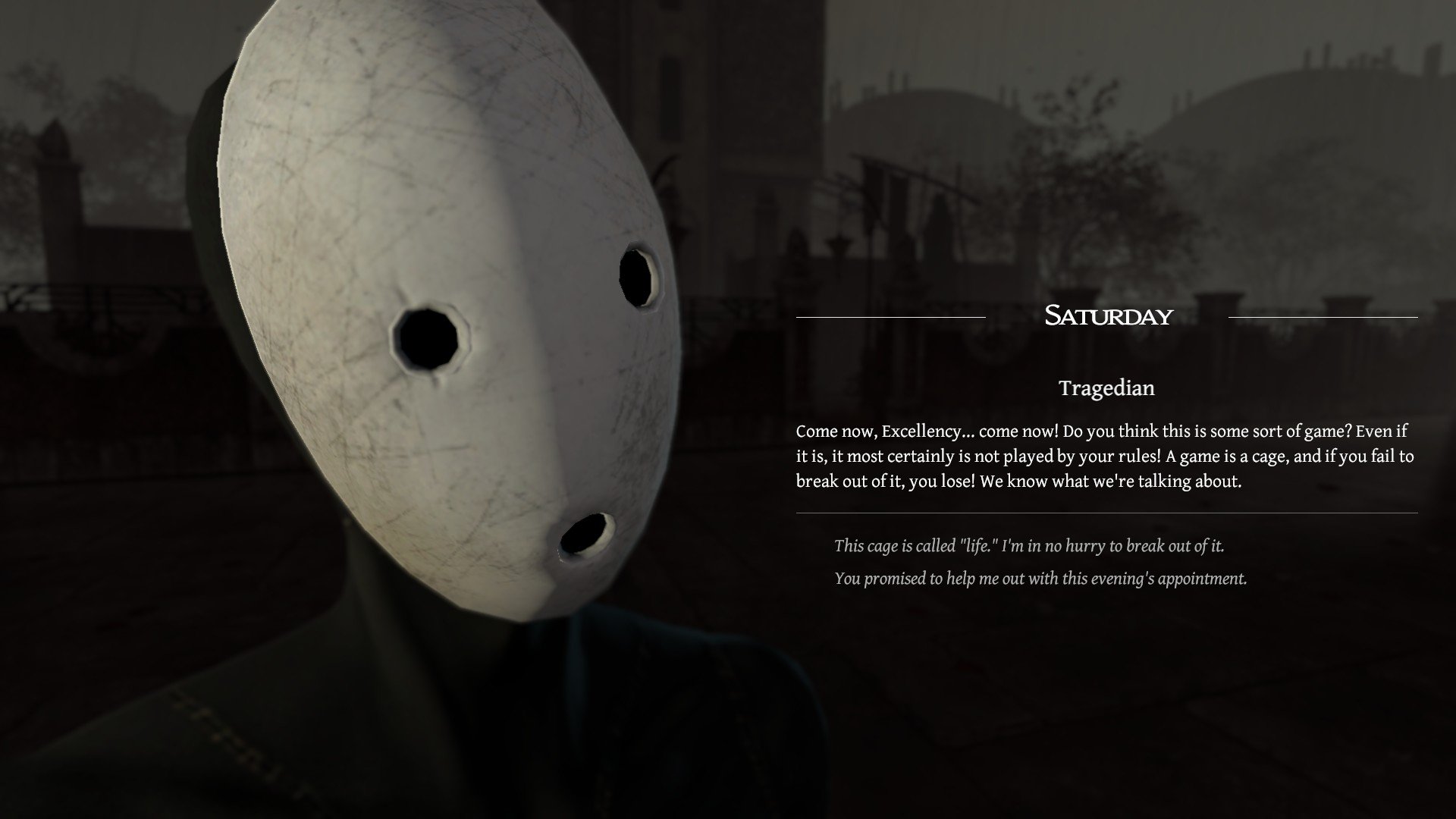 I do worry that my enjoyment of this vertical slice of the remake is due to its small nature. Having quests spread across only a cordoned-off sub-section of the town made it more manageable, and doesn’t do much to assuage my fears that the full game will end up being such a willpower-crushing meatgrinder. Perhaps with the other improved systems removing some tedium, it won’t be so difficult to dedicate tens of hours to such a dreary look into death’s disinterested eyes.

But again, will the various themes and messages of Pathologictranslate when it becomes more “fun” to play? In making it more playable, will it lose its identity, becoming as homogeneous as the many survival games it so presciently predicted? It’s hard to say, but as far as gaming goes, these are the answers I most want answered in 2017. I hope to see Ice-Pick Lodge become a household name in the industry, because even if Pathologicis devastating, broken, and downright nasty, Ice-Pick is reaching farther than so many studios to tell its story.

The Marble Nestis currently only available for press and those who backed the game on Kickstarter two years ago, but there are plenty of playthrough videos available on YouTube. The full Pathologic remake is coming out on PC, PS4, and Xbox One next year.