The best stuff on Destructoid this week [5/17]

Changing my name to Blue Sadman

I don’t know how my hair works. There are things in this world that I don’t have control over: the widening chasm of monetary inequality, people liking Resident Evil 5, appearing to be blazed in internet videos, a third season of Spice and Wolf being made.

My hair tops them, though. It is like an autonomous being. I to this day don’t know which way it’s meant to part. It’s like it decides day to day. The best I can do is try and tame it. Or take attention away from it in pictures by trying the sexy, breathy mouth-a-little-bit open look. Anyways, I need a haircut and a personal stylist.

Final Fantasy XIV: A Realm Reborn made me a fan of MMOs – Brett Zeidler

Brett “Hot Piss” Zeidler was lured to an MMO by fat Chocobos, but he went and wrote a whole article to try and explain that simple fact away, talking about the quality and remote play and it feeling like a Final Fantasy game.

As a huge handheld gamer, being able to pull out my PlayStation Vita in between classes and knock out a couple quests through Remote Play added so much to my enjoyment of the game. Things like first-person shooters don’t work well on Remote Play because of slight input lag, but FFXIV is perfect as it’s not imperative to have precise input. Remote Play is reason enough to pick up the game on PS4 over PC, if you ask me.

Playing catch up: It’s about time the Xbox One dropped the Kinect – Steven Hansen

Steven “Arty Boobs” Hansen applauds Microsoft’s decision to unshackle the Kinect from the Xbox One, even if Microsoft made assurances that it wouldn’t do that, which is probably leaving certain Xbox One owners in a tiff.

The official line on the Kinect-free Xbox One model will be about choice. Giving consumers choices. This is a lie, of course. More blatant than, “As excited as we are about the new Xbox One option, clearly if you use Xbox One with Kinect, you have the best experience,” which is easily internalized. Microsoft had already tried to assuage early adopters and entice fence sitters when it firmly announced, “no plans” for a Kinect-free Xbox One less than three months ago.

This week on Hardline, I joined my good friends Steven Hansen and Hamza Aziz to talk about Microsoft’s recent moves to make the Xbox One more appealing and how, while it’s nice that the Kinect will become optional in June, there’s plenty of catching up to do with Sony.

This week, I stop mucking around with condiments, pasta, and watercolors and just do a good old-fashioned drawing. The subject? Geralt of Rivia, The White Wolf, star of The Witcher books and games. While drawing, I’m asked stupid questions by Bill Zoeker, who doesn’t know anything about Witchers. Also, we eat very sour candies.

Hey some dude in the comments said I should do this drunk so Max made me drink malt liquor. Anyway here are the reviews I reviewed last week (as well as a couple more that went up after the video). 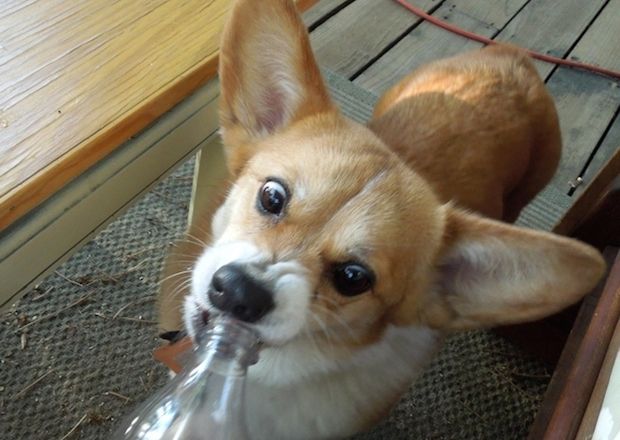 I’ve had plenty ask me why Destructoid has not run any of the ‘leaked’ E3 floor plans and documents this past week. None of them looked legit, and no one could confirm their contents, so we skipped ’em. But these lists had me daydreaming this week, thinking on upcoming titles and making up a few of my own. Here’s what I dreamt up.

I’d like to think that it says a lot about a game when they’re willing to tackle a more personal story set during a time of war. And to be frank, I find that level of humanity is missing from other games that are set in war. In one sequence, I was controlling the character Emile, who was awakened by his dog after surviving a bombing raid. Even with the cartoon aesthetic, the carnage seen from traversing the ruins of the base, along with what remained of the soldiers was tough to witness. I found more honesty, and more emotion in this scene than most other games about war.

H1Z1, as I saw it, was almost completely unplayable – Brett Makedonski

H1Z1randomly drops the player directly into an open, yet somewhat forested setting. It’s technically eastern Oregon, but it’s supposed to feel more like smalltown America. Going into the demo, I was told that surviving the first day would be the goal — a very difficult goal, at that. Equipped with only an axe and a torch, I was left to fend for myself.

Gamers who are short a hundred bucks got some great news this morning with the announcement of an Xbox One sans Kinect, for a somewhat reasonable $399, coming June 9th. Sunset Overdrive has been revealed properly, and hot snacks, it looks like a good time. Pokémon Ruby and Sapphire are getting the 3DS treatment, Never Alonelooks really lovely, and a new Unreal Tournament could be quite a lot of fun, especially for free. Dying Light and the console version of Elder Scrolls Online are being delayed. We get our first look at Zak Snyder’s Batman and Batmobile, and H.R. Giger has gone to that great big derelict spacecraft in the sky.

In a post on Xbox.com this morning, Head of Xbox Phil Spencer has announced that Microsoft will begin selling Xbox One without the flagship motion-sensing, voice-controlled device Kinect. This new option brings Xbox One’s price down to $399, which is right in line with Sony’s PlayStation 4.

Far Cry 4 will launch on November 18 in the United States and November 20 in EMEA territories, Ubisoft announced today. The open-world first-person shooter is coming toPlayStation 4, Xbox One, Windows PC, PS3, and Xbox 360. Sorry, Wii U fans.

Microsoft and 343 Industries have revealed that the next installment in Master Chief’s continuing saga will be Halo 5: Guardians. It is scheduled to only come to Xbox One, and is slated for a fall of 2015 release window.